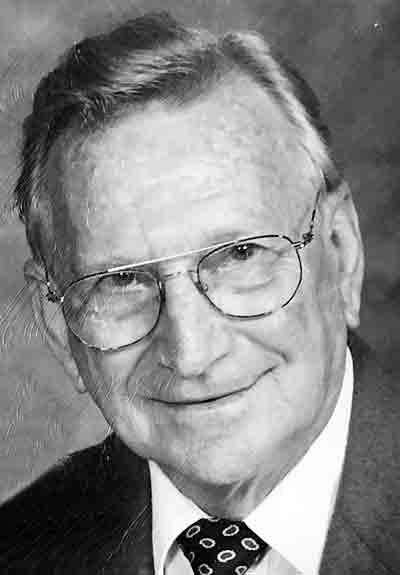 Harry Max Cogswell, 94, of Marietta, Ohio, died Monday, July 27, 2020, surrounded by his loving family. He was born on January 17, 1926 in Marietta, Ohio, to Benjamin Raymond and Linney Maude Caskin Cogswell.

Harry was a 1950 graduate of The Ohio State University, receiving his B.S. in Agriculture. He served his country in the U. S. Navy during WWII. Harry was the founder and President of Apex Feed & Supply, Inc, beginning in 1952.

He was preceded in death by his wife, Anne Chancellor Cogswell, whom he married on August 24, 1949; sisters, Virginia Boord and Ruth Dake; and brother, Clifford Cogswell.

Friends will be received today from 2 to 4 and 6 to 8 p.m. at the Marietta Chapel of Cawley & Peoples Funeral Home. Due to COVID-19, safety precautions will be taken, with that in mind, the 6-foot rule will be honored and all guests are required to wear a mask. For the safety of everyone, we politely ask that visitors do not linger at the funeral home after seeing Harry’s family.

Funeral services, with same precautions, will be held at 11:00 a.m. on Saturday, August 1, 2020, at the Marietta Chapel of Cawley & Peoples Funeral Home with Melody Hoskinson officiating. Burial will follow in Oak Grove Cemetery in Marietta.

Cawley & Peoples Funeral Home is honored to serve Harry’s family and offers online condolences and many other resources by visiting their website, CawleyandPeoples.com.