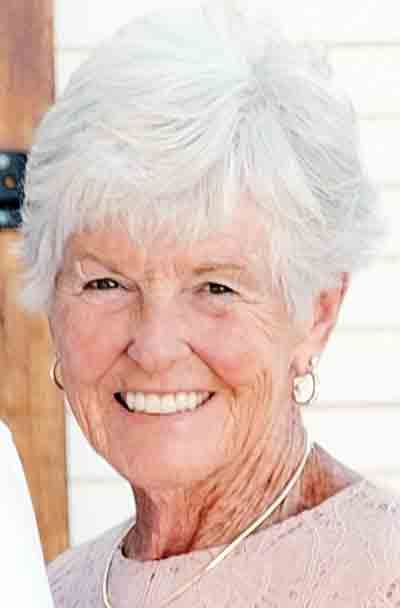 Betty Jo “BJ” Hathaway (Hupp) passed away peacefully on July 29, 2020. She was born to Harold A and Bertie Marie Hupp on July 2, 1941 in Parkersburg, West Virginia. She is a 1959 graduate of Parkersburg High School.

She married her high school sweetheart, Thomas R. “Tom” Hathaway, in 1959 and had two sons, Thomas Ray II “TR” and Harold “Scott.” They were married for 57 years before his death in 2016.

BJ was a vibrant and active member of the community throughout her life. Growing up, BJ worked for her father at Hupp and Wharton Cadillac and Oldsmobile. She was proud to be a pioneering female force in the auto industry. She and Tom started Superior Motor Company in 1973, adding a Toyota franchise in 1979, and later Hyundai. She served on the Junior League, Altrusa, Parkersburg and West Virginia Auto Dealer Associations. She was named Sports Illustrated All Star Dealer in 1993. BJ had a love of life and creating fun for all surrounding her. She prided herself on maintaining and nurturing lifelong friendships. She was thankful to surround herself with close friends, both in Parkersburg and Fort Myers, Florida, where she spent many winters, many of whom she had known since grade school. She loved entertaining and hosting happy hour, her magnetic personality made her the life of the party. She also enjoyed golfing with friends and family, and traveling the world.

She is preceded in death by her parents, Harold and Bertie Hupp; her step mother Esther Jean Hupp; her husband, Thomas R Hathaway; Son, Scott Hathaway; and sister, Patricia Kelly.

Memorial Service will be held at a later date. In lieu of flowers, family and friends may make a donation to the Parkersburg High School Foundation, in BJ’s memory. PHS Foundation 2102 Dudley Avenue, Parkersburg, WV 26101 or visit www.ParkersburgHighSchoolFoundation.org.