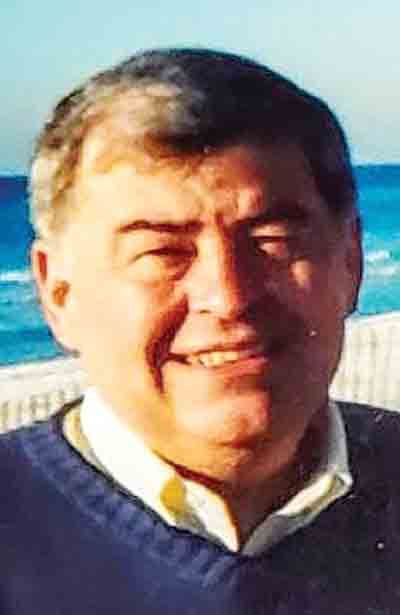 While it is impossible to capture all of the significant events and people in Tom’s life:

Tom was appointed to Mountaineer Boy’s State in 1962, pioneering the first “father-son” pair to attend WV Boys State, as his father Ed was an alumni from the West Virginia Boys State’s second year in 1942.

Tom was a true Big Red. As a Graduate of Parkersburg High School class of 1963 his pride, honor and support never faltered. After graduating High School Tom attended West Virginia University where he earned his degree in Industrial Management, was a member of the Sigma Nu Fraternity, and played basketball at the WVU Parkersburg branch.

Tom served in the United States Marine Corp Reserves from 1967-1973. Tom was on the starting line up of The Courthouse Bay Engineers Basketball team in ’67-’68 — with the team winning the 1968 Marine Corp Championship at Camp Legeune, NC.

In his professional career, Tom primarily worked in sales and marketing before becoming an independent contractor in the advertising, mailing and printing industry.

Tom was a member of the American Legion, BPOE, Vienna Masonic Lodge 172, Nemesis Shrine, and Royal Order of Jesters Court 156.

The first 2006 School Boy Golf Tournament was planned and organized by Tom, to support Alumni for Athletics, and has since become an annual event.

Tom will forever be remembered for his concise, direct mannerisms — but most significantly — his memory recall of trivia and facts. Ever there was a perfect “phone a friend” it was Tom Longmire. You would rarely find him stumped, and if you did — he knew who to call to find out. He is a lifelong legacy member of the 19th Street Country Club, Parkersburg, WV.

Tom had a natural gift at connecting people. He ran with, relied on, and supported “the best of the best” and could equally be called upon by friends, regardless of the need. He was a loving, kind, generous man of his word, and of his faith as a member of the First United Methodist Church of Parkersburg, WV.

Services are tentatively planned for Sat May 23, 2019 at Grand Pointe Conference Center 1500 Grand Central Ave #118, Vienna, WV 26105 — subject to change due to social distancing restrictions. So stay at home and wash your hands for Tom.

Leavitt Funeral Home, Parkersburg is assisting the family with arrangements.