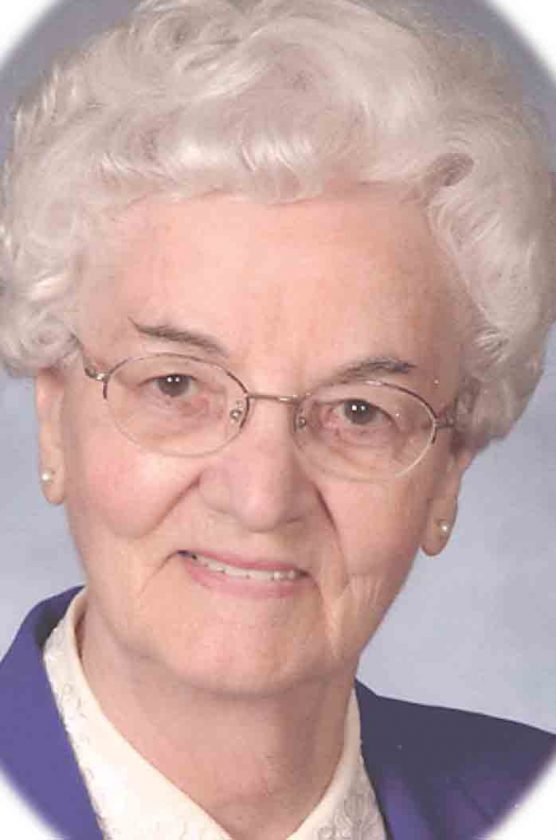 Sister Mairead (Patrick Joseph) Scanlon, daughter of the late Michael and Ellen Barrett Scanlon, died at Mount St. Joseph on Monday, April 15, 2019. She was born in County Limerick on November 25, 1923. Following secondary education with the Sisters of Mercy in County Kilkenny, she left Ireland in 1946 to enter the Sisters of St. Joseph Congregation in Wheeling. She earned a Bachelor of Education degree at Duquesne University and participated in graduate studies at West Virginia University and the University of Dayton.

Sister Mairead (known as Sr. Patrick Joseph) taught elementary students in parochial schools of the diocese: St. Mary’s School in Wheeling; St. Joseph School in Huntington; St. Peter’s School in Fairmont; All Saints School in Bridgeport; Corpus Christi School in Wheeling; and St. Francis de Sales School in Beckley. While employed as “Miss Scanlon” by Wood County Schools in Parkersburg, WV she was elected to the Outstanding Elementary Teachers of the U.S.

In the late 1970’s, Sister Mairead entered a new and challenging phase of her life. After taking courses in clinical pastoral education at Weston Mental Hospital, she ministered for six years through pastoral care to patients and families at St. Joseph’s Hospital in Parkersburg. From 1985 she was a member of the Wheeling Hospital Pastoral Care Department. Retiring April 30, 2013 she continued to volunteer until September of 2016.

In addition to her parents, Sister Mairead Scanlon, was preceded in death by her brother, Patrick Scanlon and a sister Mary Liston.

In addition to the members of her community, she is survived by a sister, Sr. Catherine Scanlon who is retired and living in England. She also has many nieces and nephews in Ireland and in the United States and many friends and students who remember her.

Mass of Christian Burial will be celebrated on Tuesday at 11 a.m. on April 23, 2019 in Mount St. Joseph Chapel with Rev. Jeremiah McSweeney as presider.

Interment in the Sisters of St. Joseph section of Mount Calvary.

Memorial contributions may be made to Congregation of St. Joseph, 137 Mount St. Joseph Road, Wheeling, WV

Online condolences may be offered to the family at www.altmeyerfuneralhomes.com.