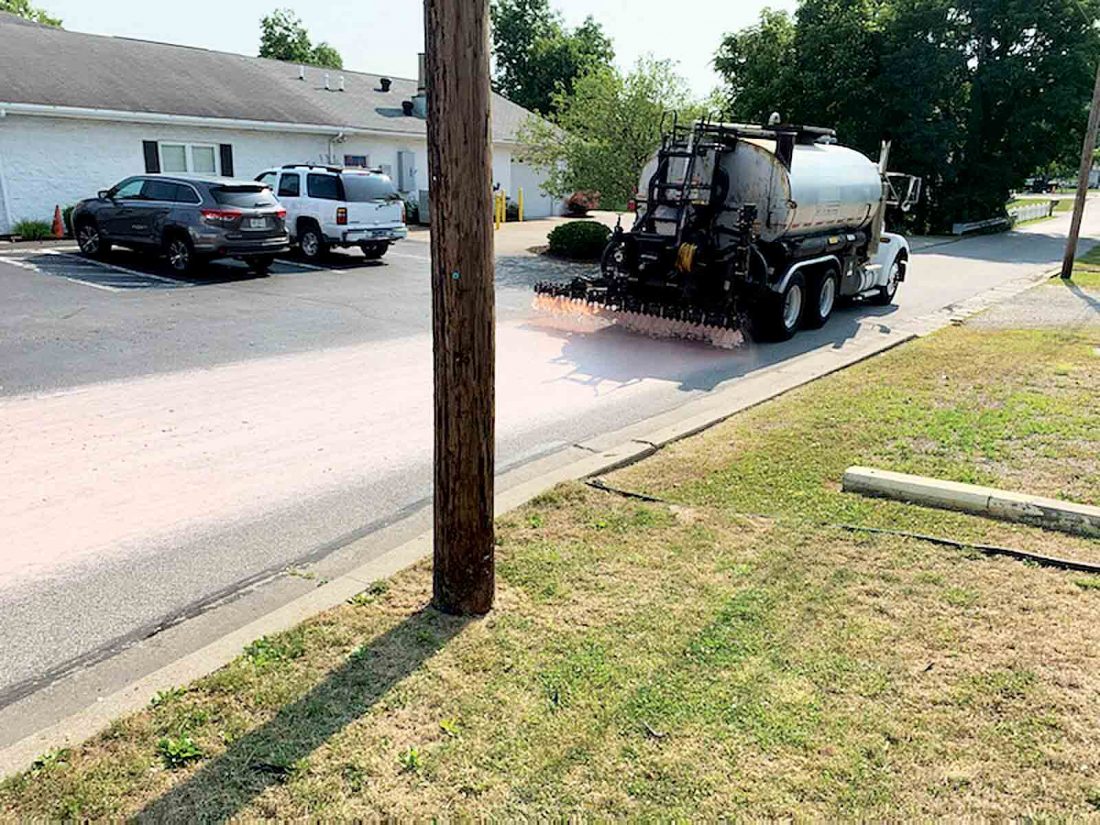 A truck from Pavement Technologies in Ohio treats Niagara Street in Parkersburg Tuesday with a chemical mixture to strengthen asphalt. The city’s paving and rejuvenation project will continue through July 20. (Photo Provided)

PARKERSBURG — The city’s 2020 paving project continues today, Saturday and next week. The work includes both traditional milling and repaving and treating previously paved roads with a chemical to rejuvenate and strengthen the asphalt.