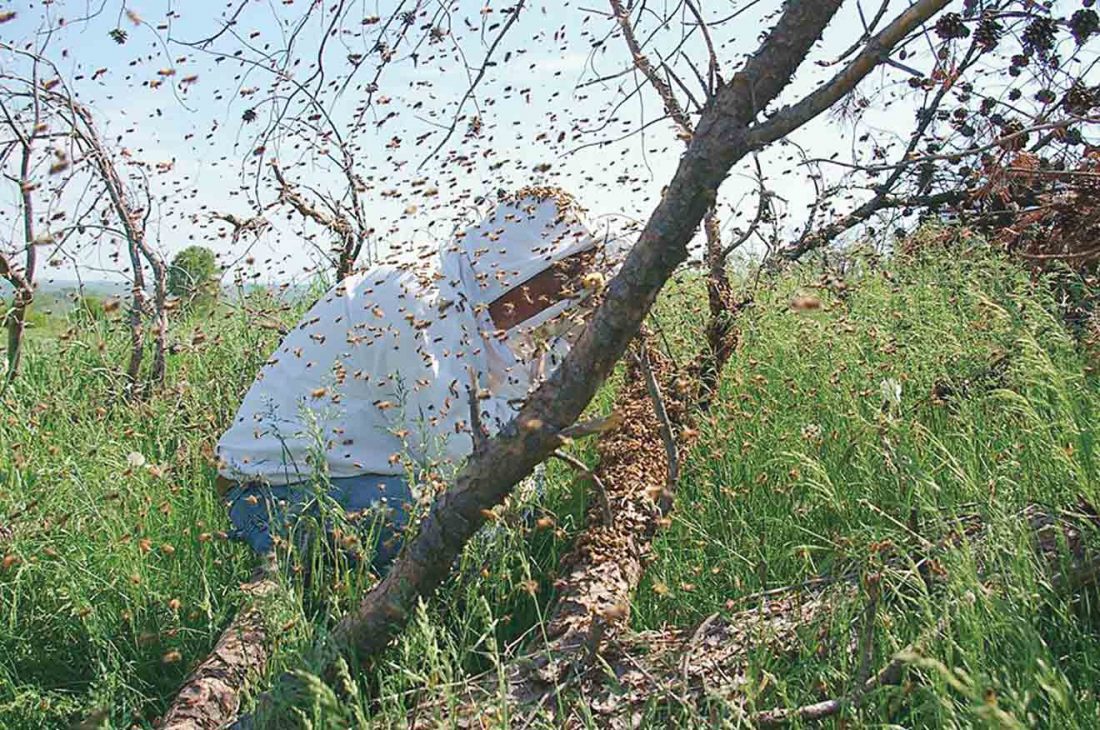 Kenny Bach, president of the Mid-Ohio Valley Beekeepers Association, said he’s personally not concerned unless someone physically brings one to the area.

“They do attack bee colonies. They’ll sit there and pick off the bees, behead them and go after the larvae,” Bach said.

He said in Asia, the hornets would send out a scout, which would work its way into the beehives. The Asian honeybees have learned to take out the scout before they can return to their colonies.

Bach said European hornets, which are similar looking to the Asian hornet, have been in the U.S. for some time, but aren’t a danger.

According to Akito Kawahara, an entomologist from the University of Florida, the Asian hornets are two inches long or more, with a 3-inch wingspan. They have distinctly orange heads and broad striped orange and black-banded abdomens. They are different from typical North American hornets, which have yellow or white bodies with black marks.

Bach said the Asian hornets aren’t a danger to the extent people are led to believe.

Marietta resident Dave Huffer is working on his master beekeeping and owns Bee Barn of Southeast Ohio. He runs approximately 30 honeybee colonies and said most beekeepers are keeping on top of the subject.

He said the Asian hornet could decimate beehives.

“They wait outside the hive as the bees come and go. They’ll pick them off one at a time and they’ll gain access to the hive and eat the rest of them,” he said.

Mike DeVaughn owns Indian Run Apiary. The Marietta resident said he first started reading about the ‘murder hornet’ and blew it off.

He is the aviary inspector for Washington, Monroe, Belmont, Guernsey and Muskingum counties.

“We have something similar that looks like a large yellowjacket and will hang around beehives and eat honeybees,” DeVaughn said. “It’s really not of a concern to people out here.”

The Science News reported in September 2019 that beekeepers tracked down and destroyed a hornet nest about the diameter of a large grapefruit near a public footpath near Vancouver, Canada. Lone flying hornets also showed up on both sides of the Canada-U.S. border.