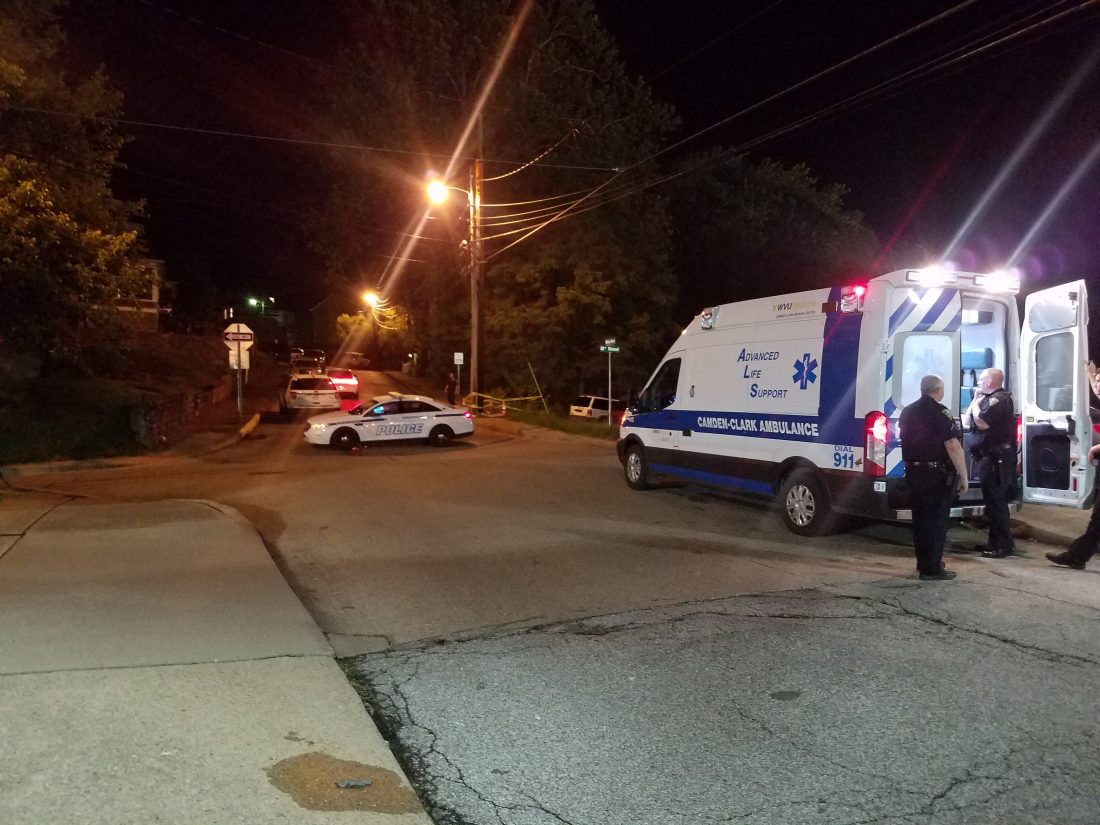 Parkersburg Police vehicles blocked off Quincy and Eighth Street in Parkersburg, for over three hours Tuesday while handling a hostage situation. (Photo by Madeline Scarborough)

Both intersections of Quincy Street in Parkersburg were completely blocked off by Parkersburg Police for over three hours Tuesday night as they handled a hostage situation.

According to Lt. M. Board, the call came in at around 8:45 p.m., and officers worked hard to keep the perimeter clear as to not provoke the suspect.

The hostage, an adult female was rescued with non- life-threatening injuries, but the suspect, whose name has not been released, was not apprehended until around an hour later, because of barricading inside the home. The suspect was said to be armed with at least a gun, but was taken into custody around 11:40 p.m., according to Board.

The suspect will be arraigned Wednesday morning in the Wood County Magistrate Court.

Check for updates online or in Thursday’s edition as more information becomes available.