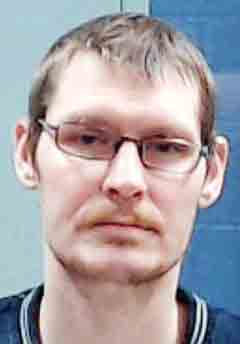 COTTAGEVILLE — An 11-year-old girl died Friday evening after her uncle misfired a gun he was cleaning in their residence, authorities said.

According to a criminal complaint filed with the Jackson County Magistrate Court, Andrew Scott Jackson, 36, 9 Fisher Mobile Home Park, Cottageville, admitted to ‘negligently discharging’ the firearm as he was cleaning, resulting in the bullet striking his hand and his niece in the chest.

Jackson County Deputy Sheriff Ross Mellinger said they receive the call around 11 p.m. Friday. Upon Once arriving at the scene, the girl was beginning to lose consciousness and law enforcement began to give her medical attention while they waited for EMS to arrive.

The girl later succumbed to her injuries after she was taken to Charleston Area Center General Hospital, the complaint said.

Two adults, Jackson and his brother, were in the home at the time of the incident and Jackson was considered to be the caregiver of the children as he was the only adult who was awake, the complaint said.

His mother was not home at the time, but she told law enforcement Jackson had been told multiple times by different people not to do anything with firearms while the children are in the room, the complaint said.

“It’s just wrong on a variety of levels,” Mellinger said.

“There’s a lot of failure that went into making this imperfect storm,” Mellinger said. “You’ve got a convicted felon who shouldn’t even have a firearm mishandling and acting like a fool with a loaded firearm in a room where there’s children present.”

Jackson is being charged with child neglect resulting in death and prohibited person in possession of a firearm. Mellinger said they’re still investigating the incident and other additional charges and charges on others may be filed when the case is brought to the grand jury.

“This case is far from over,” he said.

Jackson is being held at the South Central Regional Jail on a $150,000 surety bond.

Staff Report CHARLESTON — The state of West Virginia is suing an egg supplier for the alleged unlawful increase ...

From Staff Reports CHARLESTON — More than $2 million in Child Advocacy Center grant program funds have been ...

Both U.S. Senators from West Virginia released statements on the guilty plea Tuesday by a Harrison County woman ...