Parkersburg City Councilman J.R. Carpenter looks at information projected on a screen in council chambers during a June 23 meeting of the Urban Renewal Authority. (Photo by Evan Bevins) 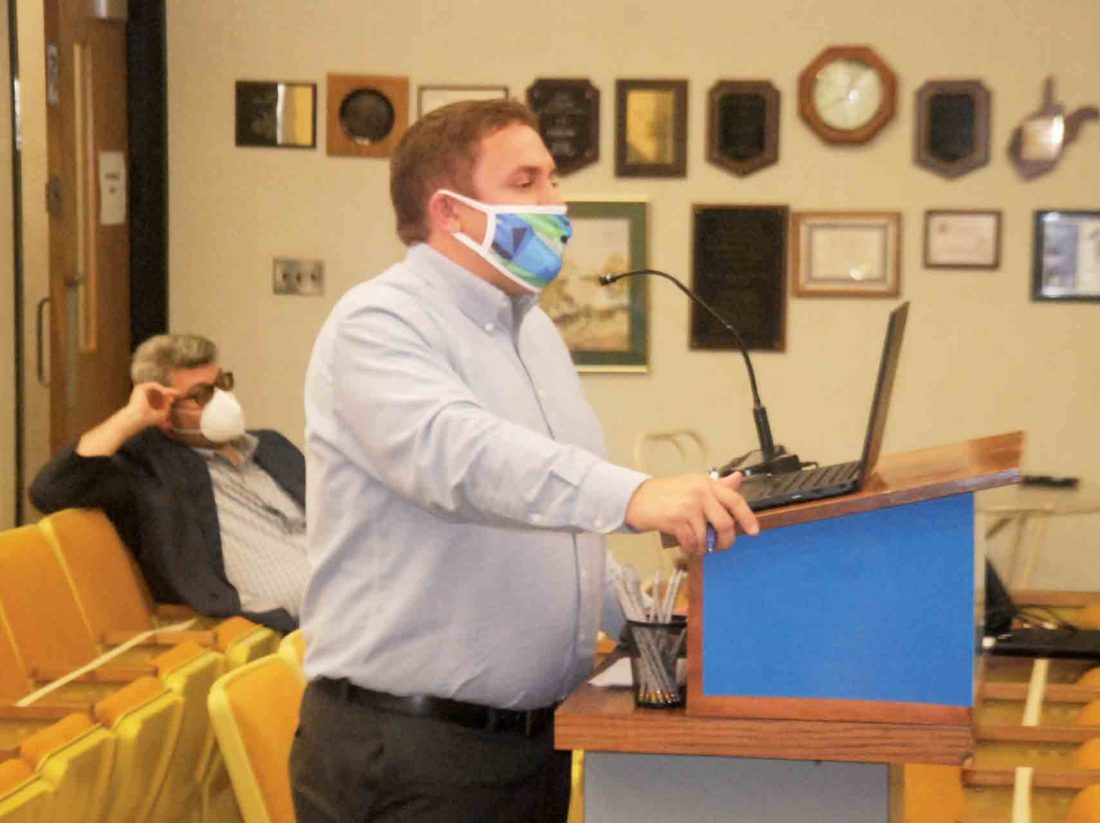 PARKERSBURG — City Council approved the administration’s proposal to acquire five lots to construct affordable, single-family houses, but asked for an alternative proposal on the buildings themselves.

Acting as the Urban Renewal Authority on Tuesday, council members voted 9-0 to authorize council President and URA Chairman Mike Reynolds to execute a letter of intent to purchase three lots from property owner Harold Johnson for a total of $7,000.

In addition to buying the lots at 1115 and 1115 1/2 E. 12th St. and 908 15th St., the city would receive 804 and 806 19th St. from Johnson as donations. All five locations have had code enforcement issues in the past, and the structures on 19th Street were torn by the city down following multiple fires, officials said.

“We have been talking to Mr. Johnson about ‘how can we help you help the community?'” Development Director Rickie Yeager said.

The city plans to combine the adjoining lots and build three affordable houses on the sites for an estimated total of $593,020, including property acquisition, demolition and construction. It would all be paid for out of the city’s HOME funds, which are distributed by the U.S. Department of Housing and Urban Development and obligated to be used on affordable housing. 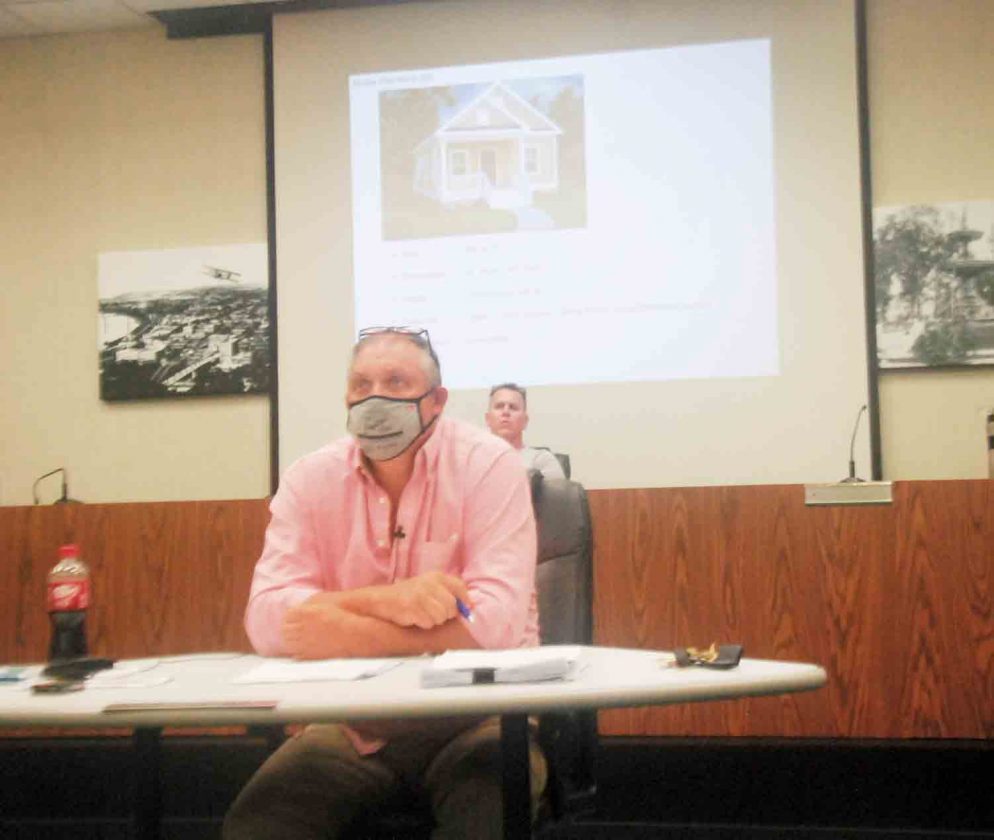 Parkersburg City Councilman J.R. Carpenter looks at information projected on a screen in council chambers during a June 23 meeting of the Urban Renewal Authority. (Photo by Evan Bevins)

Some on council would like to see the city build more than three houses for nearly $600,000.

“It’s like putting a diamond in a tin setting,” Councilman J.R. Carpenter said. “Maybe we can get more bang for our buck.”

Yeager said the construction costs were estimated at $175 per square foot based on industry averages and conversations with local professionals. Despite the cost, the prices of the homes will be determined by appraisals that take into account their location.

“These homes will appraise for and sell for less than it costs to build,” Mayor Tom Joyce said. “That’s what HUD does: it subsidizes housing in many ways across the United States.”

“There will be a subsidy with this,” Yeager said. “But that’s the only way it gets built.”

Joyce said the administration has attempted to generate interest in redevelopment of URA property through other avenues.

“Nobody in the private sector wants to build on current URA property,” he said. “We’ve tried to sell the lots.”

The proposal is the administration’s attempt to further council’s goal of an affordable housing initiative, Joyce said. It was initially hoped more lots would be included, but property owners — including Johnson — were not interested in selling, in some cases because the houses were occupied. Joyce said he did not want to pursue the properties via eminent domain, noting additional costs to relocate the residents.

Reynolds asked whether the city had considered building modular homes on the sites.

“We could do a lot more of those a lot quicker,” Councilman Dave McCrady said.

Yeager said that might attract out-of-state builders rather than local companies.

Council voted 8-1, with Councilman Eric Barber opposed, to split the resolution into two items. The first, authorizing Reynolds to sign the letter of intent to acquire Johnson’s properties, passed unanimously.

Yeager told council members that moving forward with the acquisition using HOME funds would obligate the city to build back on those lots.

“It’s not whether we should use the money; it’s how we use the money,” Councilman John Reed said. “Give us a plan B for a different type of housing.”

The URA voted 9-0 to table approval of the housing plans until its July 14 meeting.

Also of concern to council members is whether the houses would be owner-occupied or rentals. Yeager said under HUD rules the city will have nine months from the completion of construction to sell them. After that, they would have to be made into rental units owned by the URA.

Staff Report CHARLESTON — The state of West Virginia is suing an egg supplier for the alleged unlawful increase ...

From Staff Reports CHARLESTON — More than $2 million in Child Advocacy Center grant program funds have been ...

Both U.S. Senators from West Virginia released statements on the guilty plea Tuesday by a Harrison County woman ...