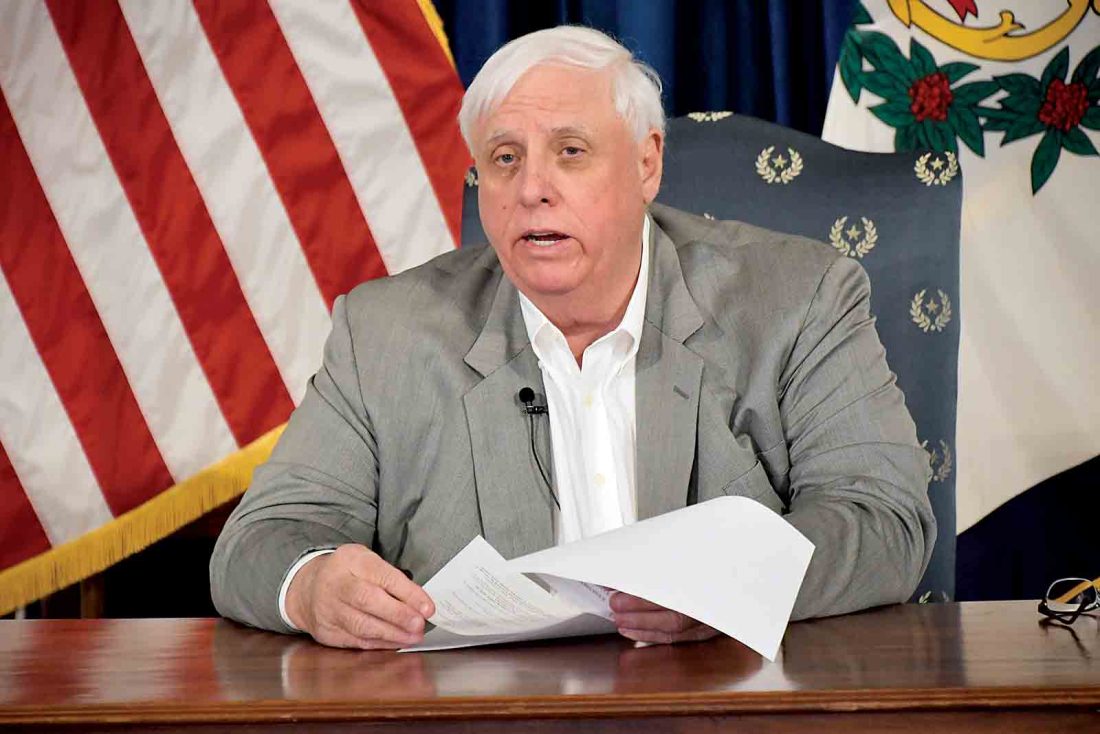 CHARLESTON — Tax revenue collections for March came in above estimates, but it remains to be seen if that trend will continue into the final three months of the fiscal year as West Virginia deals with the economic effects of the coronavirus.

According to the West Virginia Budget Office, the state collected $362.8 million in tax revenue in March, coming in 3.5 percent above estimates and more than 9.9 percent above collections this time last year. Tax collections were $12.3 million above the estimate, which was amended in January by the Department of Revenue.

Year-to-date, the state collected $3.3 billion for the general revenue fund and is only $6.4 million below estimates, or .2 percent. Gov. Jim Justice, speaking during his daily coronavirus briefing, said he was proud of those numbers, though he understood the good news paled in comparison with the coronavirus crisis.

“At a time when the whole world is blowing up, March just came in at $12.3 million above estimate,” Justice said. “This is really good news and I wish we could have reported it as headline news.” 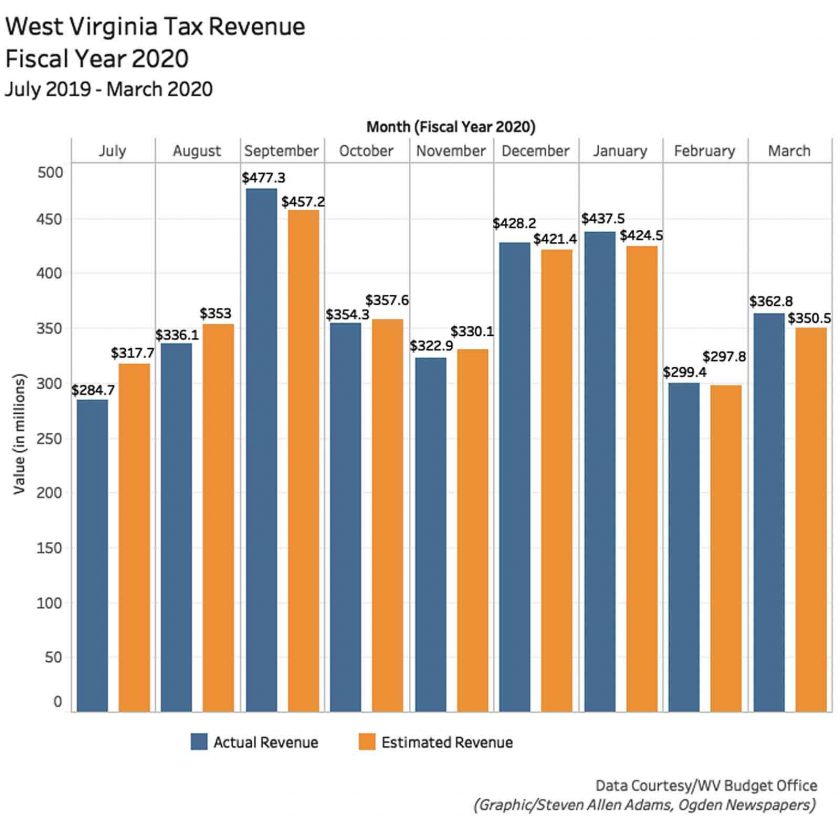 By the time of his State of the State address on Jan. 8, Justice said no mid-year budget cuts would be needed. The Legislature also passed a balanced general revenue budget for fiscal year 2021 of $4.574 billion, which was $11 million less than Justice’s proposed $4.585 billion budget introduced in January.

All eyes are now on the remaining three months of the current fiscal year, which ends Tuesday, June 30. Much of the state tax revenue the last nine months has come from the consumer sales tax and the corporate net income tax. While there was a spike in purchases of food and supplies, the closing of businesses — either because they’re non-essential or simply because they couldn’t afford to stay open — could hurt tax collections going forward.

While not part of the general revenue fund, revenues for the lottery and excess lottery funds are expected to decrease due to the closure of bars — where most video lottery machines are — and casinos. Lottery tickets are still available for sale at gasoline stations and convenience stores, but with the public ordered to stay home except for specific circumstances, it’s unclear how many tickets are being sold. Powerball and Mega Millions jackpots are already being reduced due to fewer ticket sales.

Personal income tax collections reflect how many people are working and was already being affected by the reduced amount of pipeline construction work. As of April 2, the state has processed more than 90,000 applications for unemployment compensation benefits since March 17, compared to 3,400 claims for February. That’s not counting a backlog of applications due to Workforce West Virginia staff and the Workforce website being inundated.

The West Virginia National Guard is helping Workforce West Virginia and the Department of Commerce work through the backlog in pending unemployment compensation applications, as well as helping to improve the website to handle more traffic. According to the U.S. Department of Labor, more than 6.6 million Americans filed for unemployment as of March 28, shattering all records.

The third coronavirus relief package passed by Congress, called the C.A.R.E.S. Act, included an additional $600 per week payment to recipients of unemployment compensation for up to four months. It extends unemployment insurance to freelancers, those in the gig economy and entrepreneurs.

Through the act, the federal government is providing temporary full funding of the first week of regular unemployment for states with no waiting period and extending unemployment benefits for an additional 13 weeks through Dec. 31 after state benefits end. Brian Abraham, general counsel for the Justice administration, said they are waiting for more details on how the program will work.

“The C.A.R.E.S. Act is just now rolling out,” Abraham said. “The rules are still being looked at. There are a lot of unanswered questions that they’re working on every day.”

Talks are in the works for a possible fourth coronavirus relief package. According to the Wall Street Journal, a fourth package could include direct funding for state budgets to make up for the shortfalls expected due to the slow crawl of economic activity. Justice said he has talked with President Donald Trump and expects that the state budget will be made whole, but said it was too soon to talk about what a fourth package could look like.

“The economic component of this thing is huge,” Justice said. “We’ve got all kinds of major cannonballs and holes that have blown into our budget, but what’s going to happen is…you’re going to see the federal government make us whole. I don’t know the specifics yet…but we’re going to be just fine even in the year we’re in.”

Justice encouraged small businesses to apply for the federal Paycheck Protection Program, a loan program through the U.S. Small Business Administration that encourages businesses to keep people employed by offering forgivable loans for the next eight weeks and as long as the money is used for payroll, rent, mortgage payments or utilities. More information can be found at sba.gov.