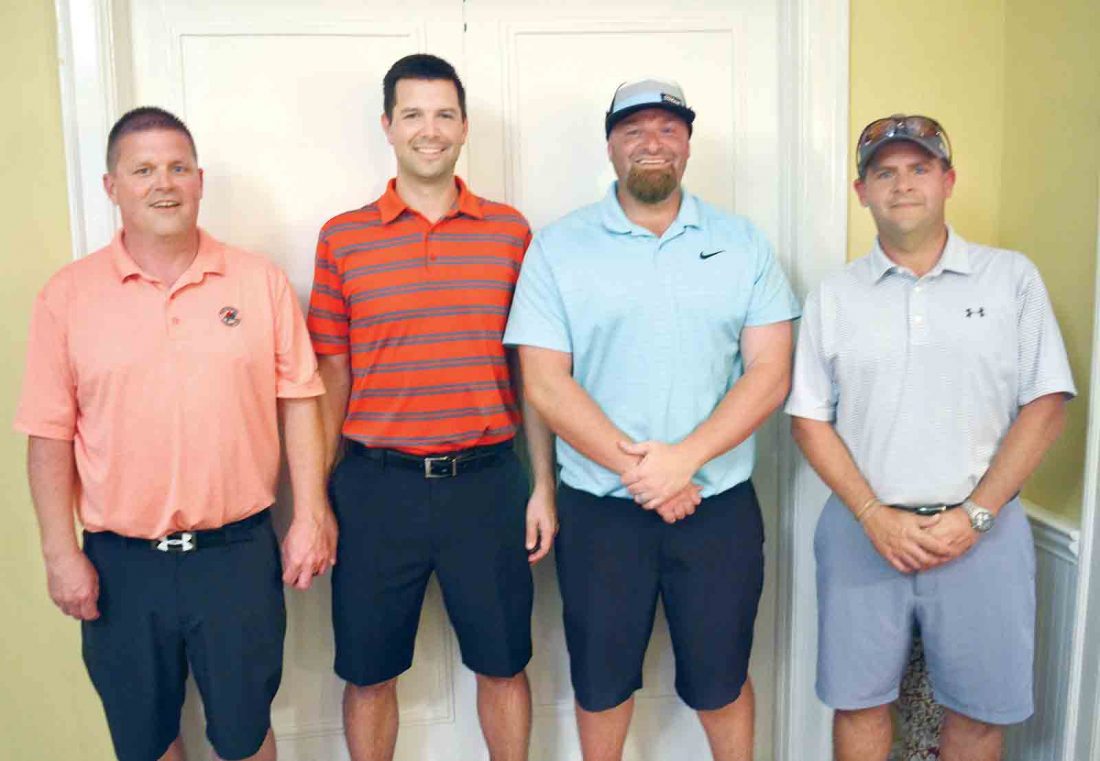 The 2019 winners of flight A in the annual Dave Couch Golf Tournament was, from left, Eric Moore, Kyle Bowles, Brian McPherson and Brett Fluharty. Tournament organizers have extended the deadline to participate in the tourney, anticipated this year around the first of September because of the coronavirus pandemic, to May 15. (File Photo)

PARKERSBURG — The annual Dave Couch Golf Tournament has extended the deadline to register to May 15 because of the COVID-19 pandemic, an organizer said.

“It’s all due to the coronavirus,” said Tournament Director Dave Cyrus.

Celebrating its 20th anniversary in 2020, the tournament was originally scheduled for May 22 at the Parkersburg Country Club.

The tournament also has been postponed because of the virus, Cyrus said. The new date of the tournament is Aug. 28 at the country club, he said.

The Couch Tournament is among the largest fundraisers and golf tournaments in the region and raises from $35,000 to $40,000 each year, which is used for ALS research, Cyrus said.

Participation is limited to 36 teams, of which last year’s field gets first dibs at registration, Cyrus said.

Teams interested in participating can contact the Parkersburg Area Community Foundation community foundation for an application and to be put on a waiting list in the event there are openings, Cyrus said.

The tournament is a modified four-man scramble, Cyrus said. It includes breakfast, a luncheon, beverages and other amenities on the course, he said.

The foursome of Eric Moore, Kyle Bowles, Brian McPherson and Brett Fluharty was the winner in Flight A, shooting a 2-under-par 71.

First place in Flight B went to the team of Richard Adams, Mac McClinton, Holmes R. “Butch” Shaver and Hap Esbenshade, which carded a 77.