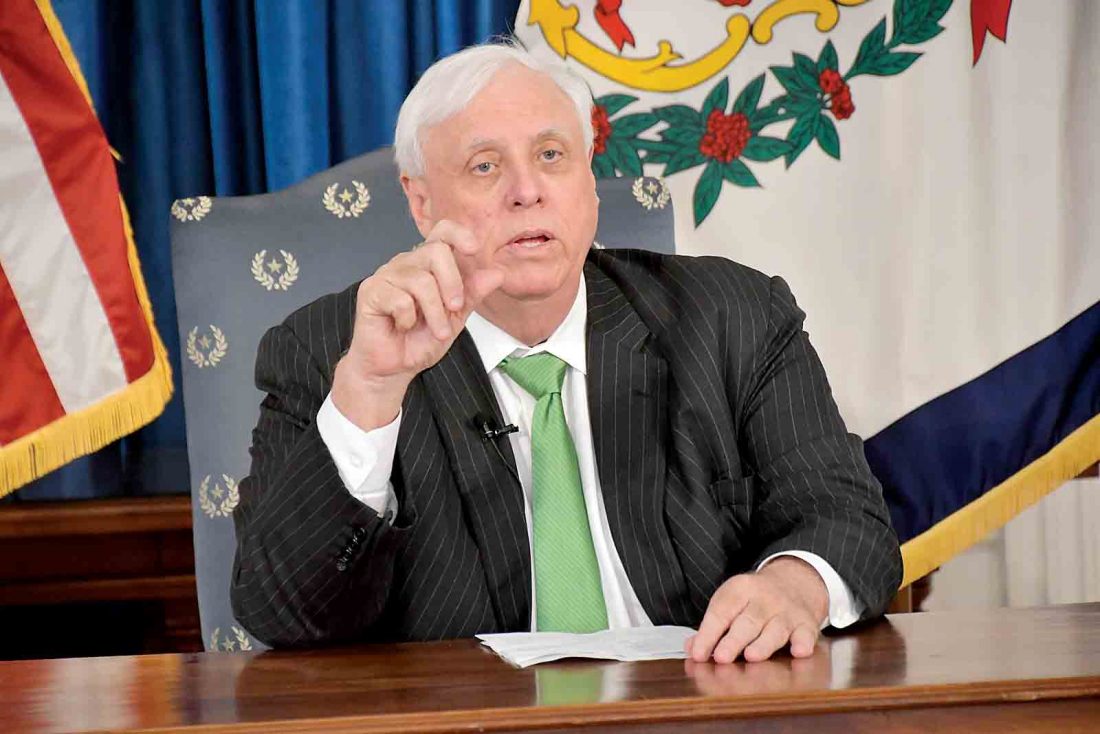 Justice announced an executive order Monday ordering any person coming into West Virginia from a place with large numbers of coronavirus infections to self-quarantine for 14 days.

“We don’t want anybody coming here from across state lines,” Justice said. “We expect you to point-blank quarantine yourself for 14 days. If you come here and we find out about it, the state police will investigate you.”

Travelers listed by Justice include people from countries, such as China and Italy, as well as the New York area and Louisiana. The order applies retroactively. Justice also ordered that West Virginia State Police monitor state borders for out-of-state travelers. The order would not affect people from border counties commuting to West Virginia to work at essential businesses within the state, workers carrying out essential government and military responsibilities, and commercial trucking.

“All of this is driven primarily from the standpoint of others coming across our borders, and we don’t want them to come,” Justice said. “We in West Virginia want to embrace all and have people come from all walks of life when this is over, but right now we don’t want you to come and we want you to hear us.”

Justice did not go into specifics about how exactly the out-of-state self-quarantine would be enforced or what the state police would do to people who choose to ignore the order. But his executive order states that anyone in violation of the self-quarantine would receive a misdemeanor charge, be fined between $50 and $500 and could spend as much as one year in jail.

“From the standpoint of our state police running and arresting them, basically if the state police goes to them…and says you have to quarantine yourself for 14 days and they refuse to do so, then they’re basically obstructing,” Justice said.

Justice’s announcement came shortly after the U.S. Centers for Disease Control and Prevention issued a domestic travel advisory for New York, New Jersey and Connecticut. The CDC urged citizens in these states to avoid all non-essential travel for 14 days. According to Johns Hopkins University, New York and New Jersey have the most confirmed coronavirus cases in the U.S. as of Monday, with a combined 1,379 deaths.

Justice also ordered the closure of all state campgrounds. This comes after the governor closed lodges and cabins at state parks over the last two weeks. In addition, Justice ordered the closure of overlooks at Coopers State Forest and Blackwater Falls State Park because people were still visiting these locations and congregating in groups larger than 10.

“We have a stairway at Blackwater Falls and absolutely we are congregating crowds,” Justice said. “We’ve got to close those.”

Dr. Clay Marsh, the new state coronavirus czar, said the positive steps taken by the state to limit the spread of the virus are working, with only 4 percent of completed test results coming back as positive for COVID-19. Marsh said most states had between 8 and 10 percent of their tests coming back positive, while New York had between 30 and 50 percent.

Yet, Marsh said West Virginia’s measures, including the stay-home order and the closing of non-essential businesses, need to continue. Both Virginia and Maryland issued similar orders in their states Monday.

“We’re doing really well, but the danger in saying that is we don’t want to curse ourselves and all of a sudden let up and be complacent,” Marsh said. “That’s a direct reflection of the commitment of each and every one of the citizens of our state who are making a personal commitment to do things that protect them, protect their families, protect their communities, and…protect our health care workers.”

“I can’t begin to tell you how great West Virginians are doing and how much work there is going on around the clock, especially from our health care community” Justice said. “If we can keep doing that, we’re going to be the model and to keep doing that, we have to continue to heed the information we’ve been telling everyone. We’ve made the right moves thus far, but we are a state that is extremely high risk.”

According to Adj. Gen. James Hoyer, there are more than 350 active-duty guardsmen working on procuring supplies, making prototype masks, helping to speed up testing results, and helping deliver food to children and families in need. The U.S. Department of Agriculture approved waivers Monday allowing the state to expand access to food for more than 200,000 students.

“For those of us out there on the front lines, we greatly appreciate those citizens who are paying attention and working with us to break the chain on this virus,” Hoyer said.