Around 500 students in the Doddridge County area are being provided meals while schools remain closed due to the COVID-19 crisis. (Photos Provided) 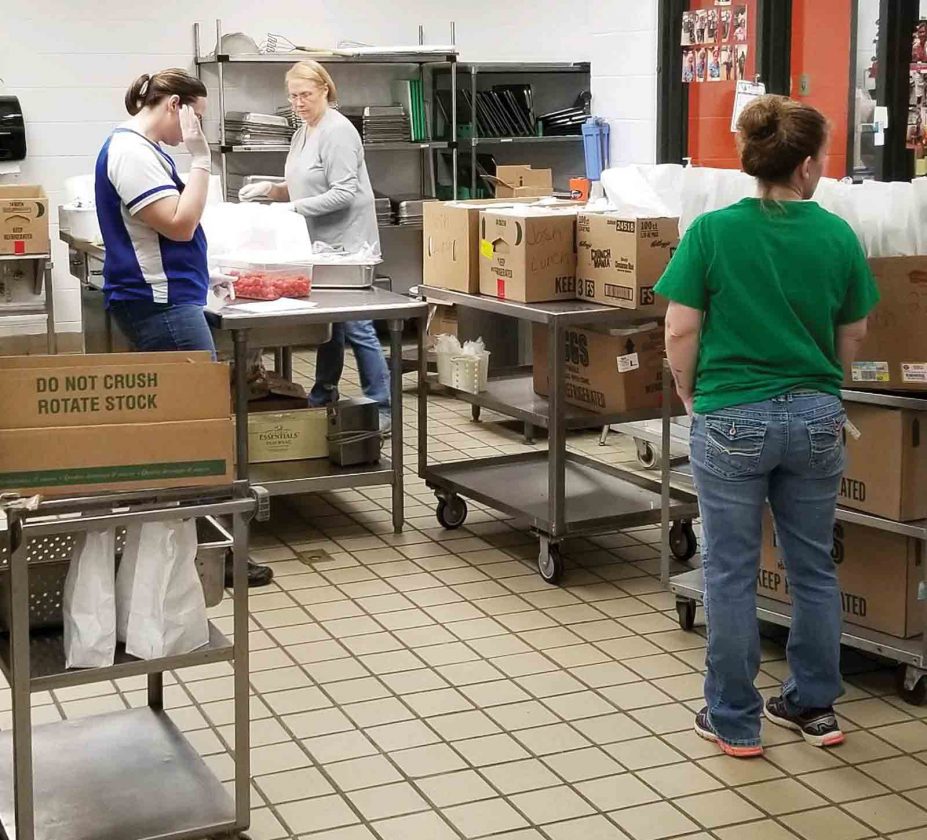 WEST UNION — Communities are coming together to help prepare, pack and distribute thousands of meals among students while schools are not in session due to COVID-19 concerns.

Doddridge County is serving around 500 kids on a bi-weekly basis through bus routes.

“It’s going great, I can’t say enough about our service personnel. They have a solid plan and they continue to work hard to feed our kids,” Superintendent Adam Cheeseman said.

Although the bus drivers are not required to work, Cheeseman said they offered to work “out of the goodness of their hearts,” he said.

Currently Doddridge County is limiting the help to school personnel to avoid additional contact but Cheeseman said several community members have offered to pitch in. 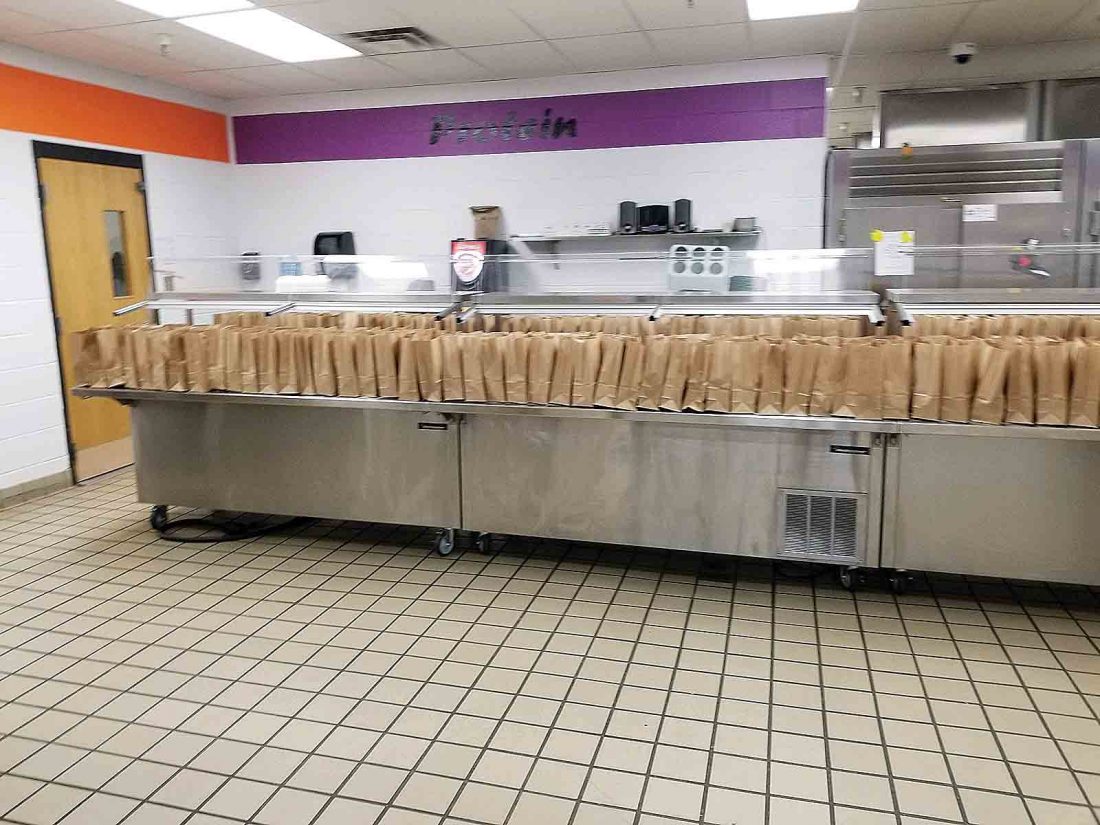 Around 500 students in the Doddridge County area are being provided meals while schools remain closed due to the COVID-19 crisis. (Photos Provided)

Pleasants County is offering meal pick up at four different locations in a drive through style. Superintendent Mike Wells said 268 students were served Tuesday. Wells said the state is working with the school systems to potentially offer five day packs of food for the students that would start as early as next week.

During the past two weeks of school closures, Jackson County has prepared and delivered 39,000 meals according to Superintendent Blaine Hess. They are offering pick up stations and delivery through the bus routes.

“It’s a large operation. I appreciate the cooperation of everybody,” Hess said.

“We’ve been extremely fortunate to have that support,” Hess said.

Jackson County is waiting to hear the school status from Gov. Jim Justice, but is planning ahead regardless, Hess said.

Calhoun County Schools reported 7,200 meals were delivered to students on Tuesday. Those packets included breakfast and lunch for five days.

“We had more than almost three-fourths of our students picking up their meals,” Superintendent Maryjane Pope Albin said. “Our bus drivers have been very positive throughout all of this. You see children that are really appreciative and you want to do that again.”

For Wirt and Roane Counties, supplies are running low, not because of the delivery of the products but several areas are ordering the same things. However, both counties still have what they need.

Roane County Superintendent Richard Duncan said the they have been able to feed about 1,200 kids.

He said they had to pull back a little because of supply issues, but they should still be able to serve the same number of kids.