The incident caused around $50,000 worth of damage. The day care is expected to reopen within a week or two. (Photo Provided)

As the deer was trying to escape, it ended up breaking through a second storefront window. (Photo Provided) 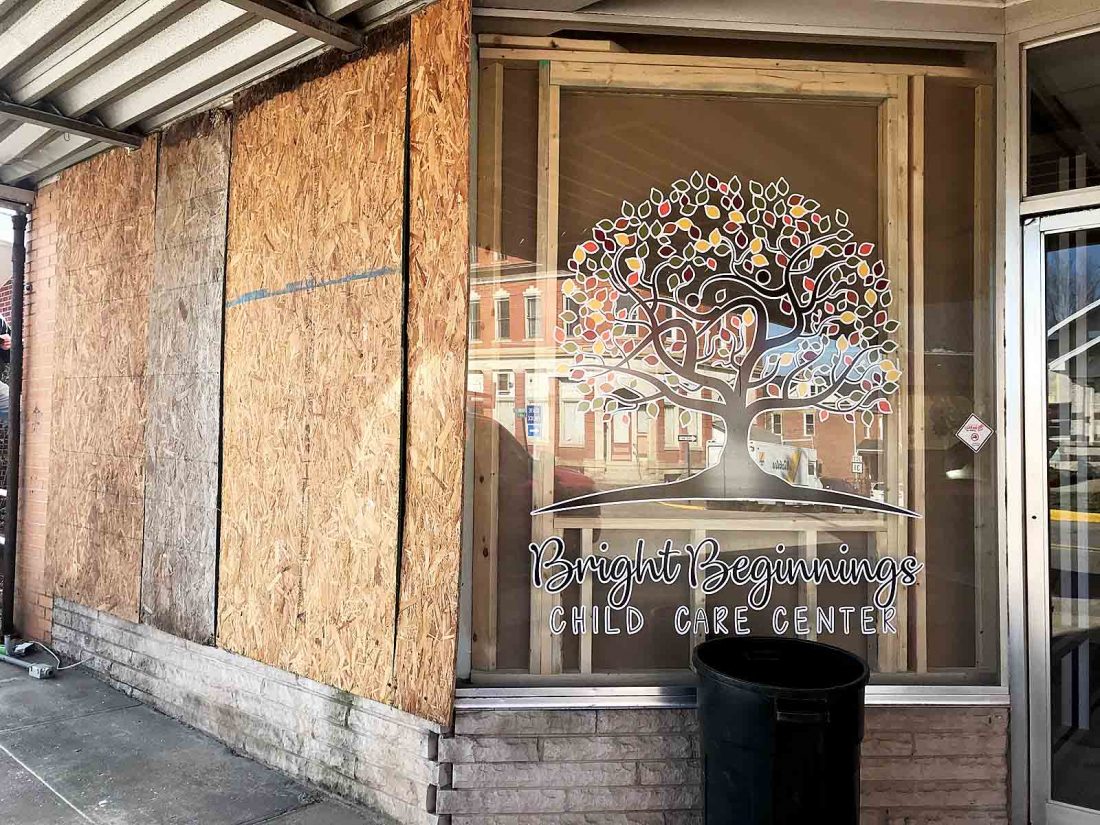 HARRISVILLE — A deer went through the windows of Ritchie County’s Bright Beginnings Day Care Center causing around $50,000 worth of damage Monday evening.

The incident happened about an hour after the child care center had closed for the day and nobody was in the building at the time, according to Staci Merritt, director.

A call was received around 7 p.m. from the 911 center saying an officer had witnessed the deer breaking through the window.

Nearly everything in the child care center was either broken or had blood on it, Merritt said. 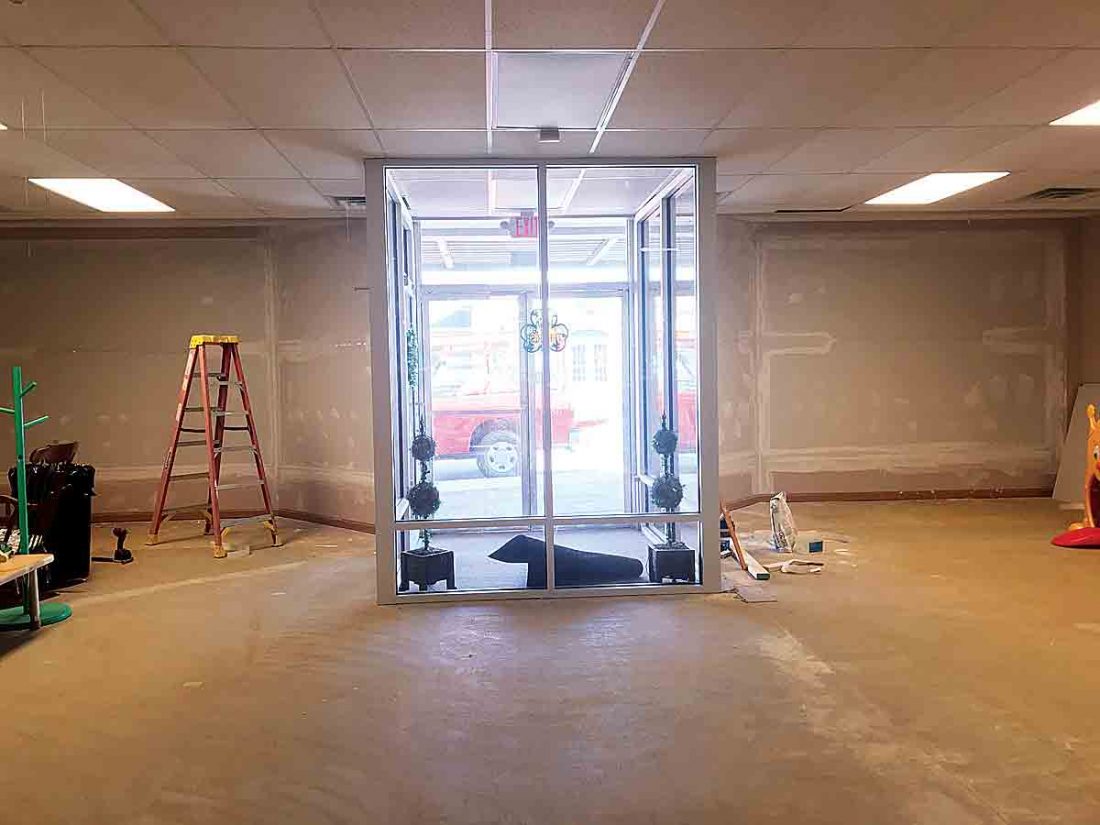 The incident caused around $50,000 worth of damage. The day care is expected to reopen within a week or two. (Photo Provided)

Crews quickly cleaned the building, boarded the windows and pulled up carpet. The child care center is closed, but should reopen in one or two weeks. In meantime, Merritt said some employees are babysitting.

“Around here we’re a small community so usually families have somebody lined up to do those things,” Merritt said.

The biggest loss was the early childhood furniture, which is expensive, Merritt said.

“A lot of the nice things that we have were given to us through community grants, going to conferences and trainings and participating in programs. We’ve worked really hard the past couple years to try and get those items,” she said.

The priority is to create another separate space for their infants. Both the building and the materials inside were covered by insurance, so it’s just a matter of getting everything together again. 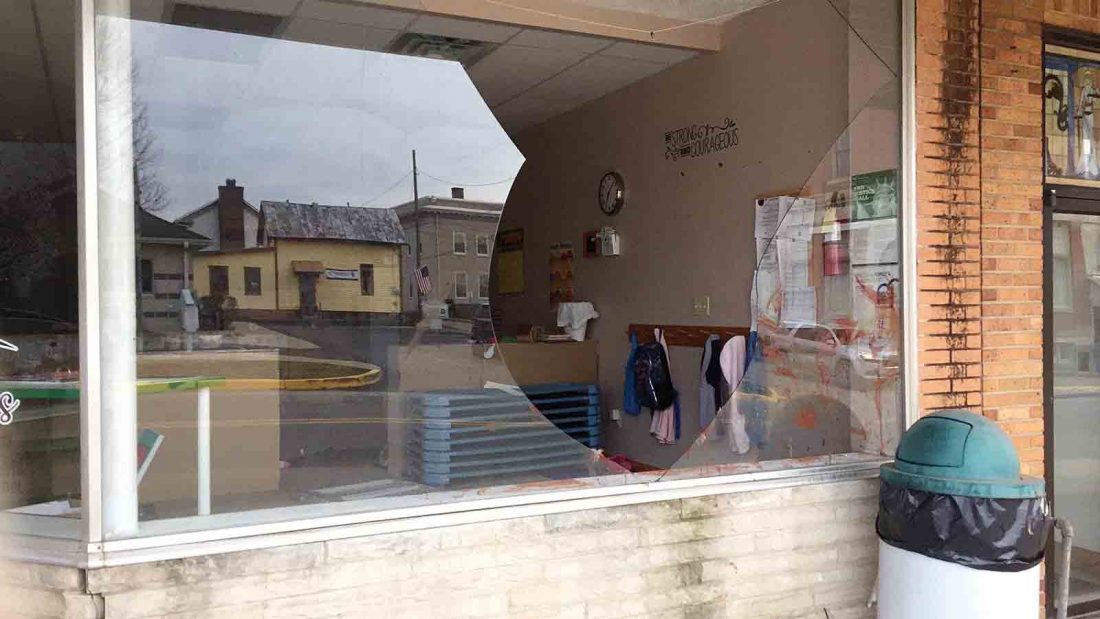 As the deer was trying to escape, it ended up breaking through a second storefront window. (Photo Provided)

“After everything is said and done, we’re going to be brand new,” she said.

They will work with other Bright Beginnings Day Care Centers in other counties to see if any of their furniture could be used or borrowed in the meantime.

“We want to get up and running as fast as they can,” Merritt said.

Monetary donations can be mailed to 204 East Main St. in Harrisville or can be brought to the Community Resources offices in Wood or Ritchie County.