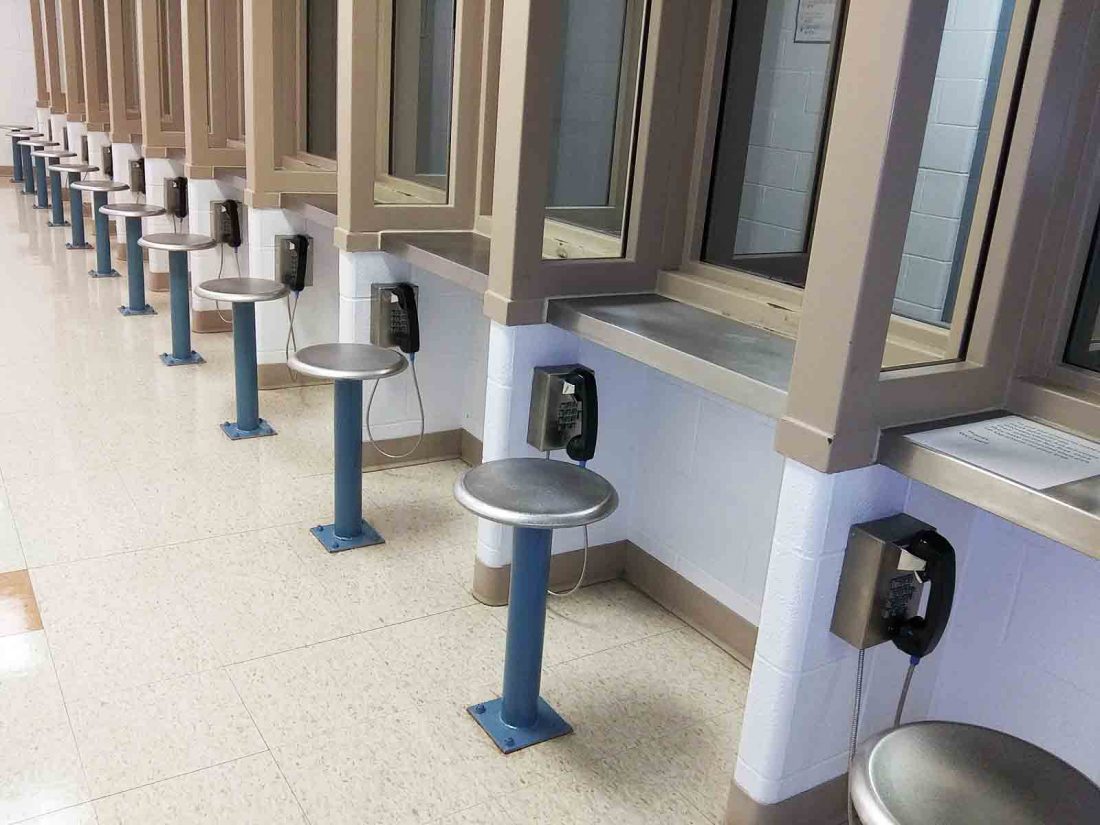 Seats sit empty at the Washington County Jail as it continues to be the policy for no face-to-face contact. (Photo by Michele Newbanks)

MARIETTA — Area jails and prisons have plans in place if an inmate shows symptoms of having COVID-19.

Washington County Sheriff Larry Mincks said the Washington County Jail had done away with face-to-face visits between family and inmates, even before the pandemic. Visitation occurs through video monitors.

The jail is set up as dormitory-style pods, with 17 or 18 inmates per pod. Each pod has a common room, but inmates are locked up during certain hours.

“If it occurs in a certain cell block, we’d transfer him to a smaller one,” Mincks said. “We have a medical director who would be on-scene to test if they do have symptoms. We may have to transfer them to Marietta Memorial for better care. There are a lot of variables. It all depends on the situation.”

He said the variables include the number of people infected and the severity of the symptoms.

“We have nurses on shift who would start dealing with them if they had symptoms,” Mincks explained. “They would be quarantined if they have minor symptoms.”

He said corrections officers also have to take precautions, which are state mandated. The precautions include wearing gloves, using hand sanitizer and using bleach mixtures when the jail is cleaned.

“There are different spray containers with cleaners that are continually used,” he added.

To lessen the risk of getting the entire facility sick, every inmate who gets locked up is required to have a full physical exam within five days.

Preparations are also being made at Noble Correctional Institution in Caldwell.

According to the Ohio Department of Rehabilitation and Correction, new safety measures have been put in place in preparation for the potential operational impact of COVID-19.

“Those are the precautions we’re taking,” said Joel Burris, assistant warden at Noble Correctional Institution. “Everyone who comes in, we ask questions about their health and if they’ve traveled out of the country.”

He said visitors have their temperatures taken and depending on their answers to the questions, NCI’s medical staff screens them further.

“With inmates transferred in, they are supposed to be screened at the other institution,” he added. “We shouldn’t be getting any inmates that are active, although they might become active later, since it could take five or six days.”