Races to be determined in November vote 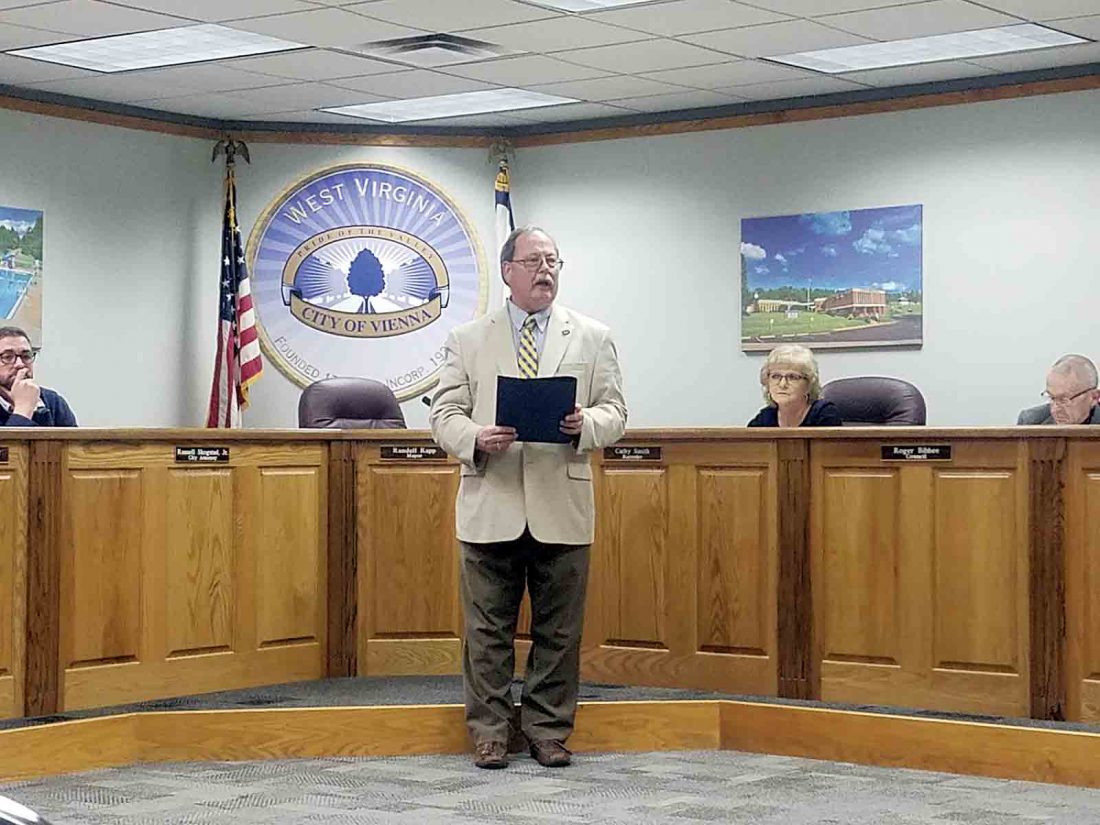 VIENNA — A resolution was passed at Thursday’s Vienna City Council meeting to abolish the nonpartisan primary election in May and hold the city election only in November.

This year there are 11 people running for city council, two for recorder and Randy Rapp is running unopposed for re-election as mayor.

* One bid was sent in for flower planting and maintenance from Scots Landscaping for $22,689. This money will be used for the upkeep and flower plantings to include at the entrances to Jackson and McDonough parks, the senior center, Spencer Park, the hanging flower baskets on Grand Central Avenue and the Gold Star and Blue Star memorials.

Other business addressed by council:

* Tony Tiano, grant writer, presented a resolution for the Equal Employment Opportunity Plan for Women and Minorities; this passed unanimously.

* Council accepted the donation of vehicle to the city. The 2015 Toyota Camry was donated by Norine Davis.

* A resolution authorizing Rapp to enter an agreement with Vienna Baptist Church for the gazebo as part of the Tree and Beautification Committee’s “Trek Vienna” project was approved. The gazebo, at Grand Central Avenue and 36th Street, will have history of the city, QR codes that give additional information and ideas of things to do around town.

* Rapp congratulated the League of Women Voters, which was founded on Feb. 14, 1920, for celebrating 100 years and commended the league for its significant contributions “to empowering voters and making democracy work.”