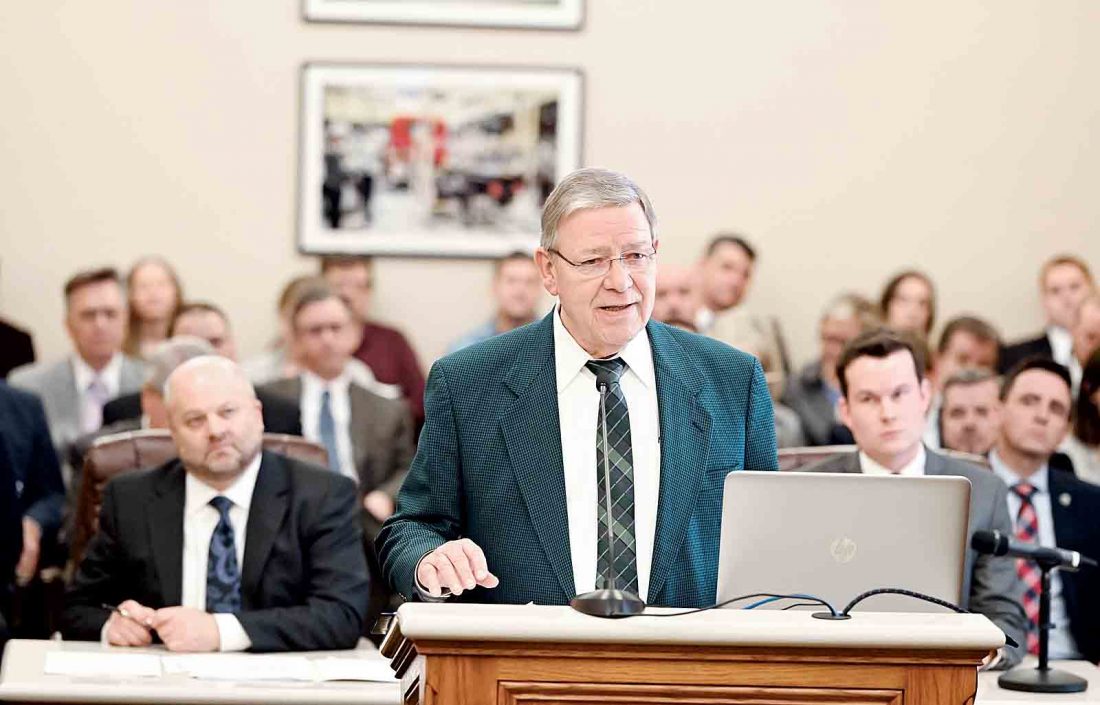 CHARLESTON — Republican members of the West Virginia Senate hope a full slate of property tax repeals and tax increases in other areas will be enough to bring Democratic leaders on board for a phase out of the business and inventory tax.

SJR 9 is the latest version of two previous resolutions designed to phase out the business and inventory tax on manufacturing machinery, equipment, and inventory. If approved by a two-thirds vote of both the state Senate and House of Delegates and a vote by the public in a special election, SJR 9 would remove language from the state constitution requiring uniformity in taxation.

Additionally, the new joint resolution would give the Legislature the authority to repeal property taxes on certain vehicles and all-terrain vehicles, trailers, and other categories of commercial vehicles that cross state lines. The estimated costs of repealing these taxes would be $200 million.

To pay for the $300 million hole these tax reductions would put in the general revenue budget, the originating bill would raise the sales tax from 6% to 6.5%, the tax on a pack of cigarettes would rise by 80 cents from $1.20 per pack to $2 per pack (not counting the sales tax for purchasing the cigarettes). The wholesale price for other tobacco products would increase from 12% to 50%. Taxes on e-cigarettes and vaping products would change from 7.5 cents per milliliter to 50% of the wholesale value.

Senate Finance Committee Chairman Craig Blair, R-Berkeley, said SJR 9 and the originating bill are products of stakeholder meetings during the fall with the West Virginia Manufacturers Association and the West Virginia Association of Counties. Blair said he presented the bills to the Senate Democratic Caucus last week.

“My members knew some of what was going on, but you guys got a fuller version than what my members had at that point,” Blair said. “I like full disclosure on everything, so I’m just laying it all out here so everyone can know what took place on this.”

Money would be distributed to county governments and school systems in fiscal year 2023 and be distributed based on the county’s highest assessed property tax value over the last four years.

Blair said his committee staff erred on the side of conservatism on their estimates of tax revenue from the proposed increased sales tax and tobacco taxes, and didn’t try to estimate tax growth from the possible expansion of manufacturing in the state. But Blair believes that passage of both proposals will mean an explosion of new business growth and job creation.

“It’s a commitment to the future of West Virginia,” Blair said. “It’s all about getting a foundation laid that we can work off of.”

Combined, revenue from the sales tax and tobacco taxes would generate $200 million, the committee said. The remaining $100 million would be generated from cuts in the state budget and savings generated from expected manufacturing growth, the committee said. Ed Gaunch, secretary of the Department of Commerce, said removal of the business and inventory tax would be another incentive for companies to grow or even stay in the state.

“Every week, and sometimes every day, we hear that this tax is an impediment to businesses thinking of coming here or wanting to expand,” Gaunch said. “We have to be competitive from a taxation standpoint. Generally, we are competitive except for this one tax, which is an outlier.”

Senate Democrats — led by Senate Minority Leader Roman Prezioso, D-Marion — believe that phasing out the business and inventory tax would allow large companies based out of state to keep more of their money instead of investing further in the state.

Jonathan Adler, executive director of the Association of Counties, said he had not seen the changes made to SJR 9 and the originating bill until Monday, but said his organization was still concerned about the property tax phase-outs.

“We have not taken a collective no, but yes, we are against it,” Adler said. “We’re just not sure the implications for (SJR 9). It just hasn’t been totally explained to us yet. The taxing authority goes away from counties and I don’t know what that means. It’s not good on first blush.”

The effort to phase out the business and inventory tax has taken two forms since the start in the 2020 legislative session. While debate over the tax has gone on since 1999, Republican lawmakers started seriously talking about removing the tax last summer.

A draft resolution developed during January legislative interim committee by the Joint Committee on Finance and the West Virginia Manufacturers Association would have phased out the business and inventory tax over four years starting in fiscal years 2021. It would have required the governor and the Legislature to make up the $100 million loss to county governments and school systems.

An updated resolution, Senate Joint Resolution 8, was introduced Jan. 21. That bill also phases out the business and inventory tax over a four-year period but would require the governor to replace the lost revenue as the tax is phased out.

Both SJR 9 and the originating bill, which doesn’t have a bill number yet, were reported to the floor and will be up for a vote by the end of the week.