Aurelius Edmonds, 37, of Vienna and Terrence McGuirk, 50, of Parkersburg pleaded guilty to conspiracy to distribute more than 500 grams of methamphetamine, Stuart said.

Edmonds, McGuirk and Terry admitted that they had agreed together to purchase methamphetamine and cocaine from a source of supply in Phoenix, Ariz., in August 2018, Stuart said.

Edmonds traveled to Phoenix to purchase the drugs and make arrangements with Todd Land and Troy Pastorino to ship them to Dayton, Ohio, where he, Terry and McGuirk would take possession of the shipment, Stuart said.

Police learned of the deal and intercepted the shipment in a traffic stop on Pastorino in Dayton on Sept. 19, 2018, Stuart said. Edmonds, Terry and Land were arrested at a nightclub where they were awaiting word from Pastorino that the shipment was ready for pickup, Stuart said.

McGuirk was arrested in his nearby hotel room, Stuart said.

Atkinson admitted that on Sept. 18, 2018, Edmonds called her from Dayton and directed her to retrieve drugs from a stash house on Liberty Street in Parkersburg and deliver them to McGuirk, Stuart said.

Police observed her travel from Liberty Street to meet McGuirk at a convenience store in Parkersburg, Stuart said. On Sept. 20, 2018, federal agents and officers with the Parkersburg Police Department executed a search warrant at the Liberty Street residence and seized approximately 225 grams of heroin and 478 grams of fentanyl, Stuart said.

“An enormous amount of deadly drugs were seized as a result of Project Parkersburg,” Stuart said. “A drug trafficking organization has been dismantled and all of the federal defendants now stand convicted. Project Parkersburg significantly reduced the availability of meth in Parkersburg and the surrounding area and, no doubt, saved the lives of many, many potential victims. I want to thank the remarkable work of my team including AUSA Josh Hanks and others, as well as the FBI, the Parkersburg Police Department, the Dayton, Ohio, Police Department, and the Parkersburg Narcotics and Violent Crime Task Force. Jobs well done by all.”

Edmonds, McGuirk, Terry and Atkinson are being prosecuted as part of Project Parkersburg, a major takedown and dismantling of a multi-state drug trafficking organization responsible for distributing methamphetamine and heroin, Stuart said.

Stuart commended the investigative efforts of the FBI, the Parkersburg Police Department, the Dayton Ohio Police Department, and the Parkersburg Narcotics and Violent Crime Task Force. The long-term, joint investigation resulted in at least 29 individuals being charged in federal and state court, along with the seizure of methamphetamine, cocaine, heroin, fentanyl, several firearms, and more than $80,000 cash. 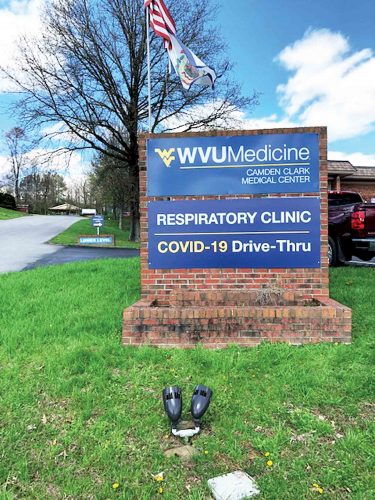