Members of law enforcement and first responders attended a training session Monday evening on how to properly deal with hazardous materials such as meth labs. (Photo Provided)

A scene from “Land of Dreams” on the stage at the University of Northern Colorado. (Photo Provided)

Senate President Mitch Carmichael, surrounded by Republican senators, speaks about Senate Joint Resolution 9 prior to the start of the floor debate on the resolution. (Photo by Steven Allen Adams)

People attending Tuesday’s Wood County Board of Education meeting raise their hands in favor of a week-long Spring Break in the 2020-21 school year calendar. The board held the first of two calendar hearings Tuesday, reviewing three draft calendars. (Photo by Michael Erb)

Director of Elementary Schools Keith Palmer gestures to the 2019-20 Wood County Schools calendar during a presentation Tuesday on proposals for the 2020-21 school calendar. (Photo by Michael Erb) 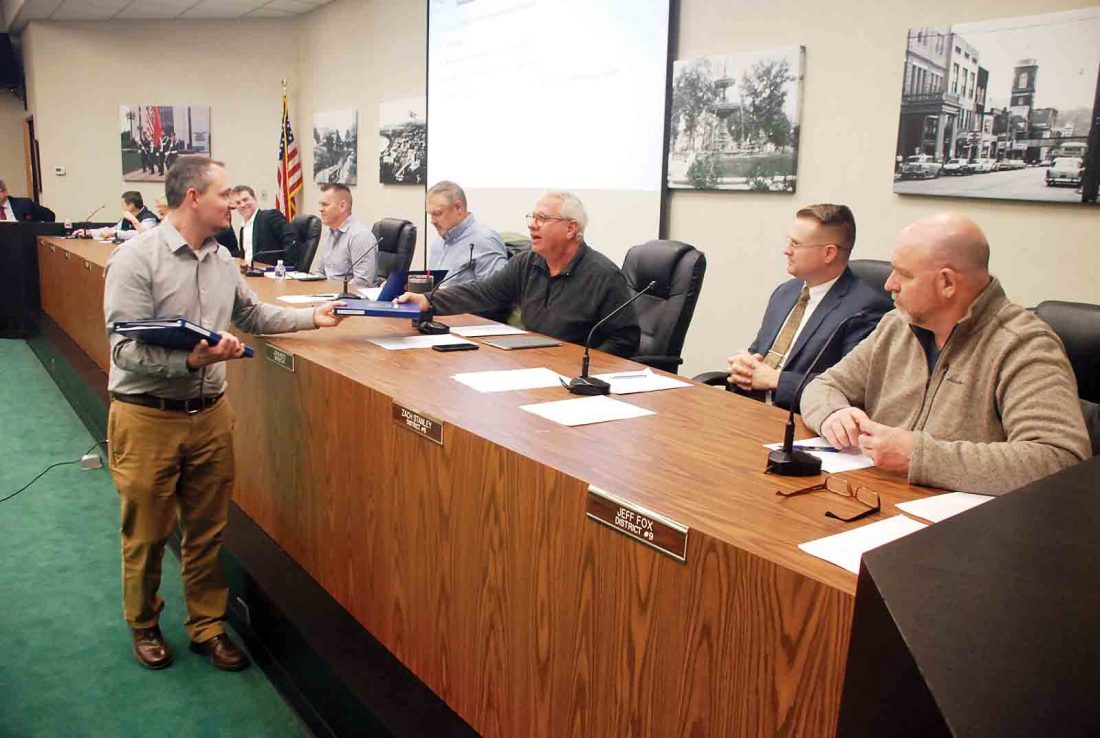 PARKERSBURG — The proposed 2020-21 City of Parkersburg budget increases spending on stormwater efforts and floodwall rehabilitation, as well as law enforcement by adding up to four full-time police officers.

Mayor Tom Joyce outlined the budget during the executive message portion of the meeting. Council members will dig into the 99-page document over the next couple of weeks in preparation for a series of hearings beginning Monday, March 9.

“When we sat down, our primary focus was to continue investing in our stormwater and our floodwall,” Joyce said.

That’s reflected in the budget by doubling the contractual services appropriation for rehabbing existing stormwater lines from $300,000 to $600,000. The contractual services line item for the floodwall would go from $15,000 in the current fiscal year, which wraps up June 30, to $260,000, an increase of $245,000. That will be used to start rehabilitating wall panel joints and addressing other maintenance recommended by the U.S. Army Corps of Engineers. 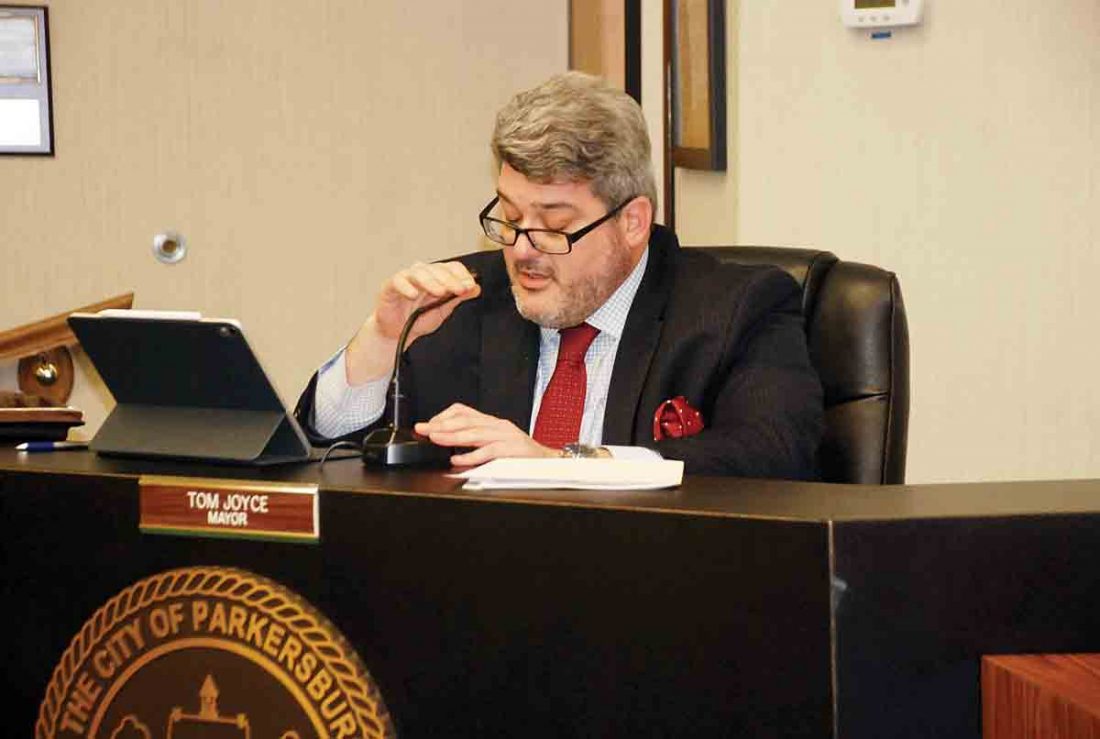 With tax revenue only projected to increase by $117,552, the administration proposed 20 percent cuts in most line items for outside printing, travel, building maintenance, advertising, training, professional services and contractual services to offset the increase, Joyce said.

“This 20 percent reduction resulted in approximately a $350,000 decrease,” he said. “We reduced commodities in this budget proposal to the tune of $73,150, again to assist in the stormwater and floodwall expenditures.”

Joyce wants council to restore a pair of police officer positions eliminated two years ago when the city closed its existing police and fire pension plans to new hires in order to switch to a more manageable payment plan for its pension obligations. Those jobs have a total annual cost of $96,024.

Two more officers would be added if the city is successful in its bid for a federal C.O.P.S. (Community Oriented Police Services) grant. With 10 months budgeted based on the federal budget year, the cost would be $79,700, 75 percent of which would be reimbursed through the grant, Joyce said.

The 2 percent raises are described as cost-of-living adjustments, which would amount to an additional $214,860. It falls below the 3 to 3.2 percent recommended in a pay study which served as the basis of a new salary schedule and position reclassifications last year.

In other business, council unainimously approved a request from the administration to allocate $150,000 from the stabilization fund to pay for preparation of the site where the Jackson Memorial Fountain once stood in City Park and where a replacement fountain will be installed later this year.

After the fountain was severely damaged by heavy winds in October 2018, the city commissioned a new fountain using period-appropriate materials from its original construction in 1905. The $264,000 fountain has been completed in Alabama, and the city had $94,100 remaining for the site preparation.

But the low bid for that work — including grading and leveling, new sidewalks to reflect historical photos, a new lower concrete basin and fountain foundation and new electrical and fountain pumping systems — came in at $237,000. City Engineer Adam Stout said prices have increased on projects lately, apparently due in part to how busy contractors are at this time. Joyce previously said he was reluctant to use the stabilization fund for the additional money but the city had no other options.

Council also voted 9-0 to allow temporary vending of beer and/or wine downtown for the upcoming Point Park Concert Series, Taste of Parkersburg, Downtown Throwdown, Riverfest and Artoberfest. Councilwoman Sharon Kuhl said she supported allowing the sales for the events aimed at adults but felt alcohol was unnecessary for activities attended by children.

Councilman Bob Mercer made a motion to include the Parkersburg Homecoming in the resolution. Councilman J.R. Carpenter seconded it so they could discuss the amendment, then asked whether Homecoming had asked for the permission.

“The parties that put on these events came to (Development Director Rickie) Yeager and requested” to be included, Joyce said. “If you want to add Homecoming to the list, they still have to abide by all the regulations.”

No one from the Homecoming committee was present at the meeting. Councilman Eric Barber said an authorization for Homecoming could be considered later if a request was made.

Carpenter withdrew his second, and the resolution passed as introduced.