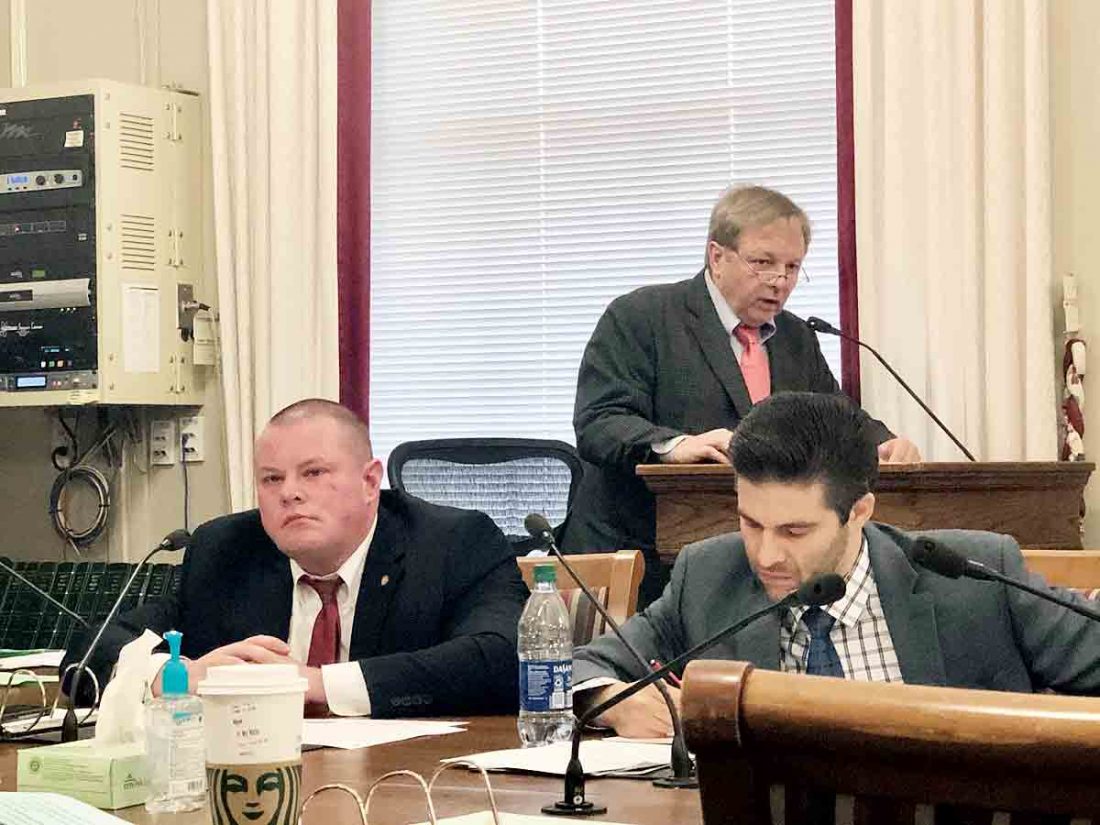 CHARLESTON — A bill one critic warned would lead to less transparency in how state and local governments operate hit a snag Monday in the House of Delegates.

The bill, House Bill 4025, calls for allowing public legal notices to be partially shifted away from publication in newspapers and instead allows them also to be placed onto a state website. Several House members raised objections to the bill Monday and the House Judiciary Committee voted to place it in a subcommittee to work out issues.

In an amendment adopted by the subcommittee Monday afternoon, advertisers would be required to place legal advertisements in a qualifying newspaper and the new state website starting Jan. 1, 2021, for the required amount of time. After Jan. 1, 2023, advertisers would have the choice to place legal advertisements in newspapers for one week as long they put the ads on the new state website.

Delegate Chad Lovejoy, D-Cabell, spoke against the amendment, calling it a delay of an already bad bill. Lovejoy said much of his district struggles with dependable internet access.

“What we have not changed, in my view, is the effectiveness of notice to the citizens,” Lovejoy said. “It’s a good policy to move in that direction toward technology, but unfortunately we are not there yet.”

“This bill reduces public notice. The newspaper notification is notification presented to the public in their community to the people that matter,” Smith said. “A newspaper publication is disseminated in the community and people see it.”

The bill’s lead sponsor, Delegate Brandon Steele, R-Raleigh, disagreed, saying that the bill will make it easier for the public to see legal advertisements and save taxpayer dollars. Smith countered that newspapers are the top news source in West Virginia’s communities, and readers are willing to pay for government transparency.

The bill stems from a Dec. 16 study by the Legislative Auditor’s Office that claims city, county and state governments would save money by submitting legal advertisements to a centralized free website managed by the state, as well as give West Virginian’s more access to legal advertisements.

According to state code, legal advertisements are notices, statements, information or other matters required by law to be published.

Smith warned committee members that limiting the number of times legal advertisements run in papers in exchange for a state online database would actually make legal advertisements less accessible to the public, particularly in places with limited access to high-speed internet. According to the FCC, 27 percent of the state’s population are underserved when it comes to broadband internet, ranking as the 46th most connected state.

“I’ve spoken to county commissioners…that not just small areas of their county, but large areas in their counties don’t have internet,” Smith said. “I’ve been in Kanawha County and the Charleston area and have had difficulty if not accessing the internet, actually using the internet — and we’re in the state Capitol.”

“Nothing in this bill would prohibit a county or municipality from continuing that practice (of publishing legal advertisements) if they wanted to continue to be revenue positive,” asked Delegate Moore Capito, R-Kanawha.

“That’s correct, and one of the scariest parts of this bill,” Smith said. “You give, in a sense, an option to legal notice. It’s a disservice to the public who think they are seeing legals because you did it one way one day, and the next day you didn’t.”

1 dead, two arrested in shooting this morning at WVU in Morgantown