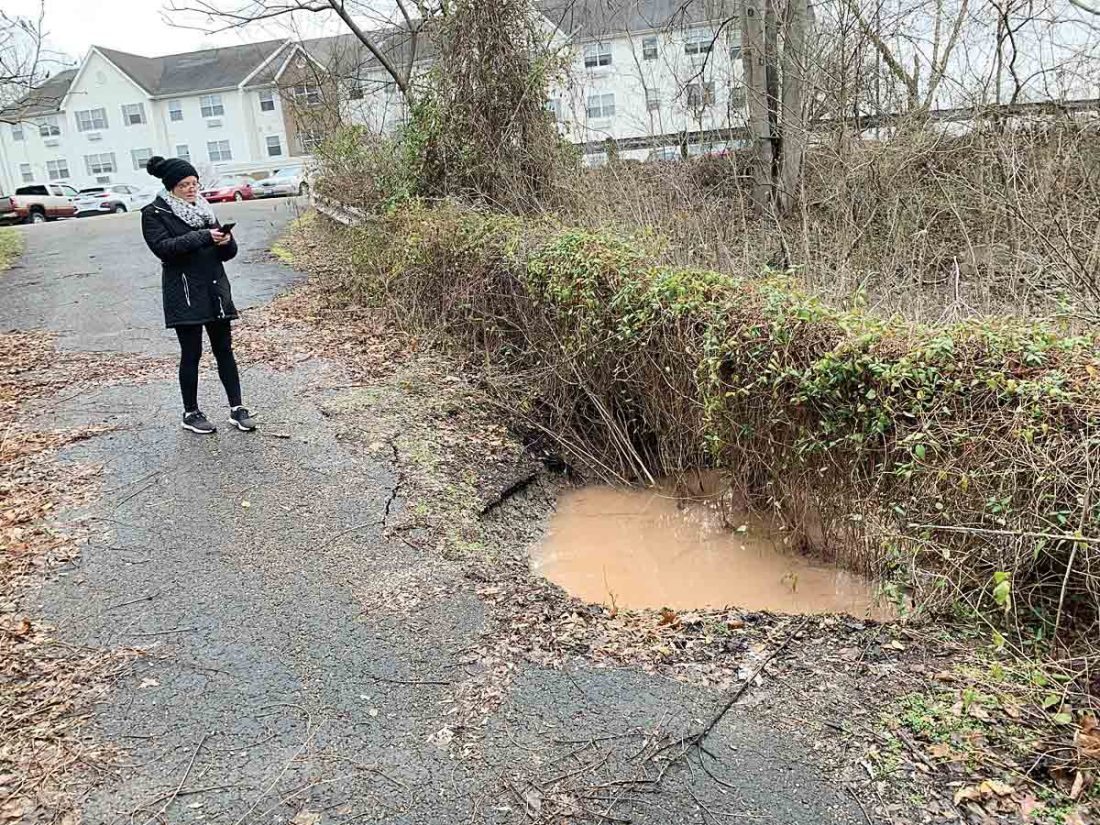 Marietta Public Health Nurse Beth Casto documents a sinkhole Monday that was discovered between the Win Beri Condominiums and the affordable housing for the elderly with the Win Beri Place apartments. (Photo by Janelle Patterson)

MARIETTA — A rotting smell and an approximately five-foot diameter hole was discovered in Marietta Monday, near two sets of apartments in the city.

The sinkhole was found by Beth Casto, a nurse with the city’s health department, between Win Beri Condominiums and the affordable housing apartment complex Win Beri Place.

“Not only could it cause injury if someone were to fall, but it smelled like sewage, and that raises all kinds of other health concerns for me,” said Casto. “If it’s sewage that could put people at risk of Hepatitis A or E-coli exposure.”

Wastewater Superintendent Steve Elliott and Ward Councilman Geoff Schenkel were quickly made aware of the situation Monday and Elliott’s assistant superintendent, Mike Miser, was dispatched to snake a camera into the hole and block off the roadway by early afternoon according to Safety-Service Director Steve Wetz.

“We don’t believe it’s a sewer main of the city’s,” said Elliott. “But even if it’s just a culvert collapsing that could put at risk a sewer lateral owned by the property.”

Wetz later reported that the sinkhole may rest on city right-of-way at the end of Browns Alley and that further inspection of the collapsing culvert into a stream below will be dispatched today with the city streets department.

“We will not know more until further investigation, but there is some type of collapsed pipe,” said Wetz.

The affordable housing apartment is owned by RLJ Management, out of Columbus, which did not return calls on Monday.

“But I am sure the management will share the public health concerns, I’m still trying to reach someone in that area,” said Catherine West, the communications consultant who takes media calls for RLJ.

Schenkel filed a formal nuisance complaint with the city’s Code Enforcement Official Wayne Rinehart and with the health department’s sanitarian, Barb Bradley, to initiate the formal process for public health investigation in tandem with the city streets work.

His complaint also notes the hole’s proximity to a Community Action Bus Line stop at the apartments and a question of whether sewage could be leaking in the Ohio River watershed. 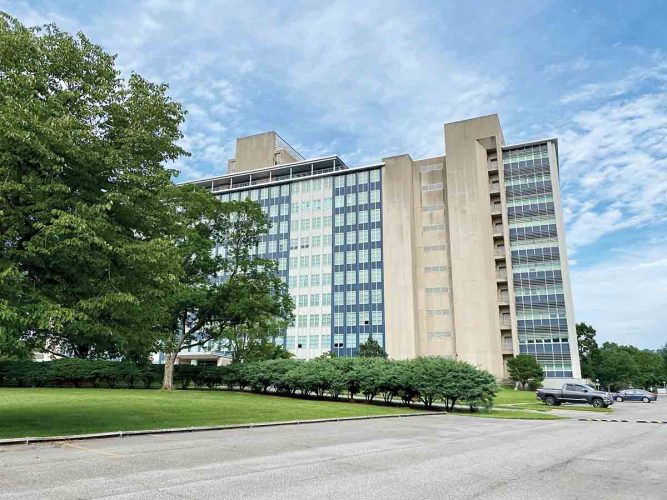 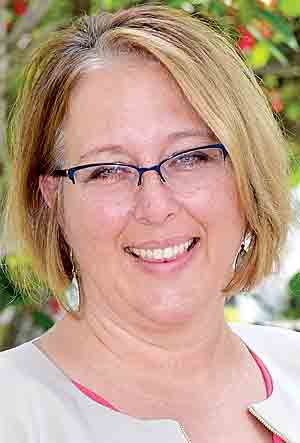 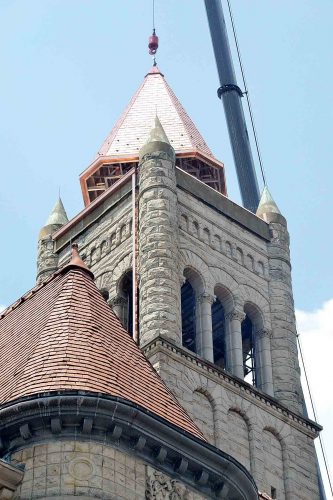