Education Professor Raven Cromwell reads “Julian is a Mermaid” by Jessica Love during a lecture on cultural diversity in children’s literature at Marietta College Monday. (Photo by Janelle Patterson) 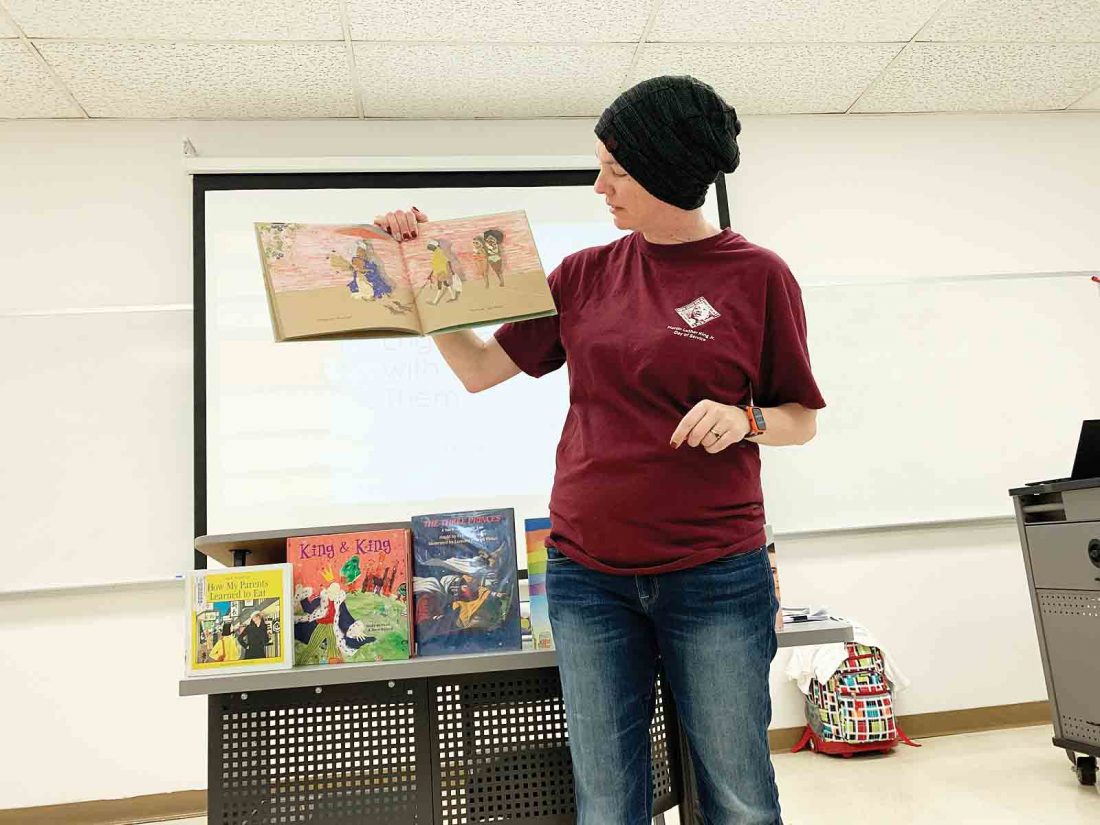 Education Professor Raven Cromwell reads “Julian is a Mermaid” by Jessica Love during a lecture on cultural diversity in children’s literature at Marietta College Monday. (Photo by Janelle Patterson)

MARIETTA — As parents and educators select literature for their growing children, where is diversity in that decision-making process?

That question was the underlying theme of a lecture on representation in children’s literature provided by Raven and Ben Cromwell, education and English professors respectively, at Marietta College on Monday.

“A lot of stories about Appalachian culture have been degrading, excusing norms with backgrounds of Scott-Irish, or with coal mining, but this goes back to that monolith, you’re not going to explain Appalachian women with one story,” said Amy Elliott, explaining how she grew up in Williamstown.

Elliott said she was most interested in Monday’s lecture as a parent of a prolific 8-year-old reader.

However, Marisa Menier, 23, of Marietta, said she was curious about the topics discussed because of her family background and personal experiences with racism within her family. 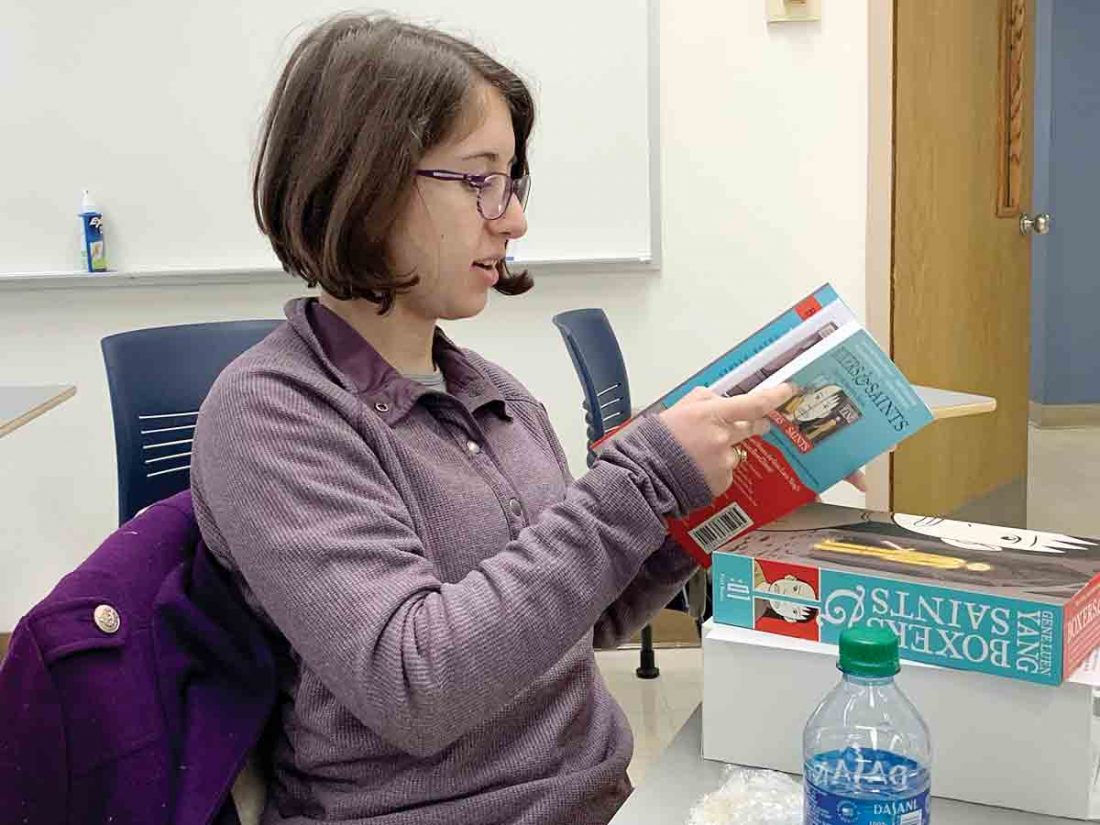 The presenters, who also voiced plans to host further training for local educators this spring, described opportunities to expand a child’s mind through literature and thereby not only impact test scores and reading comprehension but also foster greater empathy and compassion.

“When we do not provide books that mirror our children, we are pretty much erasing them,” said Raven.

Mirroring, she explained, is allowing a child to identify with one or more parts of their social and personal identity in what they are reading.

Identities can be made up of:

“As we take those chips away and you’re represented by fewer and fewer ideas, you begin to limit yourself,” guided Ben Cromwell, as he asked those in the room to first identify the top five parts of identity they most identify with.

“The same is true for cultural appropriation and we begin to see the stereotypes represent that whole culture, saying that they can be understood by a single story,” he continued.

The pair said as children see themselves and their peers’ experiences represented in books kept at home, the local library and most importantly in their classrooms, they can better see the value in shared and diverse experiences.

“It’s a real problem with children’s literature because the gatekeepers of children’s literature have nostalgia for inaccurate or exploitative representation,” said Raven. “And when students and readers don’t feel a connection a lot of times they resist because they’re uncomfortable. But it’s the teachers’ and parents’ jobs to create empathy. … enter the story and make connections with the protagonist.”

For more information on including diversity and accurate representation within your child’s reading list, visit diversebooks.org.

10 Quick ways to analyze children’s book for racism and sexism:

2. Check the storyline; Ask how problems are presented, could the same story be told if the sex or race roles were reversed?

4. Weigh the relationships; Who has power, how are family dynamics portrayed?

5. Note the heroes; Ask whose interest is the hero serving?

6. Consider the effects on a child’s self-image.

8. Watch for loaded words; Are tones sexist or racist in general use?

9. Consider the date of the copyright for the context of relevance or sensitivity.