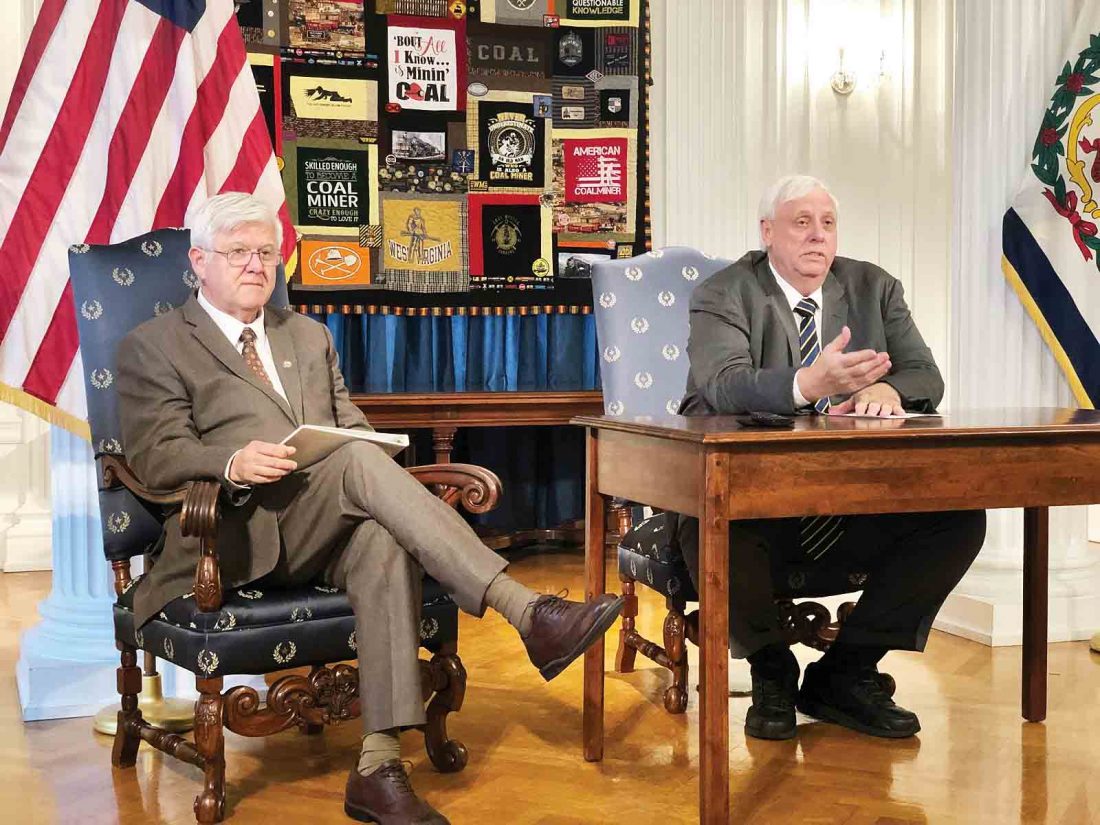 CHARLESTON — An infusion of funding from the State Treasurer’s Office into the West Virginia general revenue fund helped reduce the deficit for the first half of fiscal year 2020, officials said on Monday.

Gov. Jim Justice and State Treasurer John Perdue made a joint announcement Monday at the Capitol in Charleston.

“I give our treasurer lots and lots and lots of credit,” Justice said. “(Perdue) called down the other day and he said ‘Governor, I found $20 million we can put over into the general revenue. That would surely help us and everything in trying to get right side up.'”

“I’m proud that we’ve never lost a penny in the State Treasurer’s Office — your bank, the people’s bank — since I became your State Treasurer,” Perdue said. “We also have been able to get good interest rates off of our investments…that has brought about some of this money that’s going to be able to be returned, and the legal settlements that we’ve been able to accomplish in unclaimed property.”

According to the Department of Revenue, West Virginia brought in more than $2.203 billion in tax collections into the general revenue fund for the first six months of fiscal year 2020, starting July 1, 2019 and ending Dec. 31, 2019. The state is running $33.4 million below year-to-date estimates, or 1.49 percent below estimates. With the $20 million infusion from the State Treasurer’s Office, the deficit is reduced to $13.4 million – just .60 percent below estimates.

“Year-to-date we’re still trailing a little behind. This will put a big dent in that,” Justice said. “We’ve got some other pleasant surprises to come that are going to hopefully put another big dent in it. The long and short of it is our state is trending really well.”