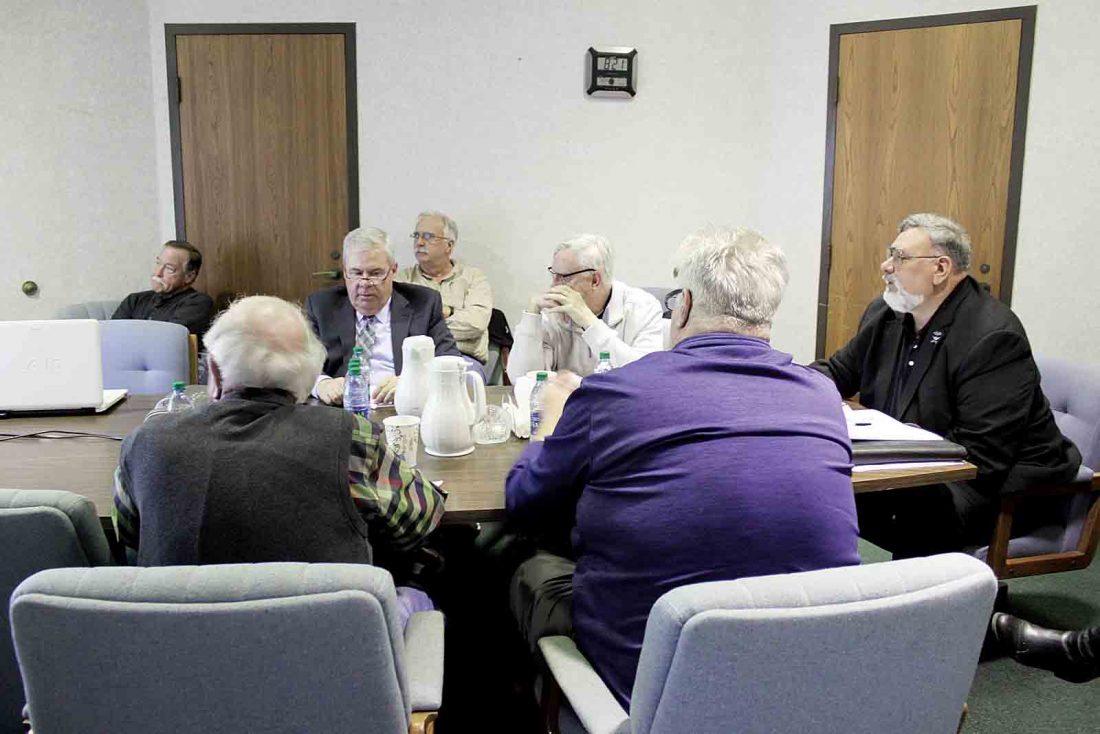 Members of the Wood County Airport Authority approved the fees for the LED upgrade to the main runway Tuesday morning. (Photo by Candice Black)

WILLIAMSTOWN — Fees were approved Tuesday morning for the LED light upgrade project for the main runway by the Wood County Airport Authority.

Those fees are part of the planning to facilitate the project, Glen Kelly, airport manager, said.

“(We) approved the fees to do these pieces of the planning and engineering to facilitate doing that project; they’ll put the bids out for the work,” Kelly said.

Kelly said the approval of the fees is part of the $2.3 million package.

“(We) will have to go through a couple more steps of the process before the grant is offered,” Kelly said.

It is hoped the LED lighting project will coincide with the upcoming runway project to keep the airport from being closed for a longer period of time, Kelly said.

Also discussed was the enplanement numbers for December. Kelly said there were 575 enplanements for the month, an increase of 235 from 2018. Fuel sales also were up for the month and for the year.

In December, 29 people had connecting flights through American Airlines through the interline agreement.

Plans to purchase aviation art for the restaurant and the installation of a radio to hear air traffic were discussed.

“We’re talking about having a radio in the restaurant that you can hear activities, people coming in to land or take off to try and make it more attractive to visitors to the airport – maybe for younger children to get them interested in aviation,” Richardson said.

CHARLESTON - Gov. Jim Justice said Wednesday West Virginia has all the tools needed to reopen the schools safely by ...