Eugene Ash practices his target shooting with a Nerf gun at the Wirt County Senior Citizens Center. That day was particularly special since it was his birthday. (Photo Provided) 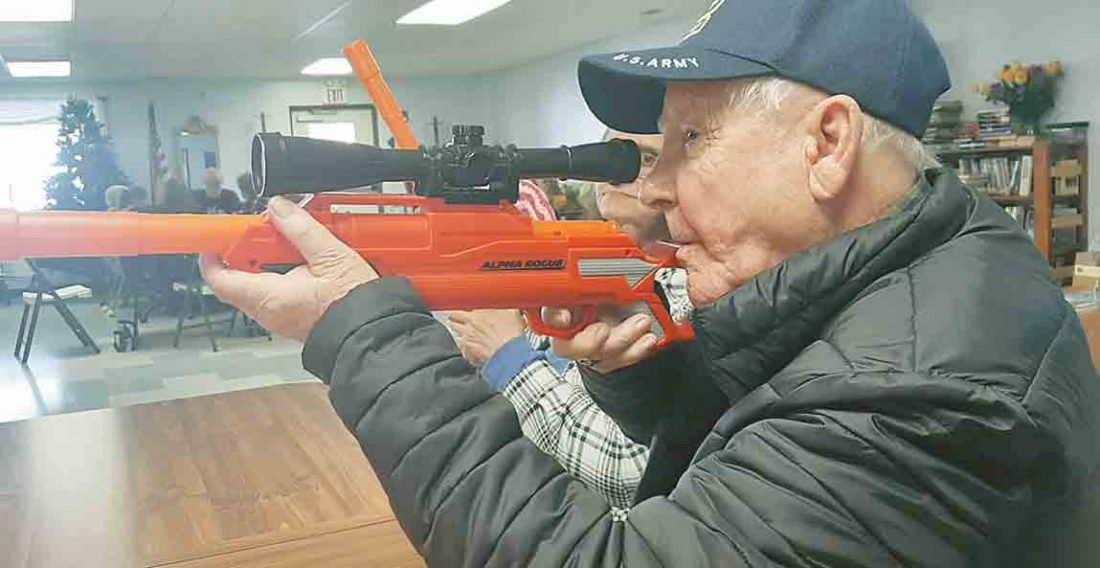 Eugene Ash practices his target shooting with a Nerf gun at the Wirt County Senior Citizens Center. That day was particularly special since it was his birthday. (Photo Provided)

ELIZABETH — Hunting season was in full swing at the Wirt County Senior Citizens Center. The center works all year to provide fun activities to senior citizens and they have a full schedule for the holidays.

Stephanie Whipkey, registered nurse, came up the idea to make a deer target and have folks use Nerf guns to recreate a time that some aren’t able to partake in anymore.

“I (saw) a thing on Facebook where a nursing home had done it and I thought they would enjoy it,” Whipkey said. “They had a blast. My grandma comes to the center every day and she even did it with me too, she just turned 82 yesterday.”

Whipkey took a few boxes and wrapped them in brown paper and place some googly eyes and sticks for antlers to make it look like a deer. About 10 people participated, she said.

“Some of them had never been hunting and some say they did it as a kid,” Whipkey said. “(We) had one that’s not able to hunt due to age, he used to hunt as a kid and he was one of the main reasons I decided to do it because I knew he would enjoy it so much.” 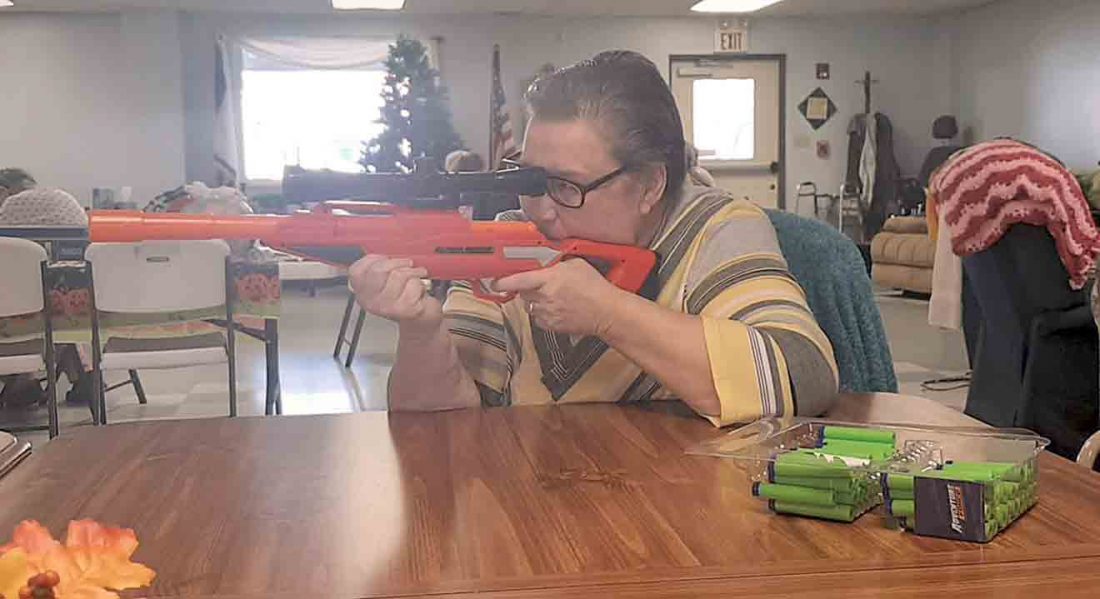 She said it is most definitely something they will continue to do every year.

Along with the hunting activity, the senior center has plenty of other holiday activities and events planned for the rest of the year. On Dec.12, a fundraiser will be held at Outback Steakhouse.

The center will receive 20 percent of all proceeds for the night to help fund trips to the movies and other outings for those folks and to help pay for a new roof, Whipkey said.

On Monday, seniors will go to Ogelbay Park to see the Christmas lights and shop. An ugly sweater contest and candy Christmas tree decorating will take place Dec. 18th. The Christmas lunch will be Dec. 19.