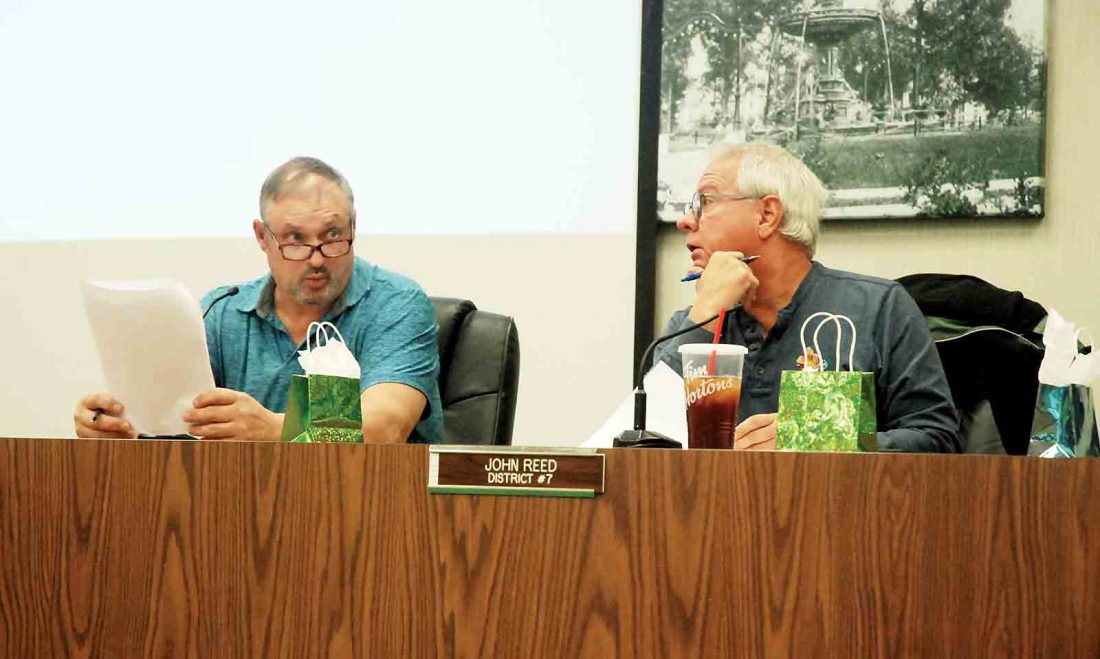 PARKERSBURG — City Council on Tuesday passed the final reading of an ordinance creating a real property tax rebate program and the first reading of one establishing a zoning district to encourage and regulate construction of smaller houses.

Under the legislation, owners who apply to the program and build new or make qualifying improvements to residential, commercial or industrial property can be rebated the city’s share of the increase in their property’s assessed value for 15 years. Just like at its Nov. 26 first reading, the ordinance was supported by representatives of Wood County Economic Development during the public forum.

“We’ve already had some interest (from) people asking when it’s going to go into effect,” said Lindsey Piersol, executive director of the development agency.

In addition to new construction, improvements for which the cost exceeds $25,000 on single-family structures would be eligible, along with $15,000 per dwelling unit on multi-family structures and at least $50,000 for commercial and industrial property.

The money received through the rebate reduces the risk of investment and could be enough to tip the scales on certain projects, said Bob Fehrenbacher, a member of the Wood County Economic Development board. 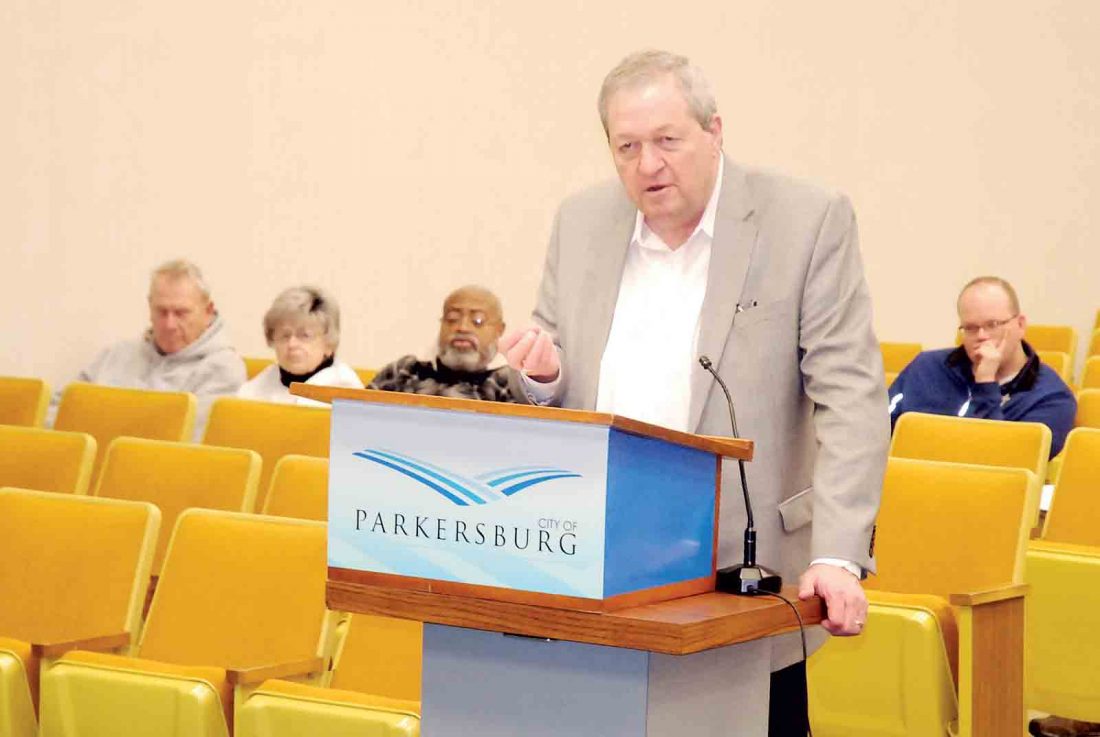 “There are so many areas where, with just the right incentive or just a little bit of an incentive, we can really turn the city around,” said Ed McDonough, chairman of the board.

Because Parkersburg would continue to receive tax on the existing property value, the program would not reduce the city’s budget.

Councilman Jeff Fox proposed an amendment to the ordinance, lowering the minimum amount for an improvement on single-family structures to $20,000. Fox said he was contacted by a Belpre resident who is interested in the program because he plans to buy and add on to a house in the city for his son’s family.

“If he’s doing the work, I think that would be helpful to drop the threshold a little bit,” he said.

The amendment was rejected on a 5-3 vote, with Councilman Bob Mercer absent. Some council members were reluctant to amend the ordinance and delay its implementation, even with the next council meeting slated for Dec. 17, a week earlier than usual. 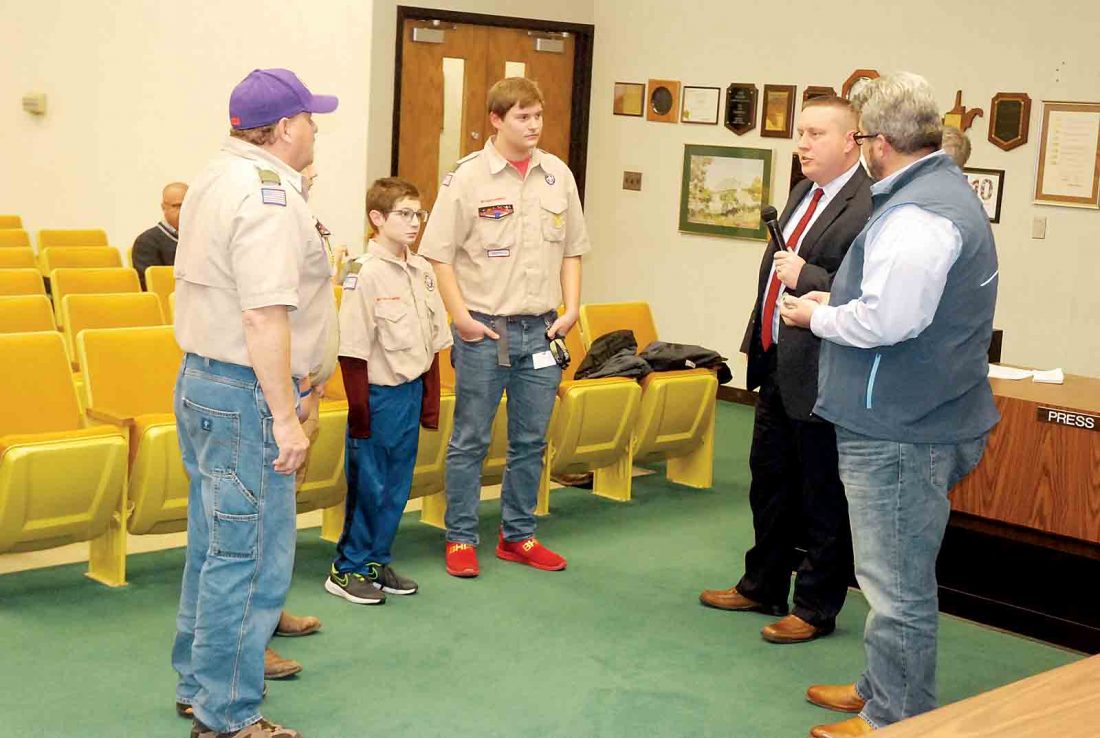 “I think these are things that we can look at later down the road, as far as fine-tuning,” Councilman John Reed said.

The ordinance passed 7-0, with Fox abstaining.

The small home overlay district passed 8-0 and will appear on the Dec. 17 agenda for a final reading.

The ordinance limits the small homes to a maximum of 1,250 square feet, with a minimum of 250 square feet of floor space for each occupant. The structures must have permanent foundations and utilities, prohibiting the presence of trailers or “tiny” homes that can be pulled behind a vehicle.

The district is located roughly between Virginia and Laird avenues and 16th and Spring streets, primarily in District 4, with a portion in District 5.

Reed noted that small homes could still be built elsewhere. Development Director Rickie Yeager said the overlay would allow multiple smaller homes to be built together in “pocket neighborhoods.”

“It says, ‘Here’s where we’d like to see it happen if it’s going to’ and some guidelines,” Yeager said.

Councilman J.R. Carpenter, who represents District 5, said some of his constituents are worried the smaller homes might be rentals and would prefer to see home ownership encouraged.

“The concern is, these blocks got in the shape they’re in because of rentals,” he said.

City Attorney Joe Santer said the city cannot prohibit an owner from offering his or her property for rent.

Carpenter asked how the boundaries were determined, saying no one in his district was contacted about the change. Yeager said the administration proposed the area and notice was not required because the underlying usage of the zone was not changing.

“We’re excited to see it, but we don’t know how it’s going to work,” Carpenter said.

He proposed amending the ordinance to move its northern border from Spring Street to St. Marys Avenue.

“So essentially you want to cut your district out of the overlay, which is fine,” said Councilman Eric Barber, who represents District 4.

Barber said the area Carpenter wanted to remove was probably the most appealing place for developers. The amendment was rejected in a 6-2 vote, with Carpenter and Fox in favor.

In other business, council unanimously approved the first reading of an ordinance reducing the membership of the Municipal Planning Commission from 15 to 11 people, a resolution authorizing Joyce to submit the annual report on the Avery Court tax-increment financing district and the reappointment of Wayne Waldeck to the Downtown Facade Committee.