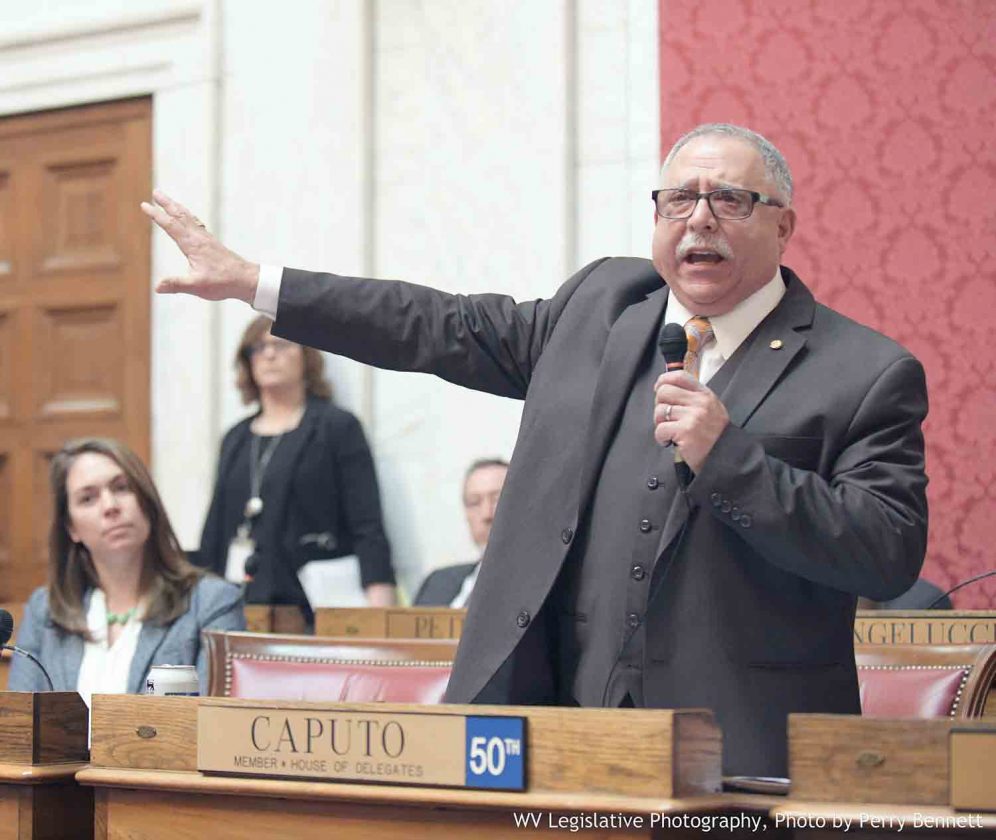 CHARLESTON — In a new wrinkle in the criminal case involving the second-ranking Democrat in the House of Delegates, a hearing was continued Thursday while a magistrate considers a motion for legislative immunity.

House Minority Whip Mike Caputo, D-Marion, who announced his campaign for the state Senate Tuesday, was in Kanawha County Magistrate Court Thursday morning for a misdemeanor battery charge filed against him by Capitol Police after he was accused in March of injuring an assistant doorkeeper and a now-deceased delegate.

Magistrate Pete Lopez granted a continuance after attorneys for Caputo filed a motion to dismiss the charges, citing a law that grants members of the West Virginia Legislature immunity in certain circumstances. According to State Code 4-1A-6, members of the Legislature have “immunity extending both to civil suits and criminal prosecutions for all actions within the legislative sphere.”

“While (Caputo) disputes many of the allegations made in the criminal complaint, there is no dispute that this alleged incident occurred while the West Virginia House of Delegates was in session, when (Caputo) was entering the chambers of the House of Delegates to participate in the session, and indisputably occurred while (Caputo) was acting within the legislative sphere,” wrote attorney J. Timothy DiPiero in his motion.

Caputo was charged Sept. 6 for actions occurring the final week of the 2019 legislative session. During West Virginia GOP Day on March 1 at the start of the final week of the 2019 legislative session, a number of Democratic delegates were upset by a display set up by Brenda Arthur, who has frequently spoken on behalf of ACT for America — an organization critical of Muslims and supportive of strict controls on immigration and asylum.

The display, in front of the House of Delegates chamber, included a poster showing the World Trade Center attack on Sept. 11, 2001, above a picture of U.S. Rep. Ilhan Omar, D-Minn., a Somali immigrant and Muslim.

Arthur was confronted by several delegates, including Caputo.

DiPiero argued in his motion that since Caputo was trying to enter the House chamber when the bell calling delegates rang, he was fulfilling his legislative duty and immunity applies. Caputo said he was denied entry into the House Chamber by Casterline.

“Yeah, I’m the one who kicked the door open, that’s how angry I was,” Caputo said in a floor speech moments after the incident. “I tried to get in here between the prayer and the pledge. I’m a member of this House, and no one is going to keep me from opening that door.”

DiPiero cites House Rule 27, which says the door of the House “shall not be closed against any member until his name shall have been called twice.”

Caputo apologized for his actions during a floor speech on March 2, saying “I let my emotions overload my good sense.” As punishment, Caputo was removed from all committee assignments for the remainder of the 2019 legislative session.

An attempt by a small minority of Republican delegates to either remove Caputo from his seat or censure him failed.