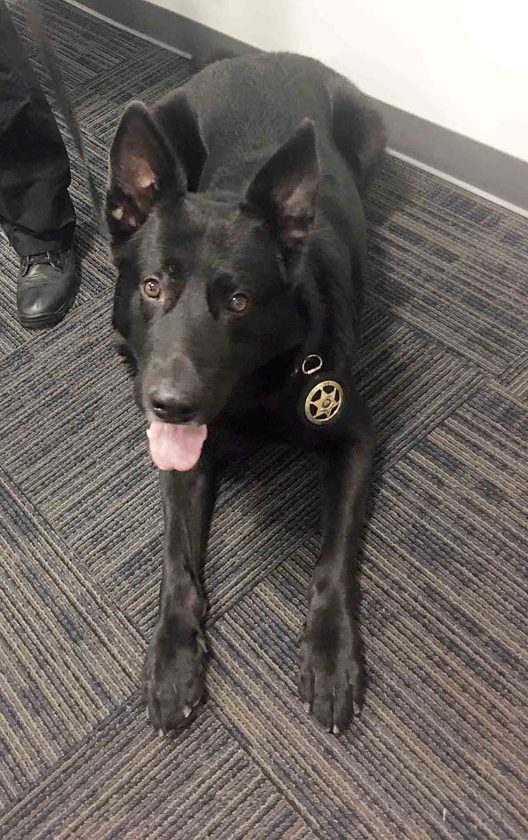 PARKERSBURG — The Wood County Sheriff’s Office K9 unit has received a $500 donation through the help of social media.

The Aftermath K9 Grant is a national award given yearly based on daily votes received through its website and on social media channels, running from Oct. 23 through Nov. 3. First place is a $5,000 grant from the organization. Second through sixth places are also awarded, and several honorable mentions, all with monetary awards.

It was announced Wednesday that K9 Drago and his partner, Deputy Taylor Phillips, earned an honorable mention award of $500 for the Wood County K9 unit. Moreover, an anonymous donor pledged to match the funds, so the sheriff’s department will receive a total of $1,000 for its program.

“It’s a big honor for us,” Phillips said. “There is that much support in the community.”

Sheriff Steve Stephens said the K9s are an important part of the department.

“We’re very proud of all of our support for K9 Drago,” Stephens said.

K9 Drago hasn’t been the only K9 in the department raising funds. K9 Ogi and his partner, Deputy Tyler Marlow, were selected to receive a $950 donation through a Fruth Pharmacy fundraiser in Mineral Wells.

All of the funds will be helpful for the department. “It takes a lot of money to run the unit,” said Phillips.

Stephens said the money will go toward veterinary bills, food and boarding for the dogs, as well as extra training for both dog and handler. “All of the dogs were purchased with donated funds; that’s how much the public supports us.”

Phillips and Drago are ready to try again for next year’s Aftermath grant.

“He has his own Facebook page, K9 Drago, and that’s where I keep everyone updated on him,” she said. “The followers were very important for the success in this year’s contest. People really got on board. Maybe next year we can get more followers.”

If anyone is interested in making a donation to the K9 unit, contact the Wood County Sheriff’s Office.

Amy Phelps can be reached at aphelps@newsandsentinel.com.