There was a packed house at the Churchtown Knights of Columbus building for the St. John Central Gala on Saturday. (Photo by Doug Loyer)

Justin Arthur of the musical group The Hopewell performs at the gala. (Photo by Doug Loyer) 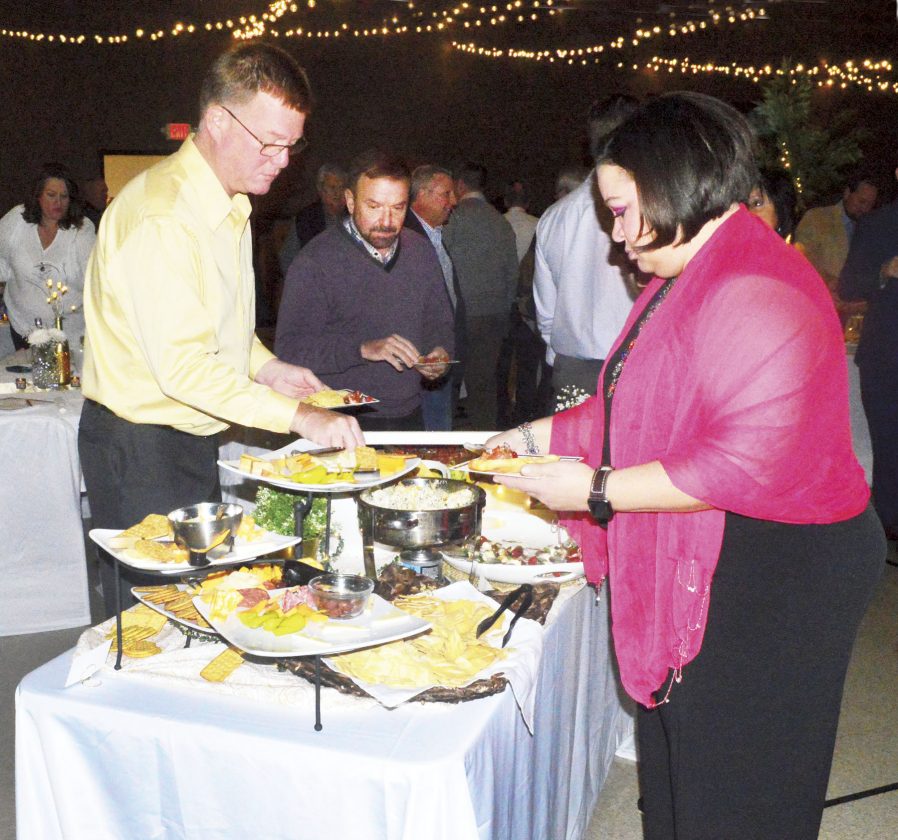 CHURCHTOWN — The St. John Central Home and School Association Gala was held Saturday night at the Knights of Columbus Hall in Churchtown, with the school’s first gala serving as a fundraising event that gave guests a wonderful night out.

“We started planning this around three months ago,” said association President Ryan Lauchard. “We worked very hard to pull this off.

“This is the first one,” said Lauchard. “We’re hoping that it catches on and brings a little attention to St. John Central School and to let people have a nice night out.”

All of the money benefits the school. The Home and School Association raises money every year in support of the school’s operating budget. It has a number of committees for fund raising, community relations, athletic boosters and others run by parents. The association partners with the teachers, parents and students to continuously find ways to make the school better.

The gala showed great community response and support with 175 tickets sold at $100, with each ticket admitting two guests. 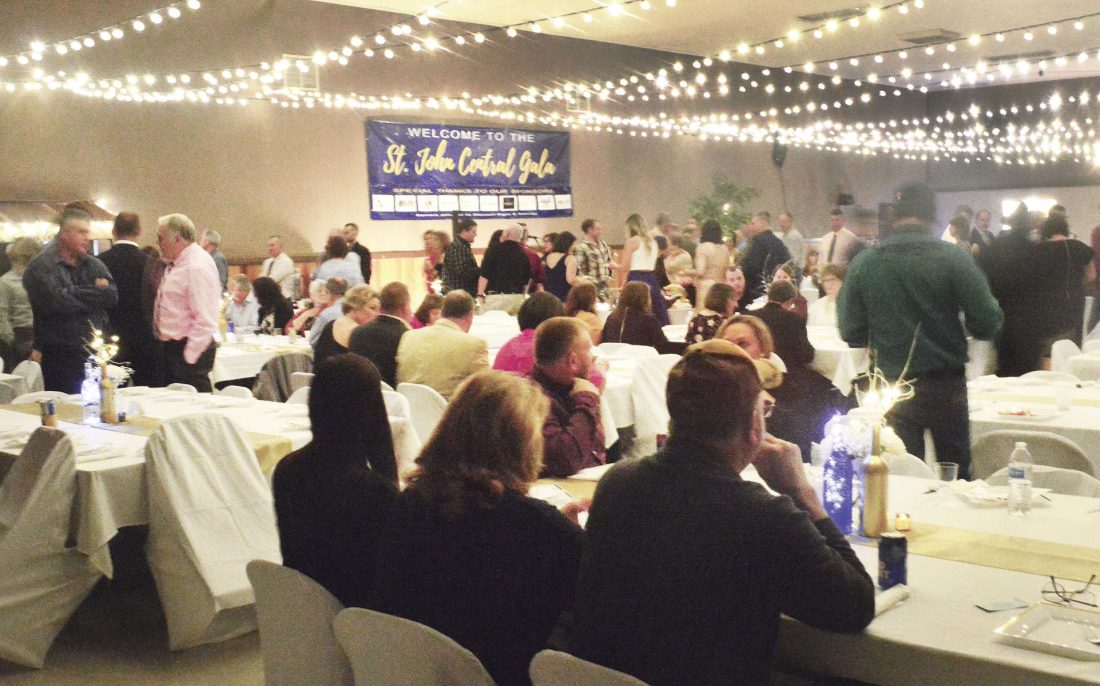 There was a packed house at the Churchtown Knights of Columbus building for the St. John Central Gala on Saturday. (Photo by Doug Loyer)

There was room for 350, but organizers were expecting to have around 315-320 attend. The gala featured appetizers, live entertainment by The Hopewell, a buffet dinner catered by Big Food, Little Kitchen, digital photos by Kristin Marie Photography, a cash bar, punchboard, split the deck and a gun safe raffle.

Every ticket purchased was entered for the cash drawing, with $3,500 given away during the evening. The grand prize of $2,000 was won by Russ and Betina Lang, parents of St. John School graduates.

St. John Central School has slightly under 100 students, not including pre-school, and has served the area youth with a Catholic education since 1956. Going through the eighth grade, many generations of families have passed through St. John Central’s doors. Students then usually continue on to high school at Fort Frye, Waterford or Warren.

With class sizes being small, the students at St. John Central School get a lot of attention. 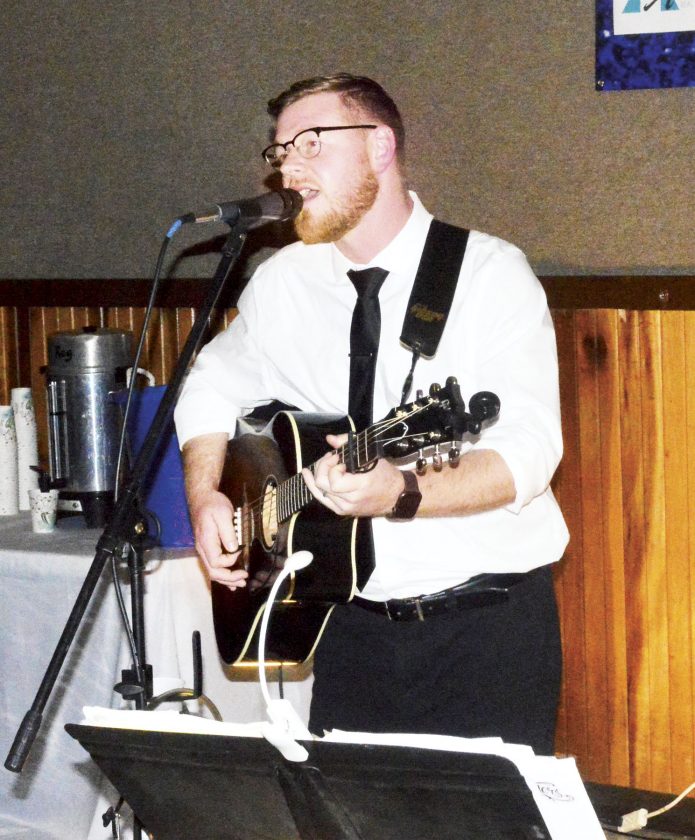 Justin Arthur of the musical group The Hopewell performs at the gala. (Photo by Doug Loyer)

Marisa Dunaway, the schools second and third grade teacher, agreed. “The older students look out for the younger students. They’re good role models. Everybody knows everybody’s name here and they’re kind to one another.”

Both teachers thought that having the gala was an awesome idea, saying that it is a nice way for everyone to reconnect or meet people in the community. People can get together, talk and mingle, and its for a good cause, St. John School, they said.

“St. John Central is a wonderful school and the students get a very good education,” said Mary Brooker, who went to school there herself. “I had eight kids go through the school and two grandkids.”

“This is the first time for this gala and it looks nice, they’ve done a good job,” said Angela Vivrao, of Lowell, who went to school there years ago as did her mother and son.

“I graduated from eighth grade at St. John 57 years ago,” said Angela’s mother, Debbie Misel, also of Lowell. “I’ve always tried to support the school any way I can. I hope the school lasts forever and I hope that they do well raising some money tonight.”

Tony Lang thought that the gala was a fantastic idea.

“This is for the school,” said Lang. “They’re generating money to keep the school operating and they’re doing a great job. They’ll make it go … they’re hard workers and know how to do this.”