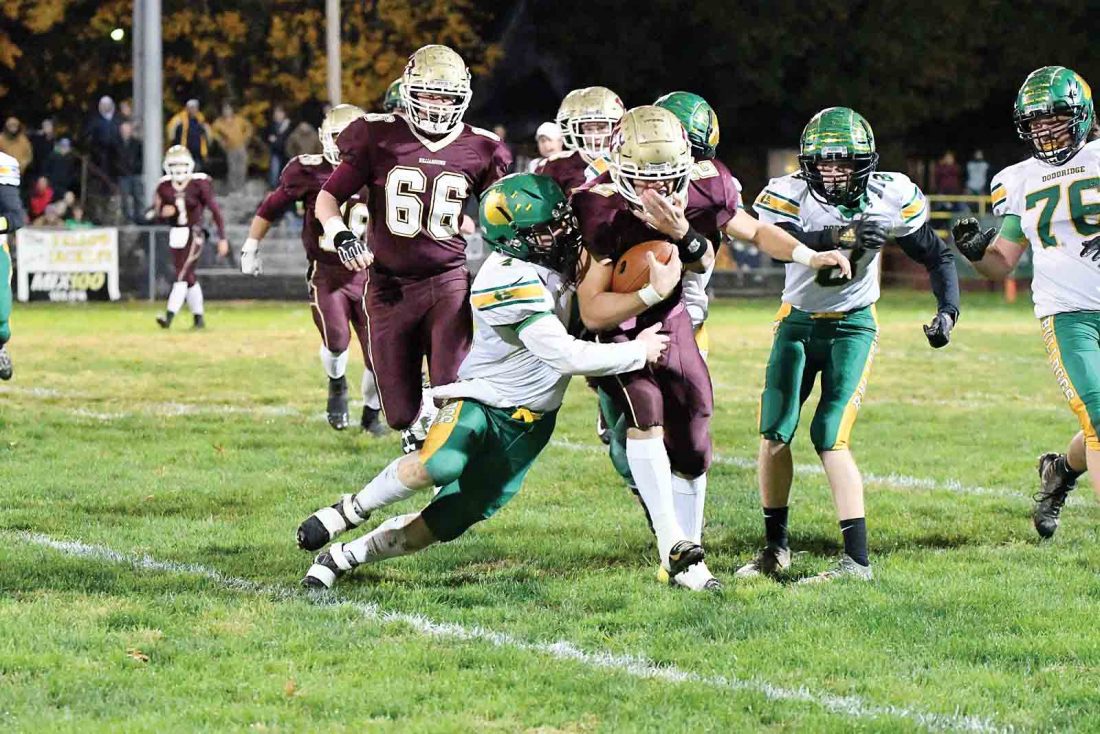 Ask and you shall receive, coach.

His Bulldog defense stifled a high-powered Yellowjacket offense and forced five turnovers in a 20-7 win. Running back Hunter America then added 217 yards on the ground on 33 carries and a pair of touchdown runs. The victory, coupled with Moorefield beating WVSSAC top-rated Pendleton County, sets up the Bulldogs for the ascension to the No. 1 spot in the ratings.

“The turnovers were huge and I think both teams like to capitalize on other team’s mistakes and that was part of the game tonight,” said Burnside.

Before this could happen, Doddridge had to deal with a hot Williamstown team on an eight-game winning streak. 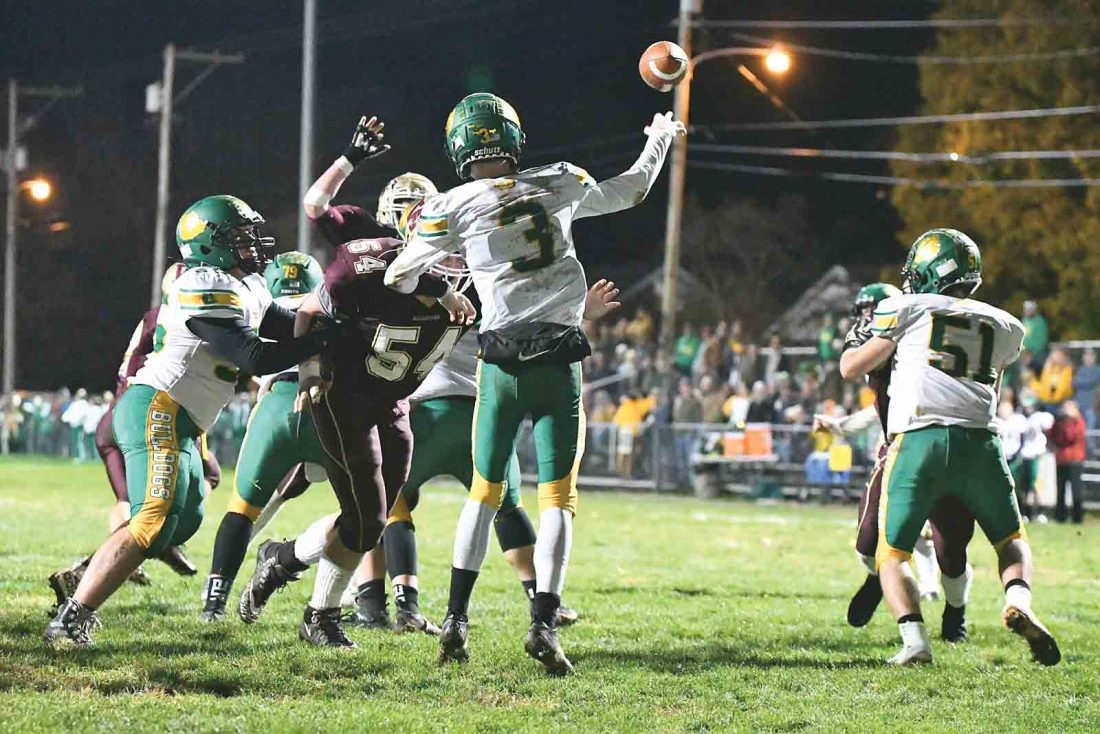 “The kids simply played their guts out,” said Burnside.

Defensive coordinator Dave “Bear” Burnside’s unit did this by repeatedly making life difficult for the Yellowjackets’ offense. One of two forced fumbles and two of three interceptions came with the home team driving toward the end zone.

Noah Bumgardner’s pick of a late pass with just over two minutes remaining on his 42-yard line sealed the victory. Bear gave a big round of applause to his defense for the effort.

One of the Jackets’ biggest threats was running back Ty Moore and his ability to run between the tackles. Bulldog lineman Connor Cunningham, Devin Farley and Cole James made it difficult for Moore and Yellowjacket runners to find any room up the middle. Moore’s favorite running lanes closed quickly on the evening. He was held to just 53 yards on 15 carries. Overall, Williamstown ran for 102 yards on 25 carries.

“They are doing what they are good at and we were able to stop that tonight,” said Bear.

This development forced the Yellowjackets to the passing game where Brayden Modesitt had limited success. While the completion percentage looked good at 9 of 14, the total yardage was just 72 stripes.

Four of those yards came on Mason Deem’s touchdown catch from Modesitt just before halftime. The score cut the Doddridge lead to 14-7. The weird twist came in how the score was set up. Hunter Jenkins’ interception on fourth and 25 at the Bulldog 2 put the Doddridge offense on the field with minutes left in the second quarter.

Williamstown held and got the ball back at the Bulldogs’ 39-yard line. Modesitt’s 10-yard slant pass to Eric Brown on 2nd and 9 then energized a sluggish Yellowjacket offense. Three plays later Modesitt took his time when rolling right and found Deem in the middle of the end zone with 28.8 second left in the half. The score became more important as the Yellowjackets deferred after winning the opening coin toss.

Williamstown received two chances to even the score out of the locker room. One drive which reached the Doddridge County 11 ended on a lost fumble, the other ended on a punt.

The Bulldogs then put the nail in the coffin with a 13-play, 7:49 minute drive. America tallied his second touchdown on the evening with a 2-yard run with 11:48 left in the fourth.

“Williamstown is good in the second half and our young men did a great job and played hard,” said Burnside.

Doddridge put the heat on early with the first 14 points of the game. Quarterback Noah Bumgardner hit Hunter Jenkins for a 19-yard pass as 2:54 remained in the first quarter. America then ran 34-yards between a slew of defenders and blockers down the middle of the field for a 14-0 lead with 11:20 left in the second period.

The loss ended Williamstown’s regular season with an 8-2 mark. Terry Smith had a mixed review of his team’s performance.

“I think we had great effort tonight but didn’t take advantage of any of the opportunities we had,” said Smith. “It is very hard to overcome five turnovers. They guys are trying and that is just the way it goes.”

Joe Albright can be reached at jalbright@newsandsentinel.com.