Bill Kuhn stops to point out holes in the foundation of 708 Eighth St., Thursday while standing below the window where, for several years, he’s been watched each morning by a raccoon as he has his morning coffee. (Photo by Janelle Patterson) 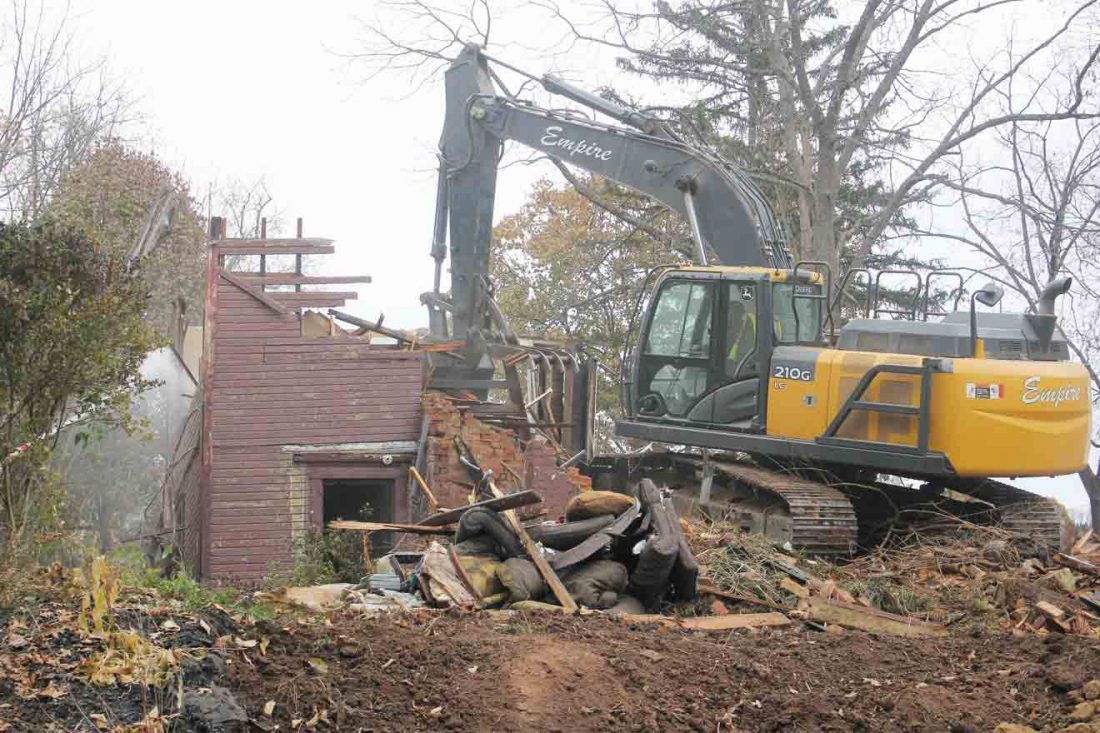 MARIETTA — Demolition day had neighbors celebrating Thursday as the sight of an excavator ushered an end to more than 13 years of blight, trash, vermin, public health and tall grass complaints filed with the city of Marietta.

“I didn’t see the vermin scatter, but now the raccoon I have coffee with every morning is gone,” said Bill Kuhn, as he celebrated the demolition of 708 Eighth St.

Kuhn has lived next door to the blighted property for a decade and took the day off to watch the property come down.

Bethany and Shane Colvin, who live directly across the street from the eyesore, celebrated to play-by-play photos and video as the structure was removed. 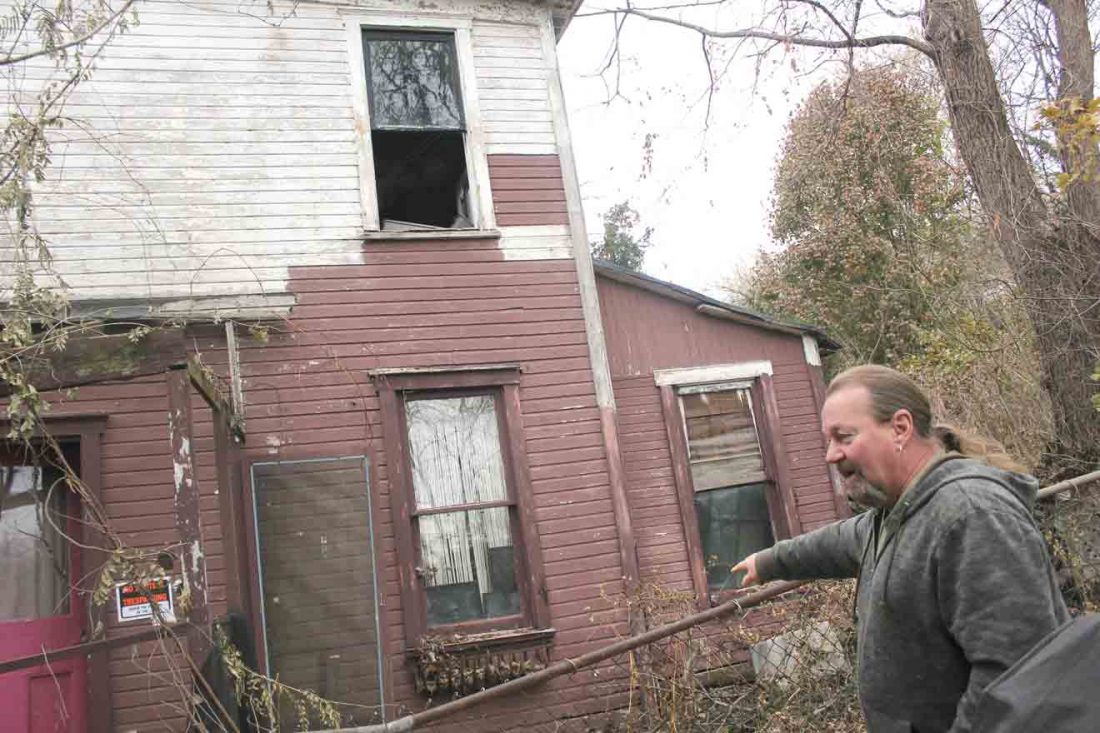 Bill Kuhn stops to point out holes in the foundation of 708 Eighth St., Thursday while standing below the window where, for several years, he’s been watched each morning by a raccoon as he has his morning coffee. (Photo by Janelle Patterson)

Ken Strahler Masonry Inc. set up shop on the steep hillside to tear the property down Thursday morning, tearing away vegetation and building up a sand ramp to allow an excavator to knock down the brick structure.

“It just took a little push,” said Strahler. “It wasn’t structurally sound. We had it down in 19 minutes.”

The demolition is the culmination of a lawsuit filed by the city this spring, going after owner Scot Edgerton for the public health risk it posed.

“I’m glad we put it down,” said Councilman Geoff Schenkel, who attended each of the court hearings on the property this year since it was filed in May. “Now on to the next set of unanswered questions; plow things up, and we can discover what we’ve been doing in the past so we can continue to speed what we’ve been doing lately and carry that on into the future.”

City Law Director Paul Bertram said Thursday that the property’s demolition will be paid for out of a general fund line item.

The contract for the home’s removal and seeding the remaining land was $24,000.

“Now that will be billed to Mr. Edgerton,” said Bertram.

The law director said the next blighted structure to be taken down by the end of the year are a condemned trailer at the Gilman Avenue trailer park he owns (Lot 2), which is out for bid until Monday.