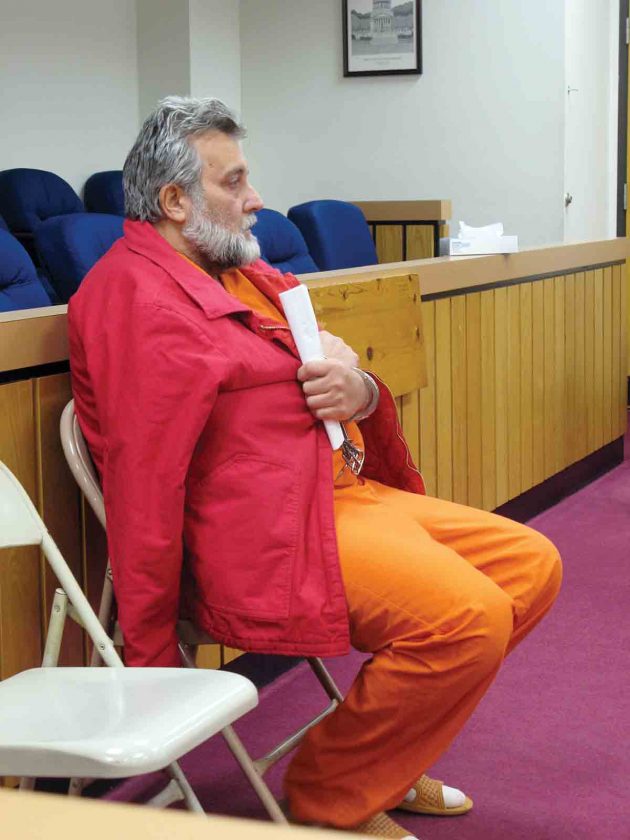 PARKERSBURG — A judge on Friday denied bond for a man accused of stabbing and killing his brother.

At Friday’s hearing, Wood County Prosecutor Pat Lefebure said the weapon was a Bowie-style knife with an approximately 10-and-a-half-inch blade. When authorities arrived, Johnson “was not providing any type of life support or CPR” for Arnott, Lefebure said.

Johnson’s attorney, G. Bradley Frum, asked Beane to set “a reasonable bond.” He said Johnson had always shown up for court hearings in previous cases and had no plans to leave the area.

Lefebure asked for no bond, citing the seriousness of the crime. He said Johnson claimed his brother initiated the violence, but no weapon or sign of injury to Johnson had been found.

“He attacked me with a fork,” Johnson said to Frum as Lefebure spoke.

Johnson is scheduled to appear for a preliminary hearing at 3 p.m. Wednesday in Wood County Magistrate Court.