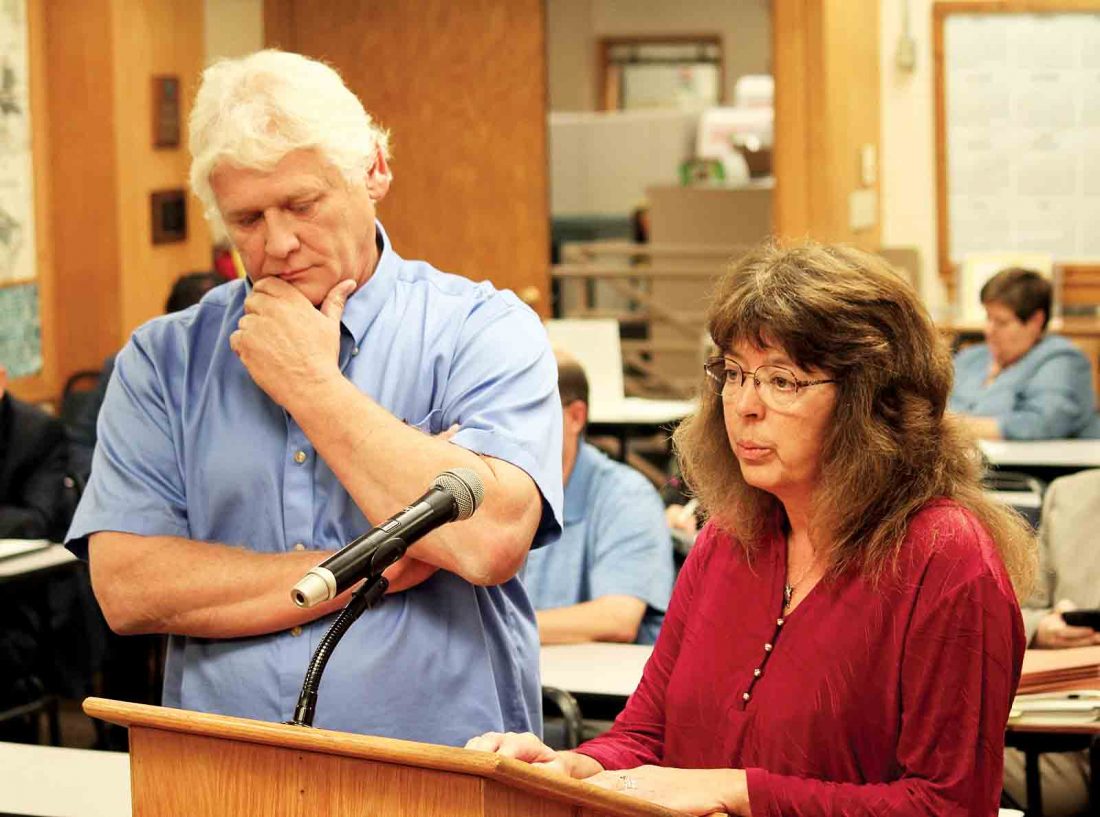 Waverly residents Dan and Kim Sayres address the Wood County Board of Education Tuesday, asking members to reconsider a plan to close Waverly Elementary School. The board meets at 3:30 p.m. today at Jefferson Elementary Center to vote on the closure. (Photo by Michael Erb)

PARKERSBURG — Supporters of Waverly Elementary School addressed the Wood County Board of Education Tuesday evening in a final plea to keep the school open.

Officials have said Wood County Schools, which operates 27 schools but has seen its enrollment decline by 2,500 students since 2001, will use nearly half of its savings this year as part of its operating budget and could run out of savings within the next 16 months if schools are not closed. Earlier this month the board voted to close McKinley and Worthington elementary schools at the end of the current school year.

Four community members addressed the board Tuesday, asking members to consider other solutions to the district’s financial situation.

Waverly resident Sharon Corbitt asked the board to look at shifting the attendance lines for Waverly to take in more students from the area of Worthington Elementary School, which will close and merge with Emerson Elementary School next fall. She also said closing Waverly would mean the loss of the town’s library, which is located on school property. 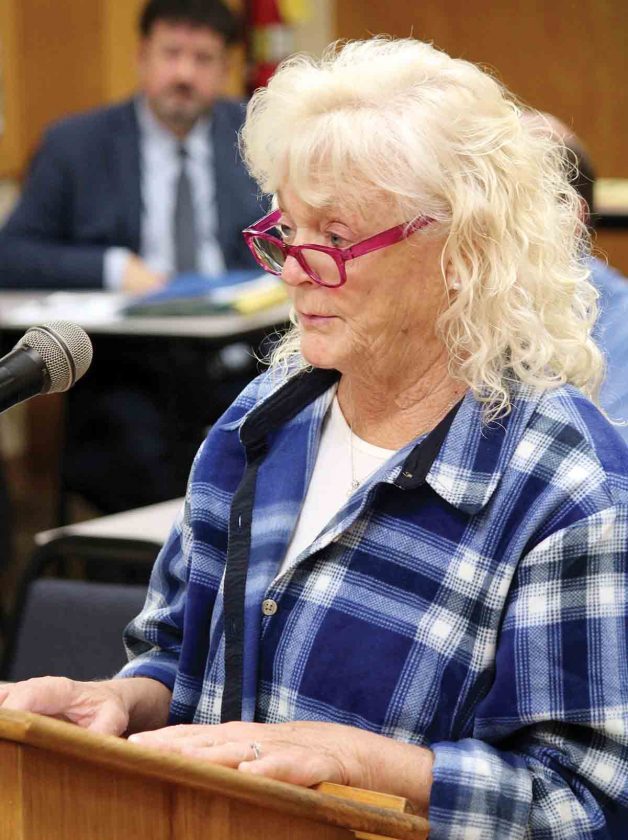 Though Corbitt said she understood the board had to address its finances, “it is also your job to try to find another way to keep Waverly School open. Please try and put the kids first and look at different scenarios.”

Businessman Fred Clark, who has been a vocal opponent of the closure of Waverly Elementary, presented the board with a packet of information on the dangers of closing rural schools and long bus rides for children.

“To boil it all down, it says bus rides aren’t very good for kids,” he said.

Clark said he has given information and a petition of 1,750 signatures opposing the closure to West Virginia Gov. Jim Justice in the hopes of the West Virginia Board of Education voting against the plan when it comes before them in November.

Clark also argued the school system would not save an estimated $500,000 on closure of the school.

“If you guys think you are going to balance Wood County Schools’ budget on closing Waverly, it’s not going to happen,” he said.

Waverly resident Kim Sayres, along with her husband Dan Sayres, talked about the community of Waverly and expressed concerns over transportation to the new Williamstown-Waverly Elementary School, asking if it will place a hardship on low-income families. All of the speakers argued the school remains the center of Waverly and its residents.

“It truly is the hub of our community. Our little ones deserve it,” Kim Sayres said. “We don’t feel like we’ve done anything wrong to have it taken away from us.”

Worthington Elementary School, which was unanimously approved for closure at the Oct. 2 meeting, was included for closure in the original CEFP but was never closed.

At the end of Tuesday’s meeting, Hendershot thanked the speakers from Waverly and her fellow board members.

“This has been a tough few months,” Hendershot said.

“Focusing and putting resources where they belong is our number one duty,” said board member Justin Raber. “We have a lot of tough decisions. We have a lot of decisions that haven’t been made for a very long time.”

Board member Ron Tice, who often was addressed directly during Tuesday’s public comments, said it would be a difficult decision and said he hopes “everyone votes their heart.”

“I do appreciate all the people from Waverly,” Tice said. “I take it into consideration. I truly do.”