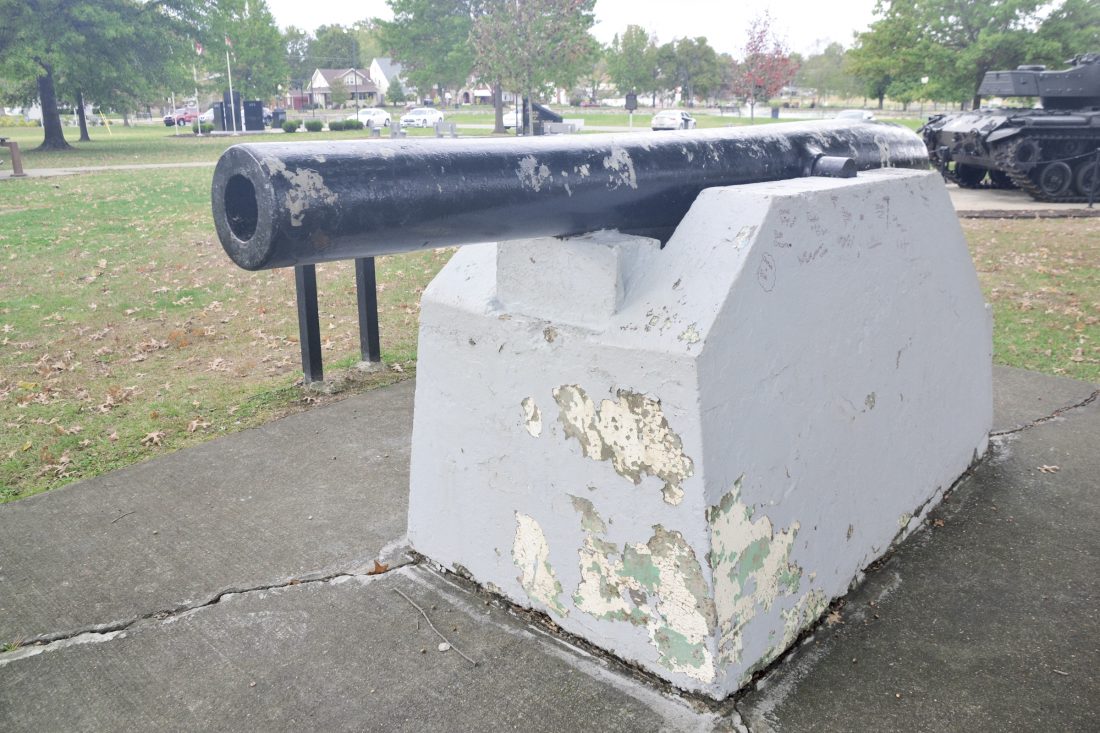 Photo by Brett Dunlap The “Long Tom” cannon at City Park. The Wood County Commission is proposing a trade with the City of Parkersburg where the county would get the cannon to put at Fort Boreman Park and the city would get complete control over Bicentennial Park, which is split between the city and the county. Parkersburg City Council will have a first reading of an ordinance tonight at the city council meeting proposing a trade.

Parkersburg Mayor Tom Joyce appeared briefly before the Wood County Commission on Monday to submit documentation of an ordinance Parkersburg City Council will vote on a first reading this evening. Joyce is planning to submit to the commission a letter from Bob Enoch of the Wood County Historical Society supporting the move of the cannon from City Park to Fort Boreman Park.

Commission President Blair Couch said the county has been interested in doing a trade with the City of Parkersburg where the county would get “Long Tom” and move it to Fort Boreman Park. The city would get control over all of Bicentennial Park, which is split in half between the county and the city.

That split has caused problems for both sides when events are held there and when vendors wanted space and electric hook-ups in regard to who controls what, officials said.

Couch made the initial proposal years ago for a trade but nothing came of it.

About a year ago, the city began experiencing a problem of homeless people staying overnight at the park under the tent area. City officials reached out to Couch to see if the trade could still be worked out.

”I don’t know if it will be a true swap or if it is a lend lease or whatever,” Couch said. ”However, returning ‘Long Tom’ back to Fort Boreman and having the city have responsibility for the whole tent area works best for everyone.”

Commissioner Jimmy Colombo said when he was mayor there were always concerns about who controlled what in the park and he wanted to work with the county to maintain it.

”It is a beautiful little area and a lot of people draw arbitrary lines and try to control those lines,” he said.

The city is going to propose a swap and city council is expected to vote on a first reading proposal this evening during the City Council meeting, officials said.

Joyce is hopeful council will see this as a benefit to both sides and approve it.

”Keep your fingers crossed that there are five members of city council who recognize a good thing for two parties,” the mayor said.

Couch said the county has a Civil War park and that “Long Tom” was of that era and at Fort Boreman at one time after the war. It made sense for the county to have it there, he said.

A historical sign erected by the county near the cannon at City Park states:

”The Civil siege gun, affectionately known as “Long Tom,” was brought to Parkersburg in 1898 by the Andrew Mather Post No. 14 of the G.A.R. (Grand Army of the Republic fraternal organization) and placed at the site of Fort Boreman, seemingly to ‘watch over and protect’ the City of Parkersburg.

”In 1899 the roar of “Long Tom” initiated the Wood County Centennial Celebration: the following years heard the same roar occur primarily on the Fourth of July.

”Eventual, Long Tom’s roar ceased and it was destined for the scrap-yard. But in September of 1921, through the efforts of the Parkersburg Kiwanis Club, Long Tom was saved and retired to Parkersburg City Park.”

Couch said it was brought to Parkersburg by train from Pittsburgh. A mule team pulled it up on the hill.

The cannon at City Park has fallen into disrepair.

”It was painted black and it is flaking everywhere,” Couch said.

If the city approves the swap, county officials will determine where the cannon would go in the park and how it will be displayed. Officials said it was once on railroad tracks. When it was fired, it would roll back and crews would have to roll it back.

The commission turned over the bid to Wood County Parks Director Jeremy Cross for review. He will get back with the commission on the bid.

The county needs to replace the Coast Guard and Marine Shelters at Veterans Park along West Virginia 31 that have been deteriorating. Shelters at the park are named for each branch of the U.S. military. Cross hoped to use the existing concrete pads to put the new shelters on, but a new pad is needed.

The county wants to put a new shelter in at Fort Boreman Park closer to the main gate. After review, officials decided to put the shelter behind the historic cabin by the main gate.

• County Administrator Marty Seufer informed the commission of a problem he found on the Wood County Sheriff’s Tax Office webpage where incorrect tax amounts were being listed on the main list page. He called up his own tax records for property he owns as well as a couple of the commissioners.

The initial listing showed an incorrect amount, but when they clicked “details,” the new page that comes up has the correct amount listed. A representative from the Tax Office told Seufer they were aware of the problem, which has been going on for a while, and the company, CSSI, who did the software, is looking into it. 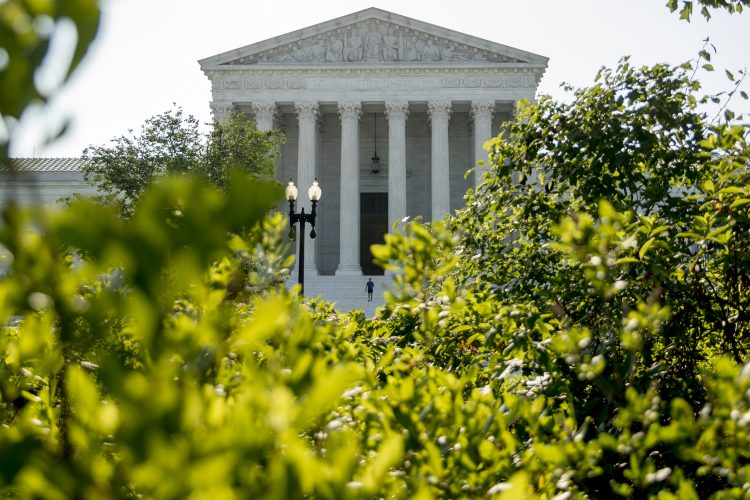