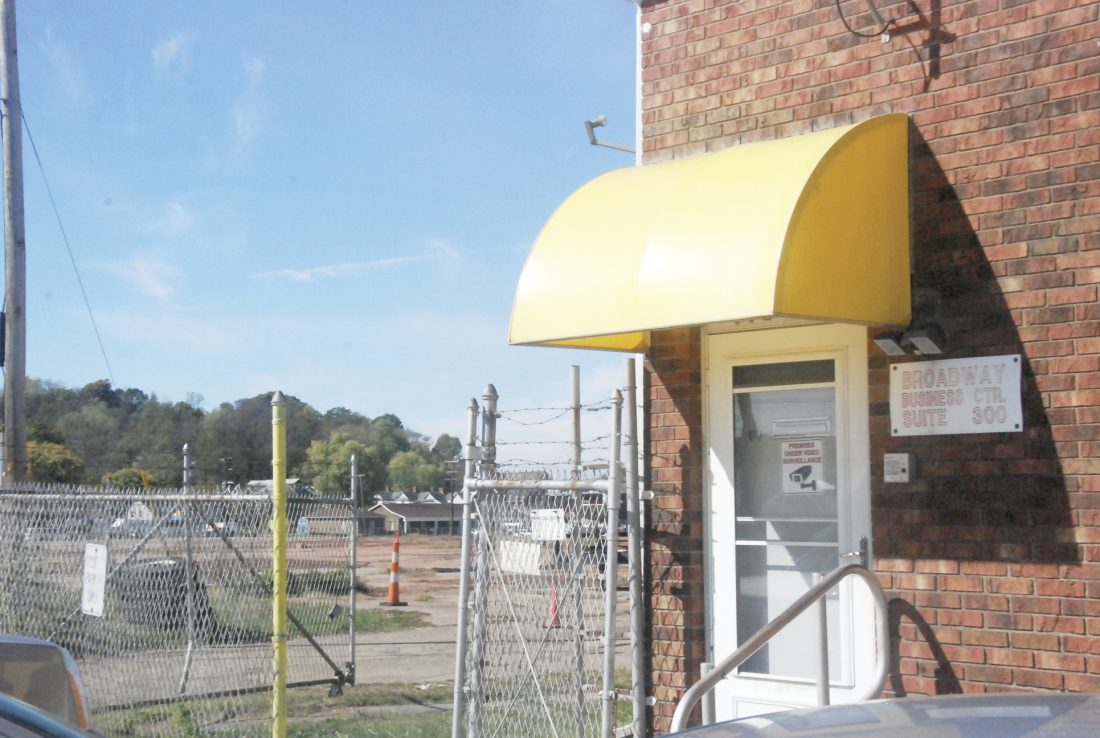 PARKERSBURG — Another lawsuit has been filed over damages from the fire that erupted two years ago at the Intercontinental Export and Import Plastics warehouse off Camden Avenue, this one by neighboring businesses.

In addition to IEI, multiple businesses in the Naik group of companies and owner Saurabh Naik, the suit names DowDuPont Inc. as a defendant, alleging the chemical giant sent material to businesses that did not properly dispose of them rather than dispose of the material themselves.

The suit was filed Friday in Wood County Circuit Court on behalf of Broadway Industrial Park Inc., American Riverboat Co., Taxi Leasing Ltd., O.B. Inc. and Junkyard Inc., all of which are located at 300 Broadway Ave., next to the now-vacant warehouse site, as well as Ransford C. and Shelia D. Heckert. West Virginia Secretary of State office online records list Heckert family members as officers in each of the companies except O.B. Inc., records for which were not immediately available.

The suit claims the plaintiffs’ properties were damaged by “smoke, soot, pollutants, air contaminants and noxious odors” released by the fire, as well as the use of millions of gallons of water needed to control and extinguish the fire. It seeks compensatory, special and punitive damages and demands a trial by jury.

An attorney for the Naiks had not responded to a request for comment Monday afternoon.

The IEI warehouse, located in the former Ames shovel plant on Camden Avenue just outside Parkersburg city limits, burned for 10 days in October 2017 before being declared extinguished. It was one of multiple locations in and around Wood County where Naik companies stored a variety of materials. As thick, black smoke rolled into the sky and a haze descended on the area, people questioned what had been in the facility and answers were not quick in coming due to a lack of available records.

The suit claims IEI and defendants Surnaik Holdings of WV, Sirnaik LLC, Polymer Alliance Services LLC and Green Sustainable Solutions LLC “are so intertwined as to be the alter egos of one another.” It alleges the companies and their employees “negligently and improperly constructed, maintained, occupied and/or operated the subject warehouse such that the resultant fire was foreseeable” and lists their “negligence and gross negligence” as among the causes of the fire.

The complaint notes concerns raised by local fire chiefs in 2008 and “a history of regulatory violations from the West Virginia Department of Environmental Protection … for failure to practice good housekeeping, failure to properly operate and maintain the facility, among many others.”

One of the companies from which material came into Naik facilities was DuPont. The lawsuit claims “the Surnaik defendants and its employees were not knowledgeable and not properly trained to properly inspect deliveries from DuPont and others because they did not care what materials it was receiving. (sic)

“The belief or idea that Surnaik defendants were providing reliable, safe and proper storage for DuPont’s non-conforming products, waste materials and byproducts was merely a sham which mutually benefited and rewarded the defendants,” it says.

The lawsuit goes on to say DuPont knew or should have known that the Naik companies “were improperly, recklessly and negligently operating warehouse storage services” because it was a matter of public record.

Dan Turner of DuPont corporate relations said Monday the company could not comment on the lawsuit since it had not yet been served.

This is the second time DuPont has been named as a defendant in a lawsuit over the fire. In the previous case, filed in 2017 in U.S. District Court for the Southern District of West Virginia, Ransford Heckert was one of the plaintiffs represented by attorneys that included Patrick McFarland, who is representing the plaintiffs in the new case.

That suit, Mohwish, et al, v. Surnaik LLC, et al, was voluntarily dismissed without prejudice under an agreement with plaintiffs on July 23, 2018.

When the first suit was filed, Turner said the company believed the claims were without merit.

“We do not know how IEI stored product and had no control on their distribution once IEI took ownership,” he said in an interview in November 2017.