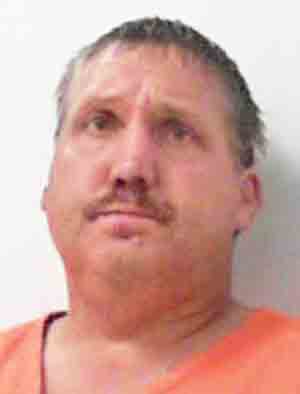 GRANTSVILLE — An Arnoldsburg man on Tuesday was charged with more than 100 counts of sexual abuse and child abuse with risk of injury occurring 17 years ago.

Tony Lee McCune, 44, of 4187 Arnoldsburg Road, was arrested by troopers of the Spencer Detachment of the West Virginia State Police.

McCune was arrested after he sent the alleged victim a Facebook friend request and she instead told authorities about what happened to her in 2002.

According to the criminal complaint from the Calhoun County Magistrate Court, the alleged victim messaged McCune to see what he wanted.

She presented the officers with the message thread which included messages regarding instances of sexual abuse from McCune and another person. McCune told the alleged victim that he was sorry for what he did, the complaint said.

McCune admitted to the assaults in the message, the complaint said. He attempted to make offers to the alleged victim for sexual favors and pictures in exchange for money, according to the complaint.

The abuse occurred at the home of the alleged victim in Arnoldsburg. She alleged the other person and McCune would drug her mother with sleeping medication and then proceed to take turns assaulting her approximately 100 times, the complaint said.

According to the alleged victim, while she was living in her mother’s residence in Arnoldsburg, McCune would come over every other day and assault her, the complaint said.

McCune is being held at the North Central Regional Jail in lieu of a $750,000 cash bond.