In 2018, administrators became aware of a large parcel of property in Ritchie County owned by the Wood County Board of Education. The property was deeded to the school system in 1965 to be a campground for employees of the school system. (Photo Provided)

Officials say the 273-acre property in Ritchie County contains a campground and large forested area. In the past, a golf course and pool also were located there, but no longer remain. (Photo Provided)

Grass covers the location of a former in-ground pool that has since been filled in. Officials say some amenities, such as electricity, bathrooms and playground equipment, remain on the site, but are in need of repair and upgrading. (Photo Provided) 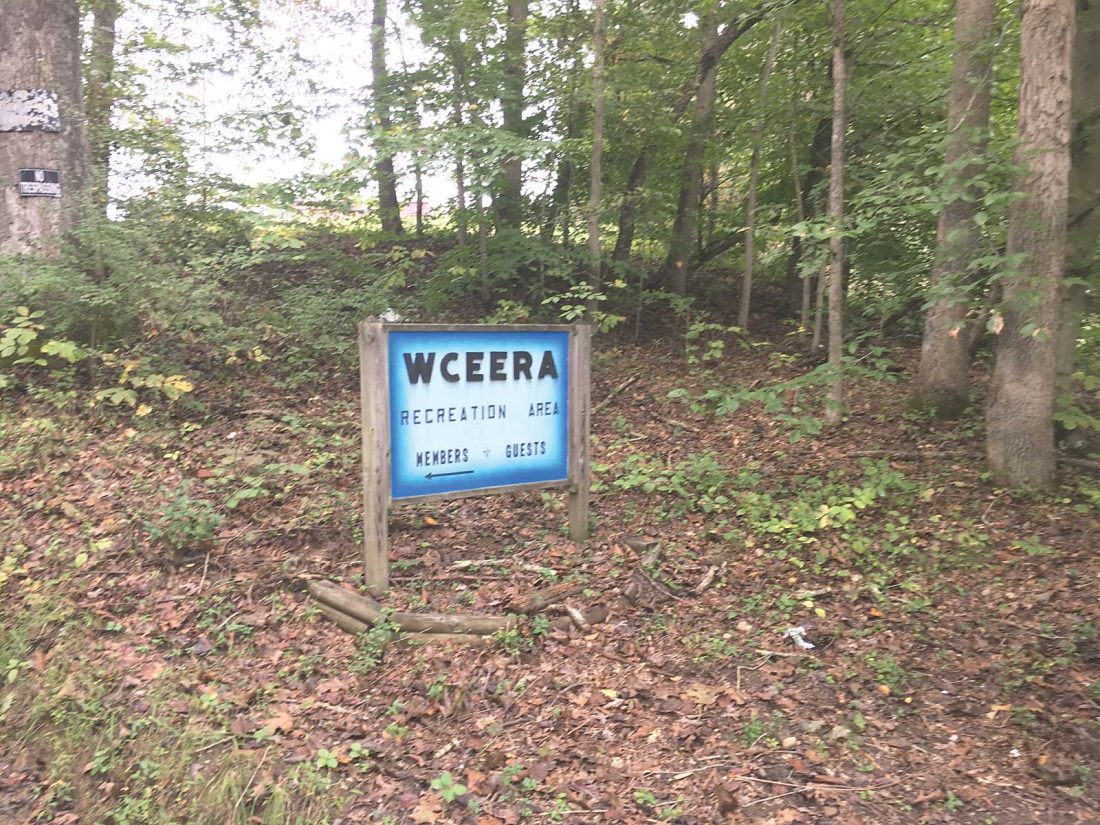 In 2018, administrators became aware of a large parcel of property in Ritchie County owned by the Wood County Board of Education. The property was deeded to the school system in 1965 to be a campground for employees of the school system. (Photo Provided)

CAIRO, W.Va. — Why does Wood County Schools own property in Ritchie County?

“That’s what I wanted to know,” said Will Hosaflook, Wood County superintendent of schools.

Hosaflook was hired as superintendent last year, officially beginning July 1, 2018. In September 2018, Hosaflook learned of a parcel of property owned by the Wood County Board of Education that was located near Cairo in Ritchie County.

The 273-acre property has been a well-known secret for more than 50 years, at least among some groups of Wood County Schools employees. Hosaflook said while previous administrations knew of the property, it was never formally advertised to the employees, and at least in recent years no financial presentations had ever been made to the school board.

Hosaflook said his first act was to inform the school board and assess the property. 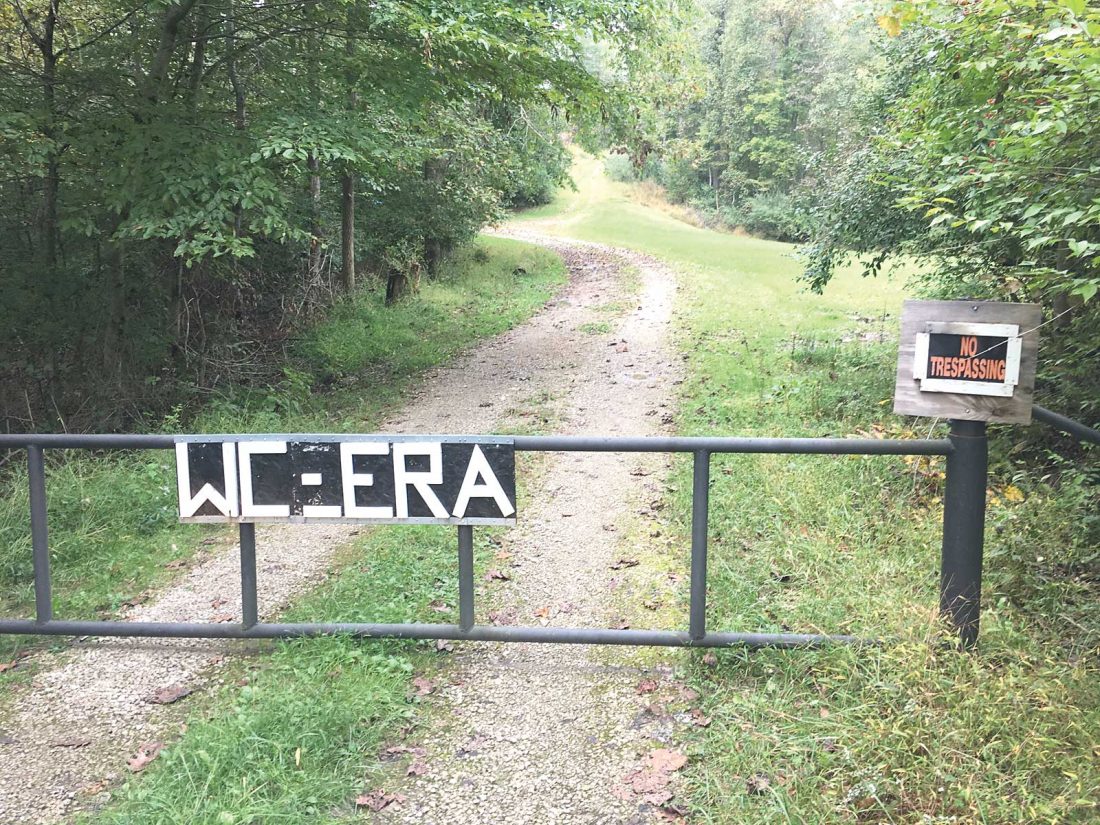 Officials say the 273-acre property in Ritchie County contains a campground and large forested area. In the past, a golf course and pool also were located there, but no longer remain. (Photo Provided)

“We went out and looked at the property,” said board President Rick Olcott. “We got directions and went out there. You go on these dirt roads and over a little bridge, and then there it is. We were just amazed.”

The two found sprawling grounds with about 20 campers and basic amenities such as bathrooms and electricity. The property once had an in-ground pool which has since been filled in, and many of the structures were aged and in need of updating.

The campgrounds are surrounded by woodlands.

“We just kept walking and looking at everything,” Olcott said. “I took pictures of everything.”

According to the original deed, the property is situated on the “North Fork of Hughes River, near the Town of Cairo.” The property also abuts the former Baltimore and Ohio Railroad, now part of the North Bend Rails to Trails path. 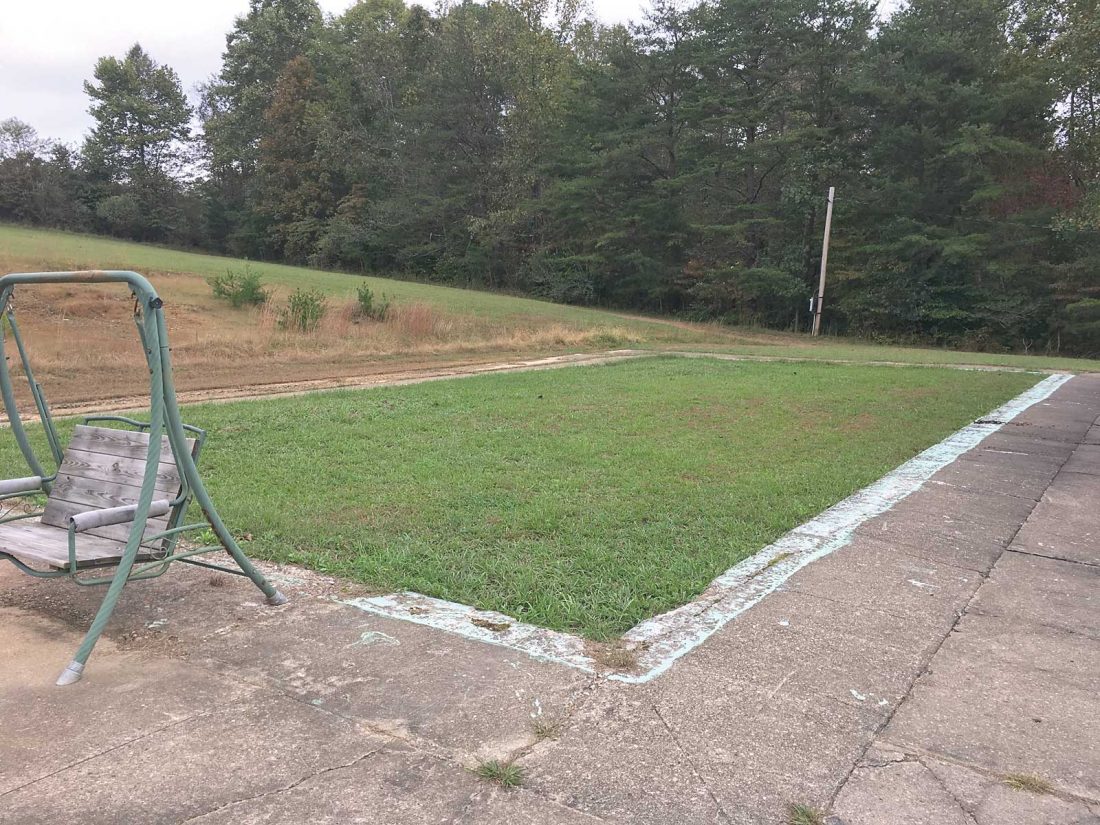 Grass covers the location of a former in-ground pool that has since been filled in. Officials say some amenities, such as electricity, bathrooms and playground equipment, remain on the site, but are in need of repair and upgrading. (Photo Provided)

Officials discovered the land had been given to Wood County Schools in 1965 to be a campground for employees of Wood County Schools. The original property, which included the Cairo/Carrell Golf Course, was donated by Gertrude Carrell Douglas and Edwin P. Douglas through T.L. “Betty” Harris to the Wood County Board of Education.

Olcott said while he’d heard employees talk about camping or hunting in Ritchie County, he never realized it was on property owned by Wood County Schools.

“I’m a little embarrassed. I was on the board for eight years prior to this term, and I didn’t know it was there,” Olcott said.

The Wood County Education Employees Recreation Association was created to oversee the property and continues to do so to this day, Olcott said.

“They were handling everything: Collecting dues, maintaining the property,” he said. “They were walking down to the sheriff’s office and paying the taxes.”

Hosaflook said he found those tax documents were being forwarded to the association, which was part of the reason why administrators began to look into the property.

“The first thing we did (when we found out) was pay the taxes” for this year, Hosaflook said. “It’s our property, we should be paying that. We’re going to work out with the association how those will be paid (in the future).”

Olcott said officials found at one point the property was about 350 acres, but pieces have been parceled off over the years, including some sections now owned by Ritchie County Schools. Historical documents indicate a baseball field was left to the Ritchie County Board of Education, and an abandoned Cairo Elementary School stands on a piece of property near the Wood County Schools property.

Ritchie County Schools officials were unsure about the properties when first contacted and did not return subsequent calls seeking comment.

Olcott said historical records indicate during the 1970s-80s the WCEERA had about 300 members, and the grounds were in constant use.

“Schools would take field trips there,” he said. “They’d do nature walks.”

But Olcott said the association did not actively advertise the property, and membership was mostly based on word of mouth. As employees left the school system, the membership numbers dropped dramatically, and now only a few dozen members remain.

Since officials rediscovered the property last year, they have been working on a plan to revitalize both the campground and the association.

Hosaflook said he has been helping the association update its bylaws and to comply with all codes and requirements. The association is now required to have liability insurance on the property and to provide financial records on dues and expenditures over the years.

Hosaflook said the group also is registering with the state as a recreation association.

Olcott said the association has begun advertising the property to Wood County Schools employees to increase membership and to keep the property self-sustaining.

“We’re giving them every chance to continue doing this, but to do it properly,” Olcott said.

Both Hosaflook and Olcott said the property will be zero expense to the school system, and the association will pay for all updates and upgrades to the campground.

According to Ritchie County tax documents, the property has been assessed at a value of about $165,000, but Hosaflook said the district does not own mineral rights.

“That was the first thing I checked,” he said. “I don’t think we could even sell it for that amount.”

“We had to be careful where we walked so we didn’t go onto someone else’s property,” he said.

Olcott said he wants to see the Ritchie County property continue to be used for its intended purpose, as a campground for Wood County Schools employees.

“That was the intention when it was given to Wood County Schools and I think we should honor that,” he said.

The idea comes with a caveat, he said. If it is not brought up to code, if insurance is not maintained on the property, if employee interest is so low the association cannot support itself, the board would look at selling the property.

“Mr. Hosaflook will bring it to the board for review in the near future,” he said.