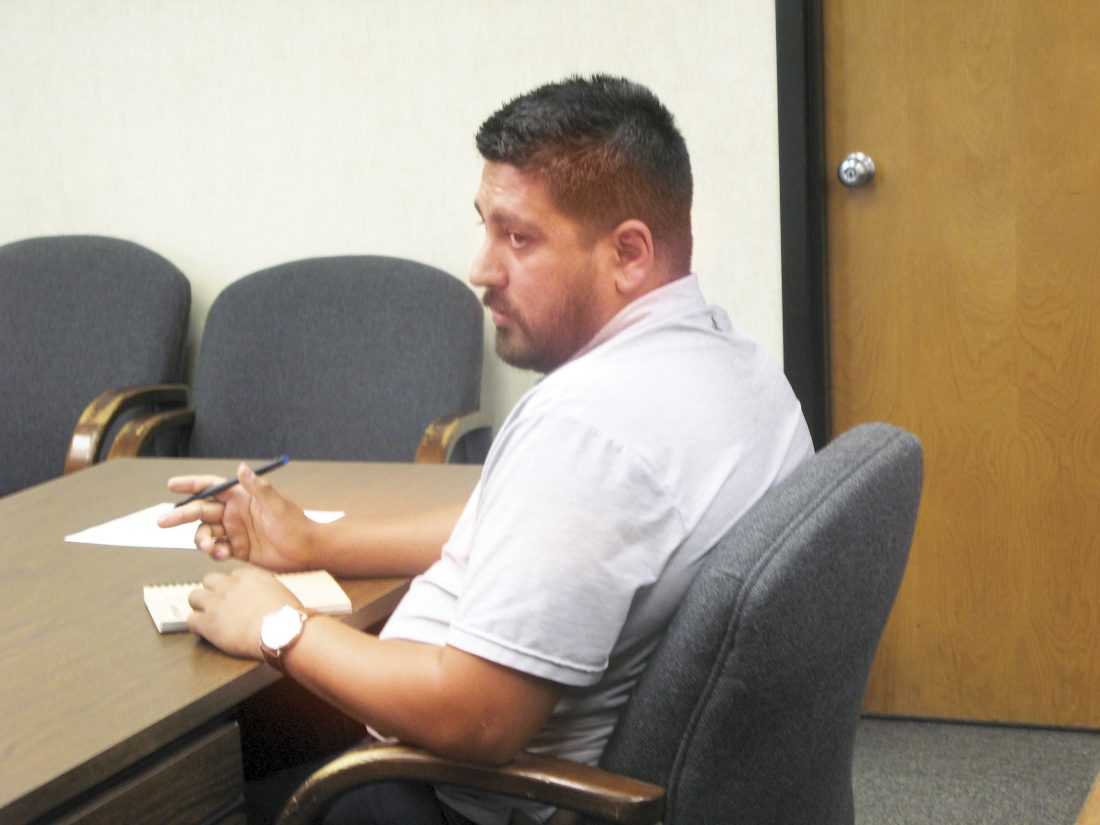 PARKERSBURG — The Naik companies are paying the past-due money they owe the City of Parkersburg and Wood County, a representative of the businesses said Monday.

“One hundred percent of our city and county fees have been mailed out on Friday,” Sunny Naik said during a status hearing in Parkersburg Municipal Court.

The hearing was not related to the $73,073.54 in unpaid municipal fire, floodwall and police fees, which the city filed suit in Wood County Circuit Court to recover in late August. Monday’s proceeding dealt with citations for fire code violations at various properties in the city where Naik businesses store plastics and other materials, often for recycling.

“It’s been rough, to say the least,” he said, referring to the amount of money spent making improvements to the companies’ facilities.

The buildings came under scrutiny from state and local authorities following an October 2017 fire that destroyed a large Naik property, the Intercontinental Export and Import Plastics warehouse at the former Ames shovel plant just outside city limits off Camden Avenue.

Naik and Parkersburg Fire Chief Jason Matthews have been appearing before Municipal Court Judge Debra Steed to discuss efforts to correct the violations over the last several months. So far, two of the original 20 citations Matthews issued in December have been enforced, while 11 have been dismissed.

The latest dismissal — of a citation over the lack of a sprinkler inspection for a building at 3107 Gateman Drive — came Monday. Naik said the building has been cleared out and will soon be demolished.

Steed asked about the status of repairing and getting sprinklers inspected at 625 Depot St. At the previous hearing on July 22, Naik said five of 17 sprinkler systems weren’t working and the building’s roof would need repaired before they could be fixed.

On Monday, Matthews said representatives at the property informed him only one of the 17 systems was not operational. That one must be repaired after the roof work, which could cost up to $500,000, Naik said.

Those sprinkler systems were the subject of one of the citations Steed enforced, for a fine of $187. Matthews subsequently issued another, which carried a penalty of $487 due to changes in court guidelines.

Also enforced with a $187 fine was a citation for sprinkler systems lacking inspection at 814 Jeanette St. Four of the six were operational, but a July 22 deadline to have the other two converted to dry systems was not met. Matthews issued another citation for that issue, with a potential fine of $497.

“By the end of the week or so, parts should be ordered” for the new systems, Naik said.

In keeping with standard practice for similar violations, Steed on Monday scheduled an Oct. 21 trial on the newest citations and ordered Naik to post a bond of $984. At the trial, she said, Naik can be represented by counsel and offer evidence.

Matthews said although it’s been a lengthy process, the properties are headed in the right direction.

“They are still progressing with things and working with us,” he said.

Evan Bevins can be reached at ebevins@newsandsentinel.com