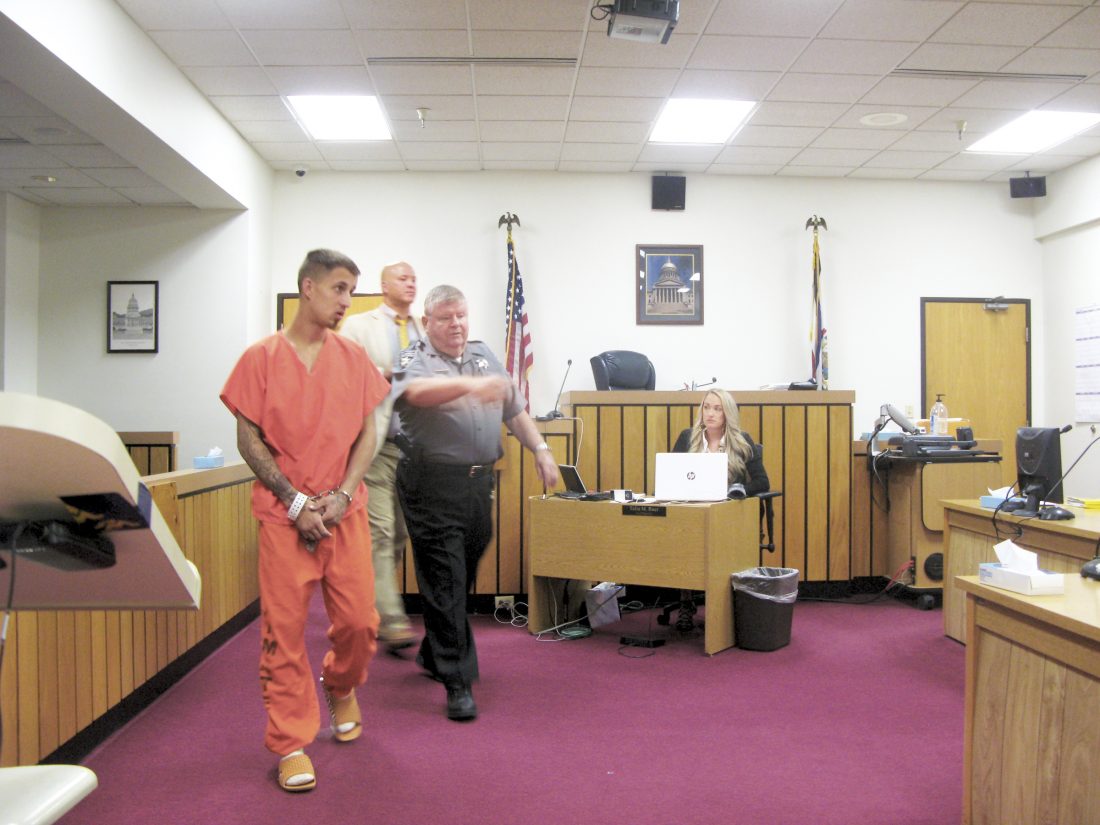 PARKERSBURG — A suspect in the murder of a 68-year-old Parkersburg woman was ordered held without bond Monday afternoon.

Parkersburg resident Michael Wayne Leadmon, 22, was arrested Wednesday on a charge of murder in the killing of Karen Yeager, whose body was found two days earlier beneath the Fifth Street Bridge. A 17-year-old, whose name has not been released due to his age, has also been arrested in connection with the murder and is being held in a secured juvenile facility.

Wood County Prosecutor Pat Lefebure asked Circuit Court Judge J.D. Beane not to set bond for Leadmon, given the “brutal nature” of the crime. He said Leadmon and the juvenile forced their way into Yeager’s 3805 Broad St. residence and she confronted them.

“She was struck, she was strangled, and she was stabbed, leading to her death,” Lefebure said.

He also noted Leadmon was out on probation from a conviction for unlawful entry. His probation had already been revoked once, Lefebure said.

Leadmon’s attorney, Joe Munoz, did not make a motion on bond since Leadmon was also facing the probation violation.

Beane ordered Leadmon held without bond, then moved on to the probation violation arraignment. A preliminary hearing on that charge was scheduled for 2 p.m. Oct. 3 before Wood County Magistrate Brenda Marshall.

Marshall will also preside at a preliminary hearing on the murder charge, slated for 3 p.m. Wednesday.