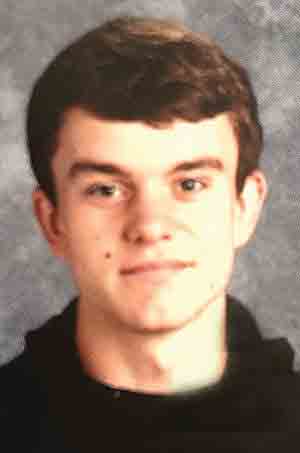 SPENCER — The community of Roane County suffered the loss of Alex Miller, a 17-year-old senior on the Roane County High School football team, Friday evening during the Raiders’ game against Clay County.

Miller collapsed during the game and was immediately given medical attention that was unsuccessful in reviving him.

Roane County Schools was opened at noon Saturday to provide residents with support from counselors and pastors, according to the Roane County Schools Facebook page. Later that evening, a candlelight vigil was held at County Stadium where mourners came together to commemorate Miller’s life and support each another.

Richard Duncan, superintendent of Roane County Schools, said attendance was in the hundreds.

Supporters circled the track single file. The football team came out with their candles lit and proceeded to light all the candles held by the supporters. 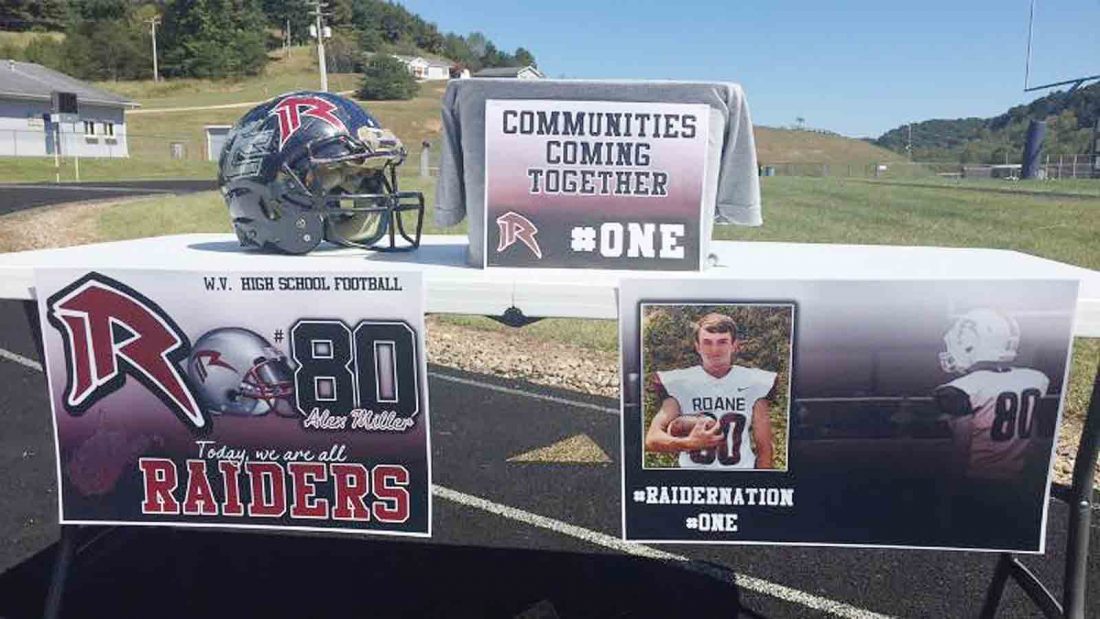 Duncan, along with Russell Stump, one of the football coaches at the high school, said a few words about Miller. Duncan said some people didn’t hear the news until Saturday morning and they wanted an opportunity for everyone to come together.

In support of Miller’s family, donations were raised over the weekend. According to Angela Trammell, secretary of Ritchie County High School, what started out as a Facebook post resulted in raising $7,646.54 for the Miller family within a three-hour time span.

Trammell said Joy Riddle, a Ritchie County resident, shared a post to “mother of football boys past and present” to invite residents of the community to go to the Ellenboro area to collect donations. The post was shared and several other counties came to help take donations.

Representatives from schools in Ritchie and Pleasants counties, Parkersburg South, Williamstown and Belpre high schools came to help along with churches that presented a check. Trammell said pledges are continuing to come in and that a final dollar amount will be available at the end of the week.

Residents of the Doddridge County community showed their support to the Miller family by hosting a vigil at the new Cline Stansberry Stadium Sunday afternoon. 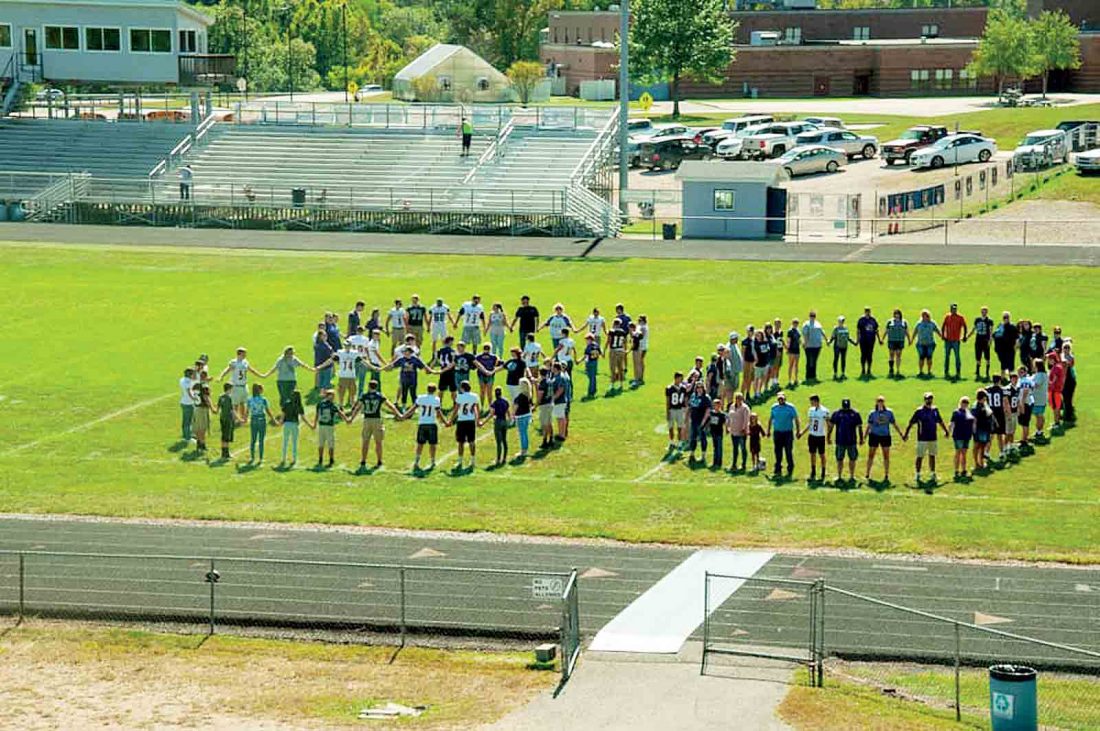 Students from Ritchie and Pleasants counties and from Williamstown, Parkersburg South and Belpre high schools collected donations for the family of Alex Miller. They formed the number ‘80,’ Miller’s football number. (Photo Provided)

Bambi Boring heard about the Ritchie County involvement and knew some of the community wouldn’t be able to make it to Ellenboro so they decided to have their own ceremony. Football players, cheerleaders and residents of the community, around 150 in attendance, paid their respects to Miller and his family.

“We need to let them know we’re praying for them,” Boring said.

“I’ve been hearing more and more as the day goes on, more stories about Alex’s life. They’re dealing with it in their own way,” Duncan said.

On Monday, school counselors from Wood, Clay, Calhoun and Gilmer counties were available at Roane County High School to assist in grief counseling, Duncan said. Other counties have offered their assistance along with the West Virginia School Psychologists Association.

“Everyone’s been ready to help. That’s been great,” Duncan said.

“Roane Raider Tuesday” takes place today as locals and people around the state wear Raider maroon in support of Miller. Duncan said local shops are running out of Raider merchandise due to residents wanting to share their support for Miller and the family.

A Go Fund Me account was created by Britney Schoolcraft “as part of the Genesis Miletree Center family to show our support for the family at this time of mourning,” she said.

A goal of $10,000 was set to give to Miller’s mother to help cover funeral expenses. As of Monday afternoon, $13,342.00 was raised for the family. To donate, visit https://www.gofundme.com/f/roane-county-football-player-alex-miller.