Diocese seeks to have case dismissed 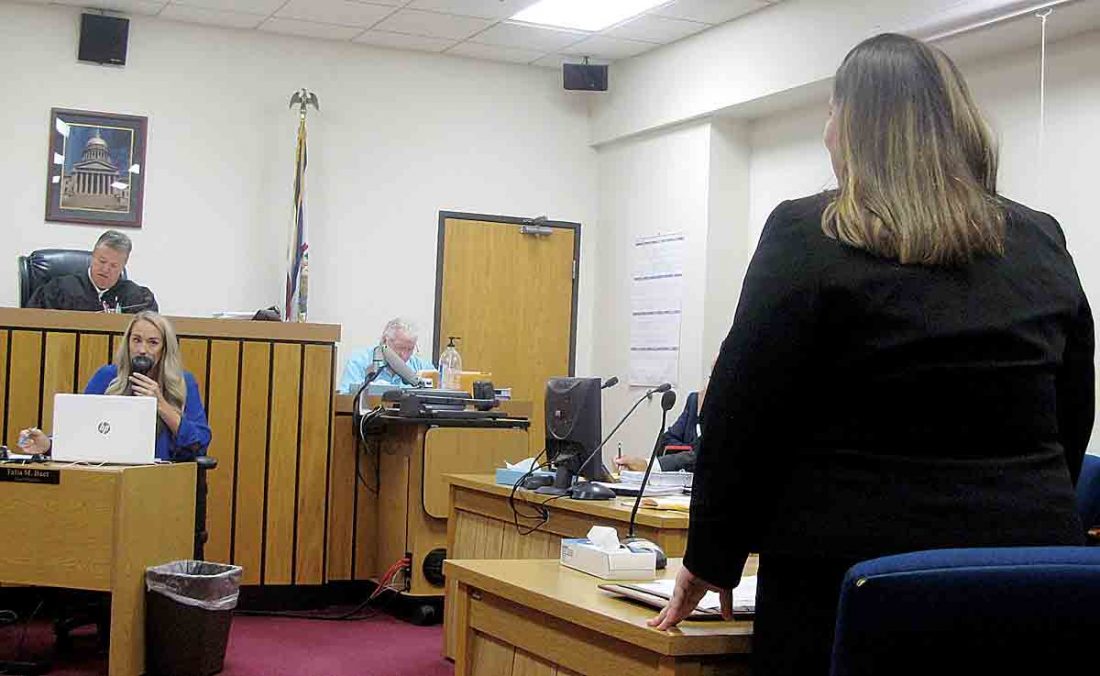 Lindsay S. See, solicitor general for the West Virginia attorney general, speaks to Wood County Circuit Court Judge J.D. Beane Tuesday during a hearing to dismiss a lawsuit against the Diocese of Wheeling-Charleston. The suit by Attorney General Patrick Morrisey was filed in Wood County in March. (Photo by Jess Mancini)

PARKERSBURG — Attorneys argued Tuesday the Diocese of Wheeling-Charleston is being held to a different standard in a lawsuit against it by the West Virginia attorney general.

A hearing on a motion by the diocese to dismiss the lawsuit brought by Attorney General Patrick Morrisey earlier this year was held in Wood County Circuit Court before Judge J.D. Beane.

The lawsuit claims the diocese violated the West Virginia Consumer Credit and Protection Act in its advertising for not disclosing to parents that clergy and employees were credibly accused of abuse in Wood, Ohio, Brooke and Hancock counties. The attorney general also said the diocese failed to perform adequate employee background checks.

Such disclaimers are not required for other businesses or employers in the advertising of their services, including other schools and universities, said James C. Gardill, an attorney for the diocese.

“I don’t know of one that is held to this standard,” Gardill said.

The diocese has established an internal safety policy, its Safe Environment program, he said. The attorney general’s lawsuit would be an unconstitutional incursion into the internal affairs of the church, Gardill said.

The central issue is the diocese violated the Consumer Credit and Protection Act by failing to make the disclosures in its advertising, said Lindsay S. See, solicitor general for the Office of the Attorney General. The diocese has a history of failing to disclose past employee abuses and if credible allegations would be made against other institutions, they, too, would be investigated, she said.

Beane said he would review the motion to dismiss.

Morrisey after the hearing issued a press release that called Tuesday’s hearing a “pivotal hearing” in the case against the diocese. The lawsuit is not an attempt to dictate how the diocese can hire, teach and operate, but to enforce state law requiring honesty in advertising, he said.

“We are pleased and appreciate having had our day in court,” Morrisey said. “These allegations are very serious, and we are hopeful now that we can begin a process of bringing true transparency to this ordeal and ensure compliance with our state’s consumer protection laws.”

A comment was not immediately available from the diocese.

See was accompanied in the hearing by Douglas L. Davis, an assistant attorney general in the Consumer Protection and Antitrust Division. Gardill was accompanied by attorneys Richard N. Beaver of Phillips, Gardill, Kaiser and Altmeyer of Wheeling and Christopher A. Brumley of Flaherty Sensabaugh Bonasso of Charleston.

Plaintiffs are the diocese and Michael J. Bransfield, the former bishop.