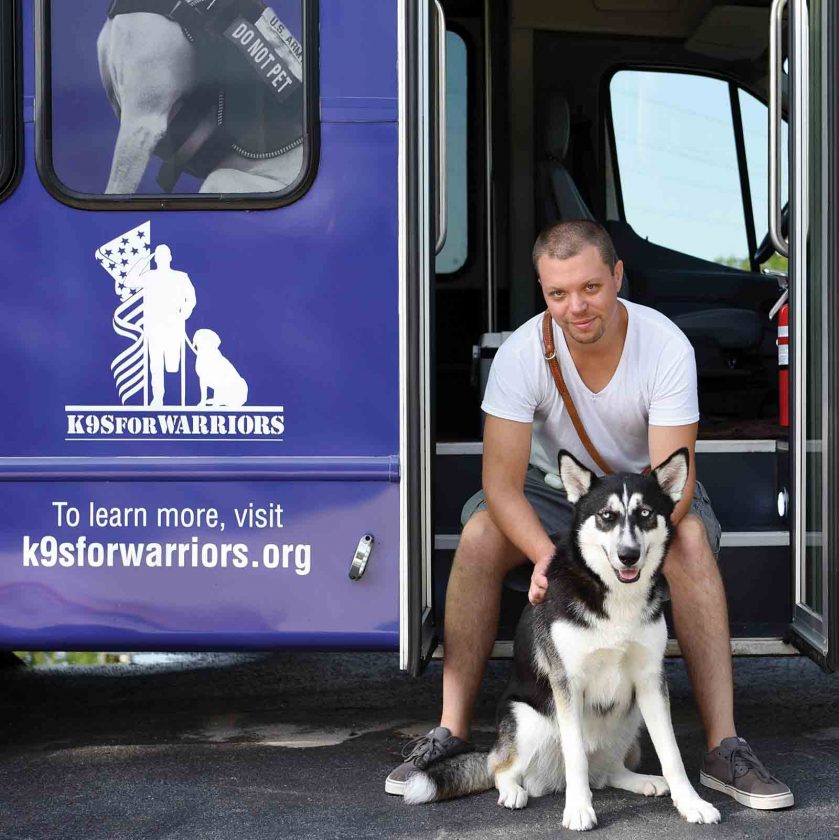 Veteran Lewis Morris of Parkersburg and his dog, Lexi, which he acquired from K9s for Warriors. (Photo Provided)

The rescue-turned-service dog was trained to helped Morris manage symptoms of Post-Traumatic Stress Disorder that resulted from his military service.

Morris received the dog upon applying to K9s for Warriors.

“I hope to not fall into deep depression,” Morris said. “I want to be able to go out into public more and not feel alone.”

Upon arrival at K9s for Warriors, Morris was paired with Lexi, who had already completed formal canine training in the months prior. Along with the other members of their class, the team trained in public every day, received instruction on matters of service dog access, dog health care and more, and established a bond that would facilitate Lewis’s healing from the invisible wounds of war.

“There’s an epidemic of veteran suicide in our country. Service dogs are a proven method of alleviating the debilitating symptoms of PTSD — like suicidal ideation,” Rory Diamond, K9s For Warriors CEO, said. “They not only get our veterans back on their feet, but they also help them regain a sense of normalcy in their lives. Most veterans with PTSD think they’ve lost that forever.”

K9s For Warriors is a national nonprofit organization that takes eligible shelter dogs and trains them to be service dogs to mitigate symptoms of PTSD, traumatic brain injury or military sexual trauma for post-9-11 service members and veterans.

It operates from two facilities in North Florida that procure and train the dogs, pairing them with an incoming veteran, then training the veteran and dog together. After three weeks with the new service dog, the veteran has learned how to reintegrate into society and, most importantly, reduce suicidal ideation.

K9s for Warriors is the nation’s largest provider of service dogs to military veterans suffering from post-traumatic stress disorder, traumatic brain injury or military sexual trauma as a result of military service post-9-11.

For more information, go to k9sforwarriors.org.