PARKERSBURG — The Wood County Commission approved a de-annexation of a piece of property in Vienna to be put back under the jurisdiction of the county.

The commission voted 2-1 Monday to approve the de-annexation of properties, listed as 1, 2, 3 CM Tavenner Addition, from the City of Vienna. Commissioner Robert Tebay voted against.

Vienna City Attorney Russ Skogstad and property owner Jim Leach appeared before the commission Monday for a scheduled public hearing on the matter.

Leach is a local attorney and a Vienna city councilman. Leach and Skogstad said Leach recused himself from any action the city took in regard to the petition which was approved by Vienna City Council. Leach owns property that is in the city and the county along the Ohio River.

Leach had previously appeared before the commission to explain why he wanted the property de-annexed. He owns property in that area that falls both in the City of Vienna and in the county.

The reason for the change is to be consistent with contiguous properties in terms of regulations, Leach said. Because the county governs most river frontage, it makes sense for these properties to be under the jurisdiction of the county, he said.

Officials discussed the former business, Sensation on the River, and how the original owner wanted video lottery machines and the county did not approve it so the owner got it annexed into the city of Vienna to be able to get approval for those machines. That business owner thought the machines would make the business more viable in the long term. It did not.

When asked by Commissioner Jimmy Colombo if he felt this request was unusual, Leach said it was unusual the property was annexed into the city in the first place.

Leach has said he is not planning to develop the property.

”I plan to maintain this as legacy property for my family,” he said.

Officials estimated Leach will save around $230 in property tax and fees annually.

∫ The commission unanimously approved a $405,000 bid from TelConn Inc. to erect a communications tower in the Belleville area. The company has erected around 250 towers across the state and surrounding states.

Last year, the county entered into an agreement with Chemours to use a piece of ground the company owns around the W.Va. 68 and Pine Run area near an old landfill site to erect a 340-foot communications tower.

Wood County 911 Director Rick Woodyard said the price of steel has gone up and the county is negotiating aspects of the project, but it should not prevent the project from moving forward.

Woodyard said they are expecting to break ground on the tower within the next few weeks with the electrical, foundation and other work starting soon. He believes it will take two to three months to built the tower.

First responders have dead areas in this county in regard to communications which this new tower will help addess, Wood County Sheriff Steve Stephens said.

The county received $420,000 for a project to expand cell service in the area through the Public Service Commission’s Tower Assistance Fund. The county will retain ownership of the tower, but anyone who wanted to co-locate on the tower would have to negotiate with Chemours because it owns the land, officials said.

They will be able to put systems in place that will serve all the emergency responders in the area and throughout the region.

The new tower will be a transmitter site where if a tower goes down in the county, officials can reprogram that site to transmit out. Jackson County emergency personnel will be able to piggy-back off that tower improving its communications.

CHARLESTON — The West Virginia Board of Education met in emergency session Friday to appoint Deputy ...

CHARLESTON — After spending 16 days on the inactive calendar, a bill supported by the Speaker of the House of ...

A West Virginia man was apprehended Friday evening through the joint efforts of local law enforcement and community ... 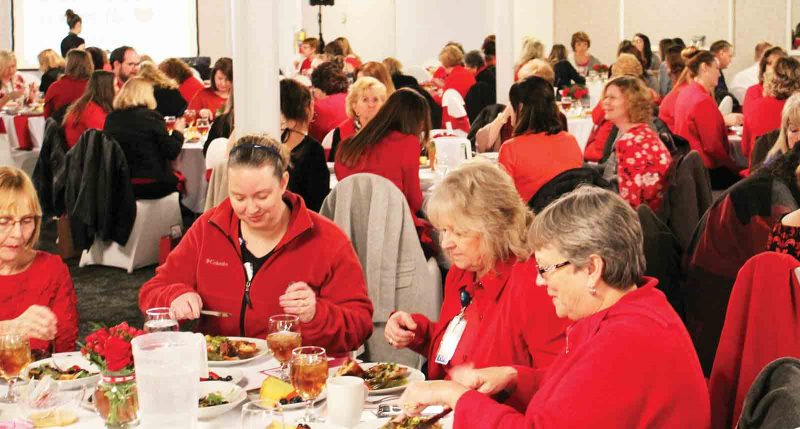 PARKERSBURG — Before Parkersburg City Council gets to work on the 2020-21 budget, it will be asked to allocate an ...