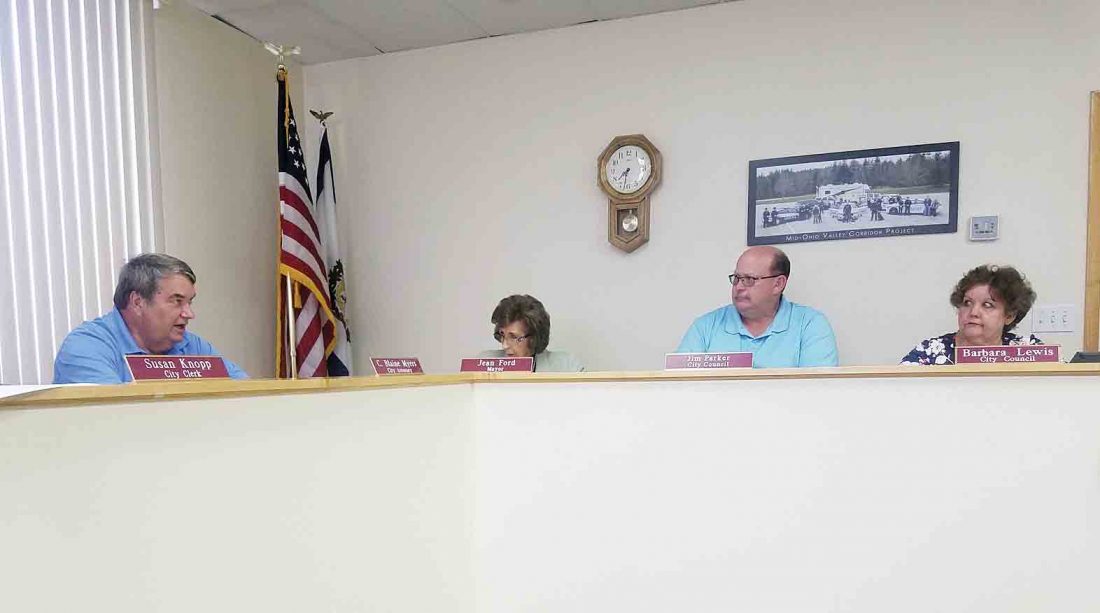 WILLIAMSTOWN — The proposed 50-cent raise for city workers, to go into effect retroactive to July 1, the beginning of the new fiscal year, passed on first reading at Tuesday’s Williamstown City Council meeting.

This would increase everyone’s annual pay by $1,000, said council member Marty Seufer, who is in charge of the city’s finances.

Seufer and council member Jim Stage agreed that when they begin planning the budget for the next fiscal year (2020-2021), the city should look into making changes to the city’s insurance policy.

Williamstown pays 100 percent of the insurance cost for employees, and Seufer proposes they look into changing that number to 80 percent.

At the next meeting, council will vote on an ordinance appointing the Board of Zoning Appeals to act under the International Property Maintenance Code (IPMC) and imposing penalties for violations of the IPMC.

City Attorney Blaine Myers said council should adopt an ordinance on the penalties for violations. Myers has drawn out a notice as a standard form for the violations consistent with the code.

Mayor Jean Ford brought up her concerns on the amount of young children not wearing helmets when on bikes or other recreational equipment in the city. Ford wishes to remind citizens that there are laws requiring those under 16 to wear a helmet for safety precautions, and the city will be addressing the enforcement of these rules.

The west side of Roseland Avenue from Sixth Street to Ninth Street will be added to the no parking ordinance.

There is a possible water leak between Knottingham Manor and the motel, which is being looked into.

Announcements made at the meeting included:

∫ A meeting of the Board of Zoning Appeals is Monday at 6 p.m.

∫ A Bee City meeting is Monday at 6 p.m. at the City Building.

∫ The city auction will be Aug. 3 at 6 p.m. at the Williamstown Auction House.