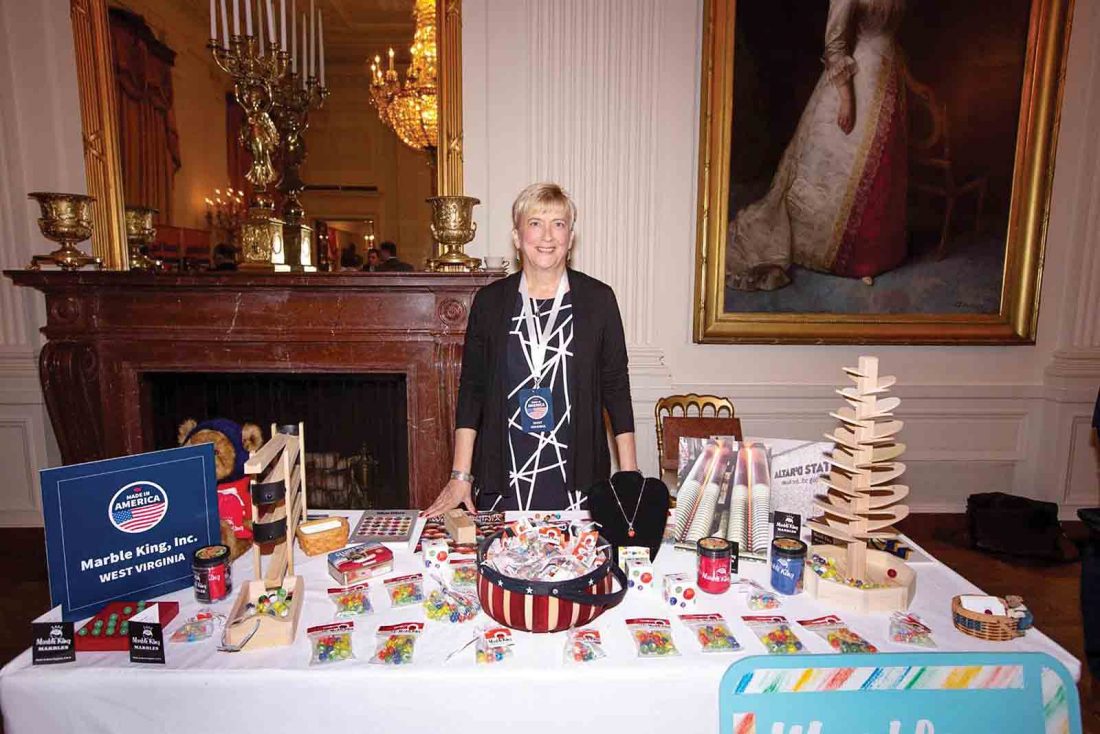 Marble King Inc. President and CEO Beri J. Fox displays items in the East Room of the White House Monday at the Made in America Product Showcase. (Courtesy photo by Caleb Spencer)

WASHINGTON, D.C. — A Paden City marble manufacturer represented West Virginia Monday at the White House in the Made in America Product Showcase.

Marble King Inc. was selected to participate in the third annual showcase at the White House, which began Monday on the south lawn and continues through the week. It features a business from each of the 50 states.

Beri Fox, president and CEO of Marble King, was enthusiastic about her business being chosen.

“It’s an honor to be asked to attend,” she said. “Everyone at Marble King is very excited with the opportunity to have our marbles featured. … We look forward to introducing our marbles to representatives from all 50 states.”

A press release from the White House said they were happy to play host to businesses from across the country.

“In today’s booming economy, President (Donald) Trump and his administration are proud to tout businesses that create jobs and support our local communities,” the release stated.

Marble King maintains an exhibit of the business’ history and products at the Grave Creek Mound Historical site in Moundsville.

Founded in December 1949, Marble King moved to Paden City after its St. Marys factory was destroyed by a fire in January 1958, according to the company’s website.