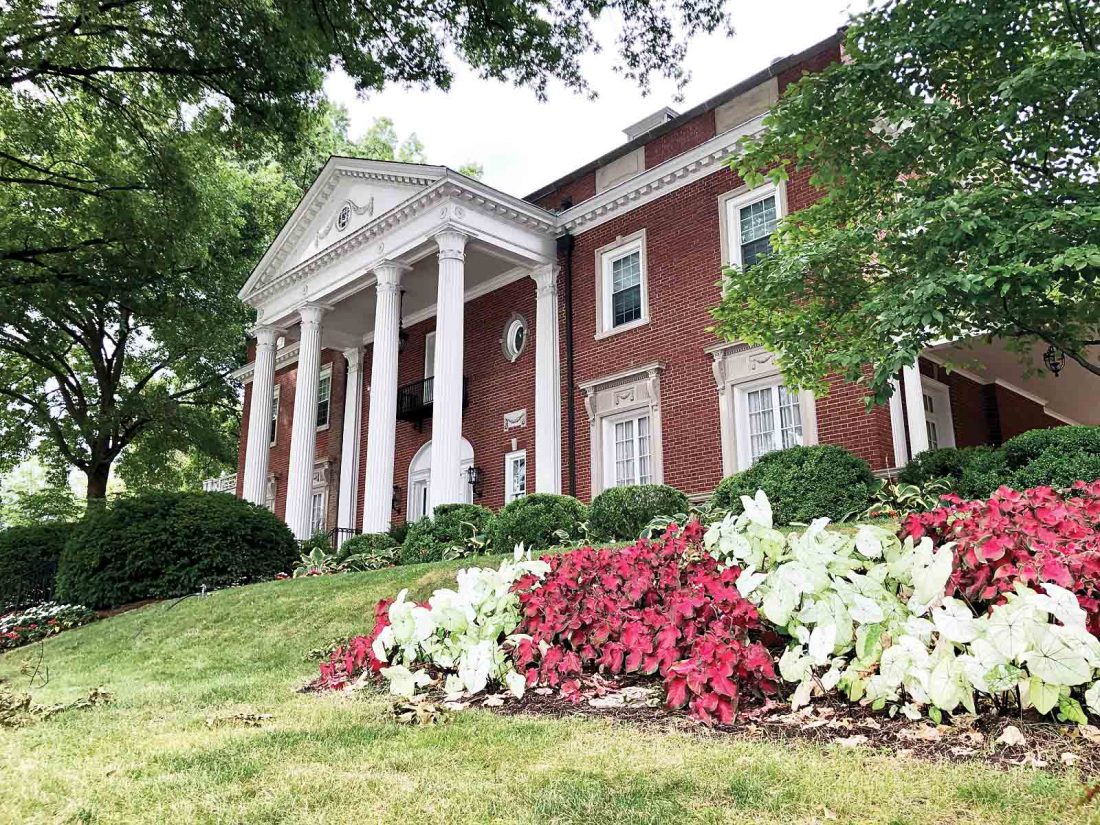 Photo by Steven Allen Adams The Governor’s Mansion adjacent to the Capitol in Charleston.

CHARLESTON — A lawsuit brought by a member of the House of Delegates asking a judge to require Gov. Jim Justice reside in the state capital will continue on, according to an order released Wednesday.

Kanawha County Circuit Judge Charles King rejected a motion Wednesday by attorneys for Justice to dismiss the lawsuit brought by Delegate Isaac Sponaugle, D-Pendleton, that would require the governor to abide by the West Virginia Constitution, which states that members of the Board of Public Works must reside in the seat of government.

“I’m pleased with the court’s decision,” Sponaugle said in a statement. “The Court affirmed that my writ of mandamus is the appropriate legal action to enforce and bring into line Jim Justice’s conduct as governor.”

Sponaugle’s requests for documents include Justice’s tax returns, Capitol and Governor’s Mansion security logs, logs showing when and where the governor’s State Police detail was with him, security expenses, mansion expenditures and any official document stored at or sent from Justice’s Lewisburg home.

“The next phase in the case is to gather facts on where Jim Justice has resided since he became governor,” Sponaugle said. “The court will hear the facts then decide if Jim Justice has been faithfully abiding by his oath of office as governor or willfully ignoring it. I don’t believe he has been faithful to his oath of office, but time will tell. The facts won’t lie.”

Sponaugle, a Pendleton County attorney and a four-term member of the House of Delegates, filed suit against Justice in December, his third attempt and his second time before King.

The first residency lawsuit against Justice by Sponaugle was filed in June 2018 in Kanawha County Circuit Court. That case was dismissed after the state was not given a 30-day notice before Sponaugle filed his petition. The writ was filed again at the the West Virginia Supreme Court of Appeals, which was rejected in September.

Justice is represented by attorneys David Pogue and Mike Carey, a former U.S. Attorney for the Southern District of West Virginia.

Jordan Damron, a spokesperson for the Governor’s Office, said the evidence will show that Justice is doing his job.

“Right now, Governor Justice’s odometer reads 142,566,” Damron said. “Each and every one of those miles was logged in our great state in less than two years. He pays for every gallon of his gas and every meal for the hardworking state troopers who work at his side. He’s out meeting with local leaders and regular people from every corner of our state because that’s what a Governor should do; he’s not looking for a gold star for sitting behind his desk every day,” Damron said.