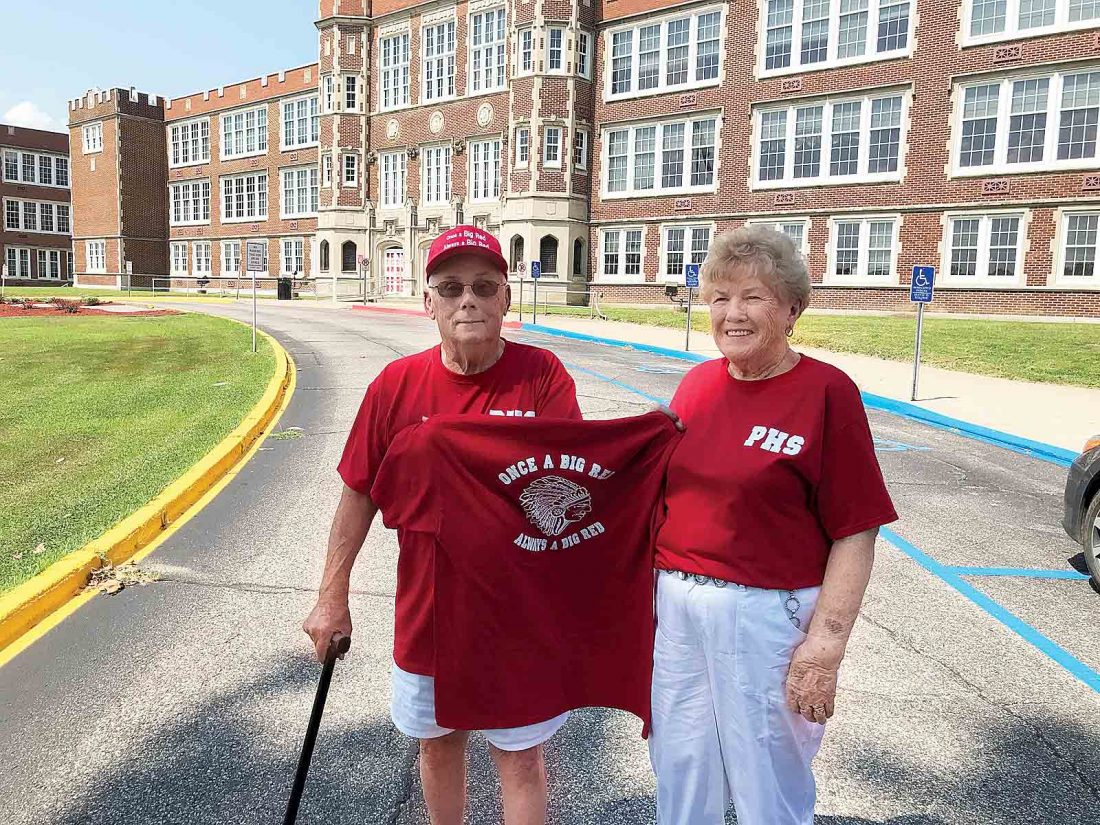 PARKERSBURG — Roger Stoops wore a red shirt with the words “Once A Big Red Always A Big Red” on it during an event last summer in celebration of Parkersburg High School.

Those at the picnic liked the shirt so much they decided to have T-shirts made with this slogan on them for the second annual “Once A Big Red Always A Big Red Rally” from 5-8 p.m. Thursday at Dils Riverfront Park in Vienna.

Some of the T-shirts were distributed to students at PHS. If any shirts are leftover, they will be given out at Thursday’s rally.

Hot dogs, cheeseburgers, sub sandwiches and salad will be provided, free of charge, at the picnic to Big Red fans, supporters, coaches and students, said an organizer. The rally is being provided by Big Red supporters.

Stoops, 78, a 1960 graduate of PHS, was a member of successful sports teams at the high school. 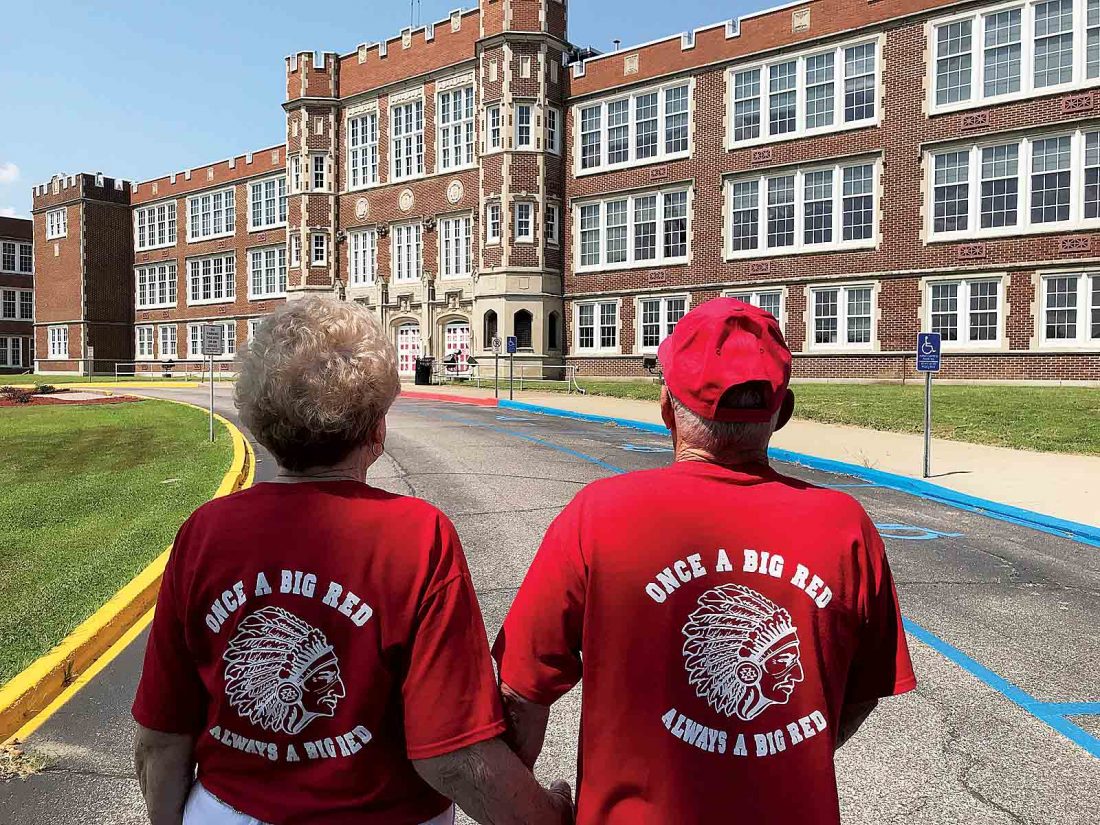 Nancy and Roger Stoops show the words on the back of the Parkersburg High School T-shirts as they look at the high school. (Photo by Paul LaPann)

Parkersburg High School was a great school with great teachers, Stoops said of his days as a Big Red.

“The teachers cared about you and expected you to do the right thing,” Stoops said.

Stoops said it was easy to hitch a ride in town while wearing his Big Red jacket during his high school years.

After graduation from PHS, Stoops worked at Ames and DuPont.

Stoops’ wife, Nancy, had the Big Red shirt made for him for last summer’s PHS rally at Dils Riverfront Park.