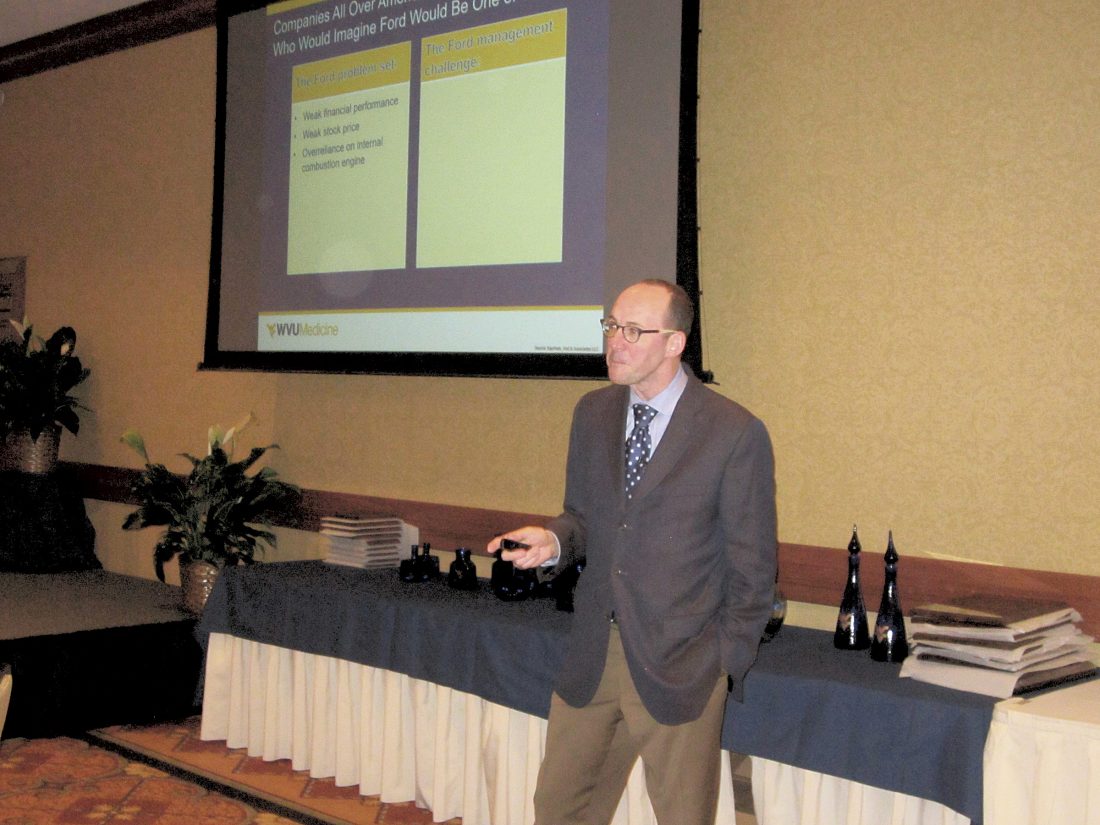 Over 40 community physicians were honored for years of service, ranging from five to 47 years, and another 14 were recognized for their contributions as they retire.

The guest speaker was Albert Wright, president and CEO of the West Virginia University Health System and WVU Medicine.

Wright, who holds a Master of Health Administration degree from The Ohio State University and a Doctor of Pharmacy from the University of Florida, spoke on the state of health care and trends for the future. Wright titled his presentation “From Now to Near to Far” and talked about health care and medicine as it looks now, how it is expected to change in the mid-term and possible trends in the future.

“There are some interesting things happening in health care right now,” he said, describing mergers occurring at and among various corporations and companies.

He also talked about what he expects the health care system to look like in five, 10 and 15 years.

“What’s interesting is that when you are going from now to near to far in health care, today we live in a volume world. It’s a lot of things we do to people and we’re incentivized to do things to people,” he said. “We’re moving into a value world where it’s value over volume and how we keep people healthy.

“We’re going to live in those two worlds for a while and you’re going to have a foot in each world,” Wright said.

Looking ahead, Wright believes such an effort will benefit everyone.

“This partnership, this integrated delivery and financing system will allow us to shift resources upstream to incentivize our hospitals, our providers and insurers to keep people healthier. That is going to be transformational for us,” he said.