Proposal would reduce precincts from 69 to 38 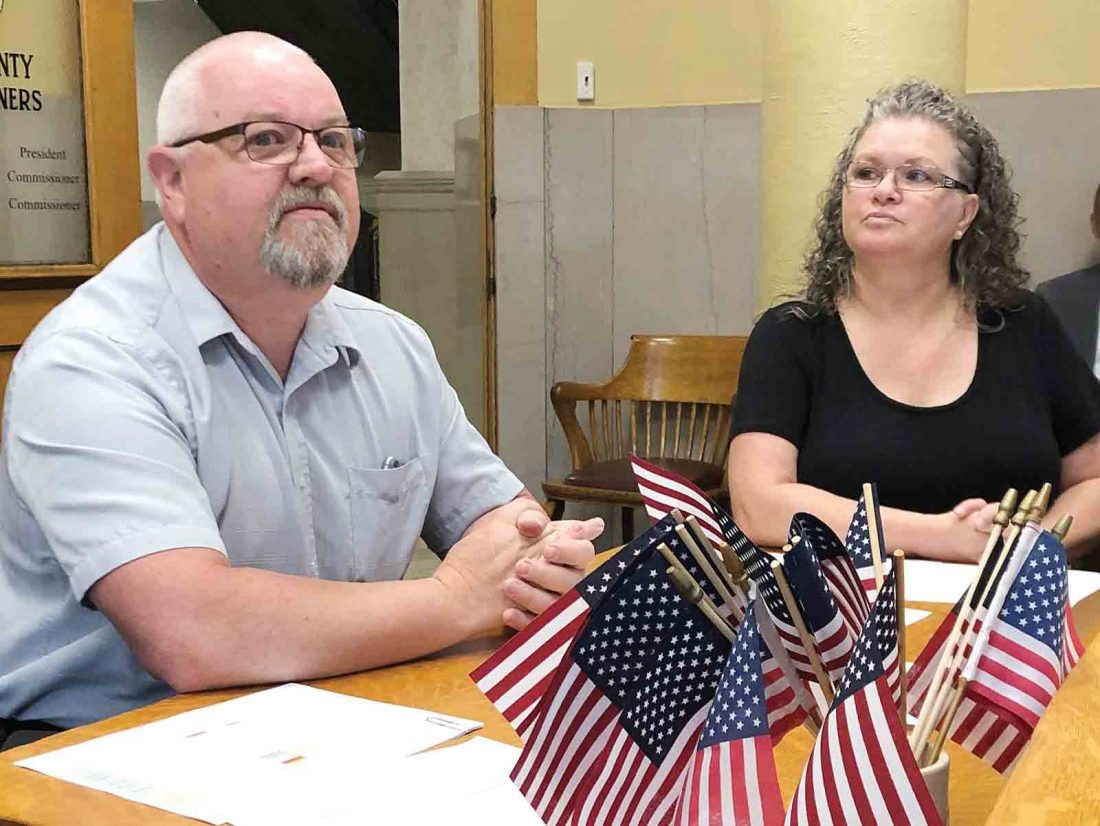 PARKERSBURG — The Wood County Clerk’s Office wants to consolidate the number of voting precincts in the county from 69 to 38.

”That is mostly dual-precinct locations,” Ross said of different voting precincts operating in one location.

Commission President Blair Couch said voting precincts have a maximum of 3,000 people each.

”None of them would go over,” Ross said of the proposed consolidations.

She said they get calls regarding a precinct number where some people go to a location, where two precincts are located, and can stand in line for a long time only to reach the head of the line and find out they were supposed to be in the other line for the other precinct.

”I am trying to alleviate that confusion at the polls,” Ross said.

Other precincts have different delegate races. If those were combined into one location, those would require a A-Z poll book for everyone there and the ballot would reflect the proper race the person is voting in.

In one proposal, Precincts 75, 77, 71 and 71U would be consolidated from Fairplains Elementary and Edison Middle School to all be housed at Edison.

Other locations combined two to four precincts into a single location.

”Having one precinct would cut down on confusion of where people need to go,” Commissioner Robert Tebay said.

Officials would want the consolidation to be complete by the 2020 Election.

The commission has agreed to put the full proposal out for public comment. Rhodes said he will put their initial proposal on the county website for people to look over and comment there. He said meetings would have to be conducted with the local executive committees for the Republican and Democratic parties as well as the League of Women Voters and others to discuss the consolidation in greater detail.

Commissioners suggested numbering the new precincts 1-38, or what the final number ends up being, to simplify the process and avoid confusion.

The commission unanimously approved two precinct changes in the meantime.

With Waverly School as one of the schools the Wood County Board of Education is proposing to close, Rhodes wanted to move the two precincts at the school to the Waverly Volunteer Fire Department.

The only other place that could have housed the precincts would have been the Waverly Library at the school.

”Both precincts are a good size and are active and busy,” Rhodes said. ”If they consolidate, they can increase the number of poll clerks and the number of election equipment.”

All of the precincts formerly at Parkersburg South High School were moved to Franklin Elementary when the school was being remodeled and were never moved back. Rhodes wanted them moved back to PSHS.