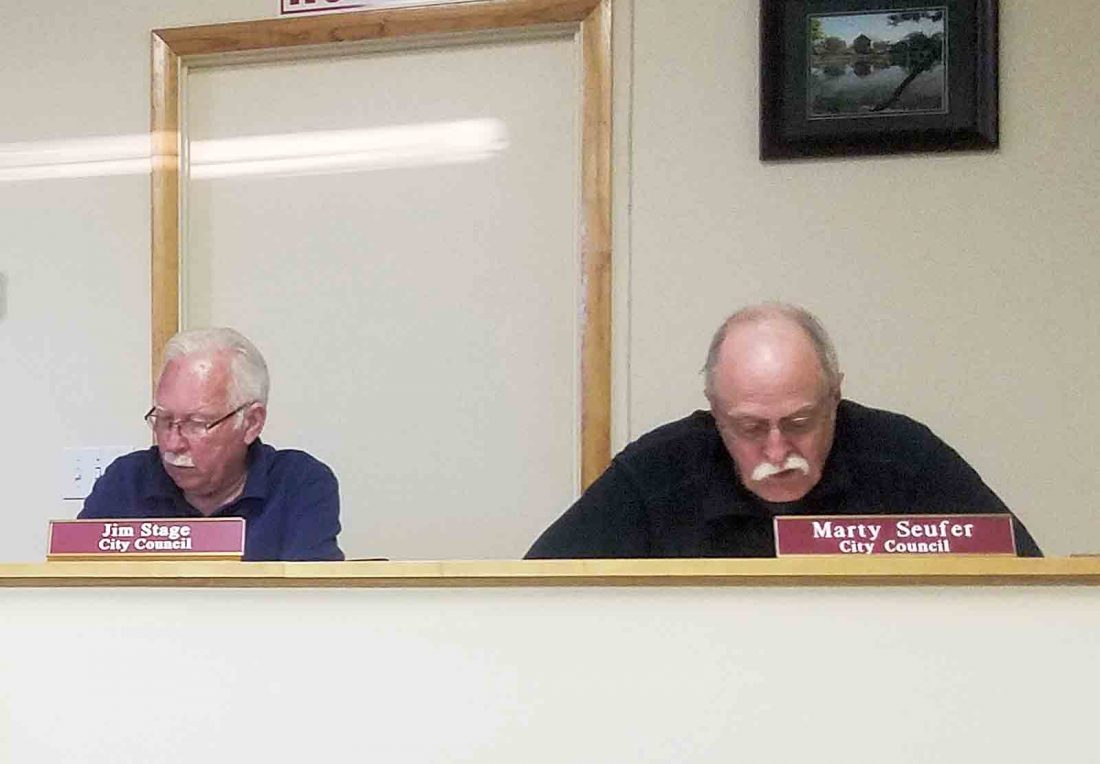 Council also approved the start of construction on a building for the community to use for baseball and softball practice during rainy and cold weather.

“The building will be out near the ballfields,” said council member Jim Stage.

Stage said the building won’t cost the city any money to build.

“Dr. Steven Eddy, a local chiropractor, and other businesses or locals have donated everything from materials and money to labor,” he said.

The 40-foot by 80-foot building will have bathrooms and an open area for batting practice, pitching practice and exercising, Stage said. It is unknown when the building might be completed.

Also discussed at the council meeting were the 2015 International Property Maintenance Code for health and safety of the town and the no parking ordinance.

Council passed the first reading to adopt chapter one of the maintenance code.

Building official David VanHorn originally brought the issue to council’s attention in March, saying he would like council to adopt the code.

“I have the same maybe eight people who blow grass into the streets and maybe eight who don’t pick up their trash,” VanHorn said.

VanHorn said adopting the code would give the city a process to follow to enforce the rules.

The board of appeals for the code will be made up of three people from the board of zoning and three volunteers, Stage said. According to Seufer, the fee will be “no less than $50 and no more than $500 per occurrence, after a citation has been issued.”

Williamstown City Attorney Blaine Myers will be writing a civil infraction for the code.

The no parking ordinance is being drafted by Myers and the city will vote on it at the next meeting.

“There are many streets that are too narrow for cars to park safely on both sides with the amount of traffic that travels on it,” Stage said.